TIFF 2018: Five things you missed at the Quincy premiere

Quincy Jones, Chaka Khan and Mark Ronson performed while Rashida Jones spoke about her father in the Q&A 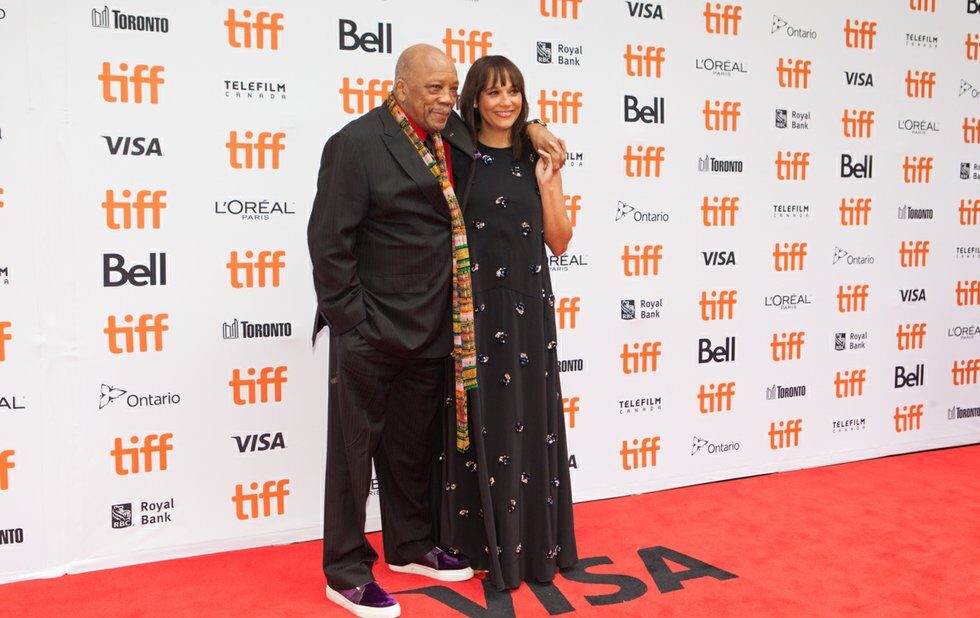 Quincy Jones, Chaka Khan and Mark Ronson were the musical talents on display at the Princess of Wales Theatre on Sunday (September 9). They were celebrating the premiere of the Netflix documentary, Quincy, co-directed by the legendary producer’s daughter, Rashida Jones, alongside Alan Hicks.

Quincy hits Netflix on September 21 for all to see, but TIFF attendees got to view it on the big screen projected in 4K. They also got to witness these five things.

The affection between father and daughter Rashida and Quincy was obvious, not just on screen but on stage during the post-screening Q&A. There were hugs and kisses. The co-director spoke admiringly of her father and the experience telling his story — “constant inspiration and tears” — before acknowledging how awkward it was to speak about him in third person while he was right there. “I’m sorry, Dad.”

2. Quincy Jones having fun with his age

“This is what happens when you’re 85,” joked Quincy, after he had a hard time hearing what the moderator, TIFF’s co-head Cameron Bailey, was saying (into a microphone). “He said thank you, Dad,” Rashida announced into her father’s ear, after Bailey’s multiple attempts to express gratitude for the doors Quincy opened.

At one point, Bailey hinted at Toronto’s own essential moment in jazz history, referring to the live album recorded in our city. Legends Charlie Parker, Dizzy Gillespie, Bud Powell, Max Roach and Charlie Mingus first recorded together as The Quintet.

Bailey asked Quincy whether there was any talent he regrets not working with.

“I was supposed to do Whitney’s first album,” he answered, naming her at the top of other projects skipped because he didn’t have the time to commit. He had a pretty good excuse though. “I was too busy with Michael [Jackson].”

5. A live performance by Chaka Khan

“I’ve been working with Chaka since before electricity,” joked Quincy, before the live musical performances that followed the Q&A.

Rashida and Hicks had to awkwardly riff a bit while the instruments and sound equipment were set up on stage. The performances began with two jazz greats Quincy produced: Alfredo Rodriguez and Richard Bona.

Then came the main event: an original song from the film performed by Khan and Ronson, except that Khan wasn’t really up to performing that much. Instead, singer Yebba Smith shared the stage with the headlining performers, singing in place for Khan while the latter “bippidity-bop-wopped-doo-dah’ed” through bits.

At one point Smith even asked Khan to take it away, only to get more of the same from a largely disappointing show.