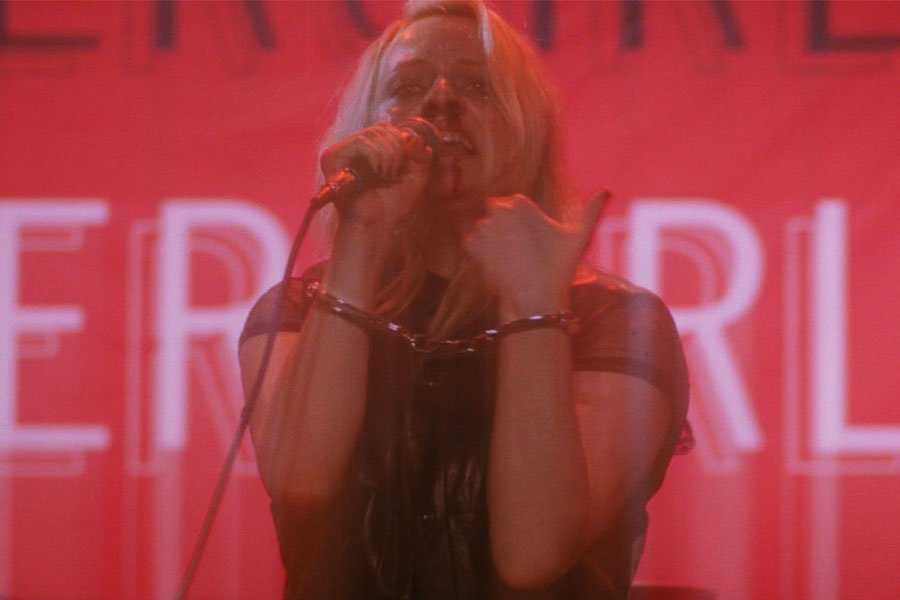 Looking over this year’s Platform contenders – the dozen feature films, most of them world premieres, in competition for a $25,000 cash prize at the Toronto International Film Festival next month – one starts to detect a theme.

There’s Nicole Kidman, her distinctive cheekbones buried under makeup to play a Los Angeles cop trying to reconcile her years undercover with a drug gang in Karyn Kusama’s Destroyer there’s Patricia Clarkson, playing a homicide detective who confronts the chaos of the universe while investigating the death of an astrophysicist in Carol Morley’s Out Of Blue, an adaptation of Martin Amis’s Night Train.

Here’s Elisabeth Moss as a newly sober punk rocker trying to record a new album in Alex Ross Perry’s Her Smell here is Judith Hoffman as a Christian animal researcher whose placid life is shattered when an ex-lover re-enters her life after serving two decades in prison for murder in Simon Jaquemet’s The Innocent. And here are Jamie Bell and Frank Grillo facing off as bare-knuckle fighters in Tim Sutton’s Donnybrook, which opens the Platform series on September 6.

Benjamín Naishtat’s Rojo is about the political turmoil of 70s Argentina finding its way to a sleepy town in the middle of the country Alejandra Márquez Abella’s The Good Girls, based on the novel by Guadalupe Loaeza, looks at privileged life in Mexico in the early 80s, just before the country’s debt crisis.

Do you feel it? There’s an intensity to the Platform titles that feels new, or at least more concentrated.

“I think there’s just an increased intensity in all of our daily lives,” says Piers Handling, who’s programming his last Platform series this year before retiring as TIFF’s director. “There’s an intensity in the world right now. We’re reading about world issues all the time it’s incessant. There seem to be no moments of relaxation, no moments of pause the way there were 10, 15 or 20 years ago. And filmmakers have always been the antenna of societal changes – they sort of read the zeitgeist – so I think they’re very much in that zone right now.”

Other films in the section include Cities Of Last Things, a sci-fi-tinged thriller from Taipei-based director Ho Wi Ding Emir Baigazin’s The River, about five young Kazakh brothers coping with a tragedy, and the closing-night feature Jessica Forever, which may or may not have fantasy elements, from Caroline Poggi and Jonathan Vinel.

The closest thing to a prestige costume drama is Emmanuel Mouret’s Mademoiselle de Joncquières, a tale of indignity and revenge starring Cécile de France and Édouard Baer that sounds like this year’s Lady Macbeth. The other historical entry, Markus Schleinzer’s Angelo, concerns the childhood of Angelo Soliman, an African sold into slavery and installed as Vienna’s “court moor” in the 18th century.

“Some major film stars really want to engage in a gritty way with real subjects,” he says, “and they’re prepared to work with independent filmmakers to do that. We’ve noticed that trend over the last 20 years. And I think with these films in particular they’re going a step further in terms of the subject matter, in terms of the challenges they’re looking for. Elisabeth Moss and Nicole Kidman are phenomenal in the two films, they really are. And I think some of the other major actors, like Jamie Bell, are on display here as well in material that’s really interesting.”

Asked for a recommendation – not for the jury, just for the audience – he thinks for a bit, then offers four.

“I really like the two police films, Destroyer and Out Of Blue, and I really like the two Latin American films, Rojo and The Good Girls,” he says. “These films kind of speak to a wider world, to wider issues. Which is ultimately what we’re trying to do with the festival as a whole, not just look at movies as movies, but make people look at movies as instruments of social change, or just creating awareness.”

I ask Handling if it’s really sunk in yet that this will be his last festival as a programmer. He says he hasn’t had time.

“As of the end of this year, I will no longer be a TIFF employee. I’m doing a couple of things in the fall, but then for the first time in 36 years I will not actually be putting any program of films together for the public of Toronto.

“I’ll miss the programming,” he admits, “but there’s a few other things I will not miss. I get my summer back, and as you get older and older there’s only so many of them left in your life, and you need to grab them.”

The Toronto International Film Festival runs September 6-16. More information on this year’s Platform titles is available on the festival’s website. Titles in TIFF Docs and Midnight Madness programs will be announced tomorrow (August 9).