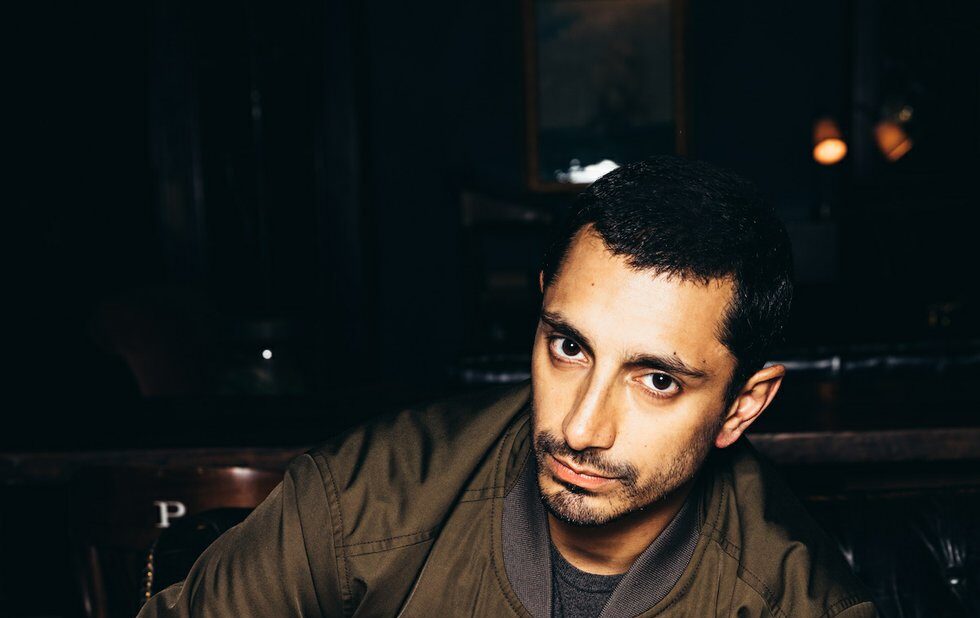 When Riz Ahmed comes to TIFF this week, it won’t be his first rodeo. But it will be for his first Western.

The Pakistani-British actor has come to the festival a few times before – as a member of the ensemble in Ben Drew’s Ill Manors, as the lead in Mira Nair’s The Reluctant Fundamentalist and as Jake Gyllenhaal’s cameraman (and eventual patsy) in Dan Gilroy’s Nightcrawler.

But that was before 2016, when he went supersonic.

First came his Emmy Award-winning performance as a traumatized murder suspect in HBO’s The Night Of then he co-starred in Rogue One as heroic pilot Bodhi Rook he also shot two episodes of the final season of Girls, a role that let him show off the musical skills he usually only deploys when performing as one-half of the hip-hop duo Swet Shop Boys.

After breaking big, people started seeing him differently. Which is how he ended up in The Sisters Brothers playing a kindly chemist in 1850s Oregon, the target of the eponymous assassins played by Joaquin Phoenix and John C. Reilly – and, perhaps, the key to their salvation.

“Hermann Kermit Warm was written as a 55-year-old white dude,” Ahmed says. “And I’m playing him, you know? When I started out, I wasn’t sure I’d ever get to be a cowboy in a Western. That’s what I am now.”

Well, sort of. The first English-language film from French auteur Jacques Audiard (A Prophet, Dheepan), The Sisters Brothers – based on Canadian Patrick deWitt’s Governor General’s Award-winning novel – isn’t really a cowboy picture, though it does take place in Oregon and California in the early 1850s.

“It’s a historical tale in one sense, about a moment in time and the making of America – that convergence of idealism and opportunity,” he says.

Ahmed sees the film as a comment on the second, more recent California gold rush in Silicon Valley.

“Silicon Valley is all about tech guys going, ‘Hey, technology can save humanity and make the world a better place,’” he says. “The film is resonant and relevant as well as being really instructive about our past, I think it’s telling us about where we are right now.”

It’s true that everyone tends to say this about whatever project they’re selling, but Ahmed doesn’t have to force it.

There’s something in The Sisters Brothers – which takes place at a point in American history where some embraced progress while others were willing to do anything to stop it – that very consciously speaks to our current global moment.

“I think that when people are in an uncertain time, they cling to the familiar,” Ahmed says.

“And nothing is as deeply rooted in the human psyche than the idea of tribalism. I think we’re seeing the rise of this kind of nativist xenophobia across not just the West, not just the industrialized and developing nations, but all around the world. It’s a response to the chaos of modernity, like, the chaos of being hyperconnected, for better and worse to losing control, not just of corporations but of the connection itself. People want to cling to the familiar, and that leads to a certain kind of nostalgia, which just necessarily excludes people.”

He means people of colour, of course, who always seem to be whitewashed out of the vision of America made great again – or a post-Brexit Britain.

“I think it’s also important to realize this isn’t the first time it’s happened, and it won’t be the last time,” he says. “You’d think history would be linear, but it’s really a kind of sine wave. We come together, we pull apart.”

And – just like Hermann Kermit Warm – Ahmed sees a better future waiting, if people are willing to work for it.

“This is going to sound so fucking corny, but, like, personal connections, man!” he says. “I mean, at least that’s something I try to tell myself, that culture and art have a role to play in this. Just the whole act of empathizing with a character who doesn’t look like you, doesn’t sound like you, isn’t the same shape as you. I’d like to believe that that can be powerful.”

Ahmed’s certainly been doing his part, pushing for representation both on and off the screen.

In addition to chasing roles outside his specific ethnicity – what he’s called “the Promised Land, where you play a character whose story is not intrinsically linked to his race” – he’s funnelled his encounters with racism into his work, writing eloquently for the Guardian about being detained at Luton airport on his way back from the Berlin Film Festival premiere of The Road To Guantánamo, and rapping about airport security with Swet Shop Boys – their single T5 dropped during the 2016 presidential campaign.

Ahmed is an actor of remarkable range and striking vulnerability. His versatility has been evident ever since he followed Michael Winterbottom’s docudrama The Road To Guantánamo with Charlie Brooker’s comic-horror miniseries Dead Set, about a zombie attack on the Big Brother house. (It’s on Netflix, check it out – you’ll be amazed.)

His role as a member of Rogue One’s consciously multiracial ensemble marked a major elevation for him in terms of visibility. (He’d played a tech billionaire in Jason Bourne earlier that year, but that role didn’t lead to an action figure.)

Later this fall he’ll appear opposite Tom Hardy in Sony’s Spider-Man spinoff, Venom. Big franchise pictures come with bigger paycheques, but that makes it easier to commit to smaller, stranger projects like The Sisters Brothers.

“You’re involved in a creative pursuit, obviously there are certain repercussions and considerations,” he says. “Something I did a lot before was think, like, ‘How can [project] A help me get to [project] B, which is what I really want to get to?’ I think a little less like that now. I try and think about, ‘Is this something I want to do, in and of itself?’ Like, if this is the last thing I’m doing, would I be okay with that?’ I’m just trying to approach things like that, quite honestly, because I don’t think tomorrow’s promised in the same way.”

“This isn’t some kind of personal morbid fixation or anything. I think we should be able to go, ‘If this is your last thing, how are you living it?’ If it’s your last job, you should do it for the right reasons.

“I’m 35 now, I’ve been acting for 13 or so years, and I’m really trying to push myself and push the medium, however I can. Do a few things that I’m really interested in and keep pushing the envelope.”