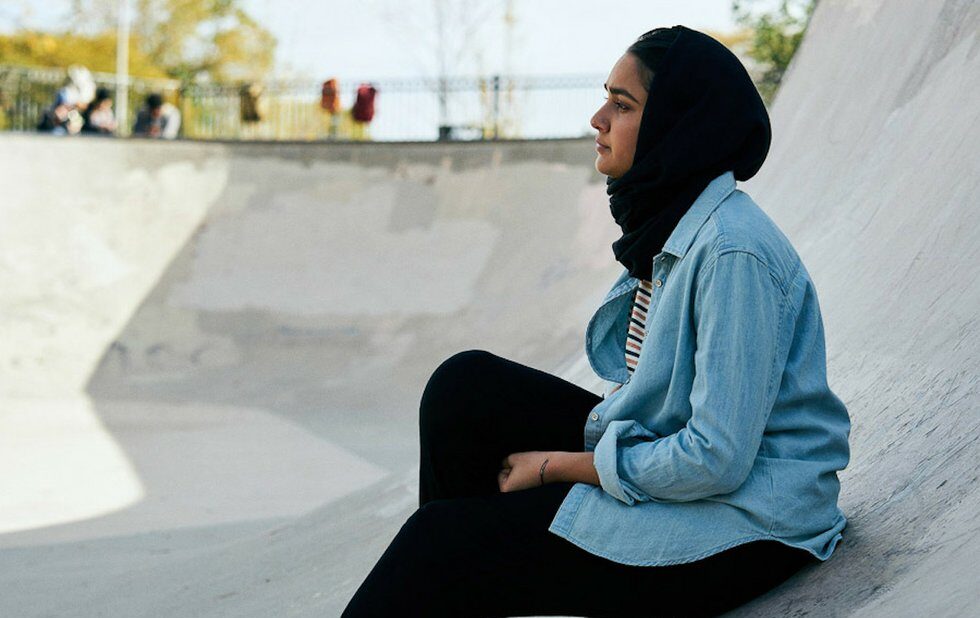 Jasmin Mozaffari premiered her debut feature Firecrackers at the 2018 Toronto International Film Festival. This year, she’s helping us pick what to see among the festival’s women-directed films.

Mozaffari will also be on hand to receive the Birks Diamond Tribute for Women in Film, alongside directors Sophie Dupuis and Micheline Lanctôt, actors Wendy Crewson and Jean Yoon, and screenwriter Marie Clements. (Full disclosure: I was on the selection jury.)

That’s just the latest recognition for Mozaffari, who also won the Canadian Screen Award’s best director prize for Firecrackers, a hard-hitting drama about two young women trying to break free from rural Ontario. Most of the filmmaker’s TIFF 2019 picks have a similar scrappiness.

Galas like Lorene Scafaria’s Hustlers or Marielle Heller’s A Beautiful Day In The Neighborhood aren’t on Mozaffari’s list. The former, starring Constance Wu, Jennifer Lopez and Cardi B, will open in theatres before the festival is over. The latter follows suit in November.

“My approach is to pick films that I won’t be able to see again,” says Mozaffari, who generally leans towards smaller titles or international fare that may never get distribution in Canada.

“I’m always excited when first features get this much attention,” Mozaffari says about French actor and director Mati Diop’s refugee drama, which won the Grand Prix at Cannes Film Festival. “Especially because Diop is the first Black women to ever be in competition at Cannes.”

Diop’s debut feature is a follow-up to her breakout 2009 short Atlantiques, which was about the Senegalese men who risk their lives trekking to Europe on a pirogue. Her new film, which was picked up by Netflix, is about a woman who gets left behind.

“That’s so characteristic about the way female filmmakers approach stories,” says Mozaffari. “They’re looking for the unrepresented perspectives and unexplored stories from a particular event.”

Mozaffari caught South African filmmaker Jenna Bass’s body-swapping trip High Fantasy at TIFF two years ago alongside a young audience she describes as rapt from the first frame to the last.

“Bass’s films are really political,” says Mozaffari. “They comment on gender, class and race in South Africa. She does it in a way that’s accessible to younger audiences while challenging them at the same time.”

Flatland is about a bride who goes on the run with a pregnant best friend across the South African’s Karoo desert region following a wedding-night murder. “There’s comparisons to Thelma and Louise,” says Mozaffari, “which I’m all here for.”

Anyone who’s seen Blockers will recognize comic scene-stealer Geraldine Viswanathan. In that raunchy comedy, the half-Tamil actor, who has been named a TIFF Rising Star, played daughter to John Cena.

Viswanathan shows off dramatic chops in Minhal Baig’s coming-of-ager Hala as a teen navigating high school romance, strict Pakistani parents and all the other cultural rifts an American-Muslim could face.

“I’m a child of one immigrant,” says Mozaffari, whose father is from Iran (her mom is white). “I think that’s also why it intrigues me.”

“There’s a general eye-roll to the coming-of-age drama,” Mozaffari continues, “people asking why we need more. But [the genre] has typically been about white middle-class teens. This is the type of coming-of-age story we need now. The genre will never get old. But the perspective needs to change.”

Alanis Obomsawin’s 53rd film looks at how the federal government and Manitoba bickered over who covers home-care expenses for a Cree child with a muscle disorder known as Carey-Fineman-Ziter syndrome. Jordan River Anderson, who passed away at age five in 2007, is the catalyst behind “Jordan’s Principle,” a Canadian government guarantee that First Nations children have equitable access to public services.

“I’m in awe of Obomsawin as a filmmaker, devoting her life to activism,” says Mozaffari. “Her films are necessary viewing for all Canadians, It’s our duty to be informed about the issues she explores.”

“I’ve been a fan of Heather Young’s short films over the years,” says Mozaffari citing the East Coast filmmaker’s previous works Fish and Milk. “Most of them have been at TIFF. She’s a really interesting voice in Canada.”

“Young’s films are character studies about females who are typically isolated,” says Mozaffari. “She focuses on that isolation in really authentic ways. There’s a documentary approach to her fiction storytelling. There’s a minimalism to her filmmaking but every frame feels so rich. Even when there’s not a lot happening, her films are quiet and profound in every moment.”

No Crying At The Dinner Table

Carol Nguyen has already been described by TIFF as a wunderkind, having won the festival’s Jump Cuts award three times before enrolling in film school at Concordia University. The 21-year-old is back with her ninth short. In it, she records her tight-lipped family as they watch and listen to interviews they previously recorded.

“It’s about intergenerational trauma,” says Mozaffari. “It has to do with what families don’t disclose over generations, which is so interesting to me, especially in terms of families who are immigrants. Just from the trailer, which is only 30-seconds long, I was so emotionally affected.”

Céline Sciamma (Girlhood) became the first female director to win the Queer Palm at Cannes (she also picked up the Best Screenplay prize) for this period piece about a passionate 18th century affair between two women: an artist and the reclusive noble woman she has been secretly commissioned to paint.

“There is a lot to be said about the female gaze,” says Mozaffari. “So often, this kind of story has been told through a male gaze. Blue Is The Warmest Color comes to mind. There is something that feels so indulgent about those films.

“I’m excited about this movement in the film industry,” she continues, “to go back and look at history through a female lens and tell stories about women who never made it into history books.”

“I very much like Iranian cinema,” says Mozaffari, who has attempted to repair her disconnect with her father’s culture. “I’m trying to immerse myself in it more these days.”

In Mahnaz Mohammadi’s Son-Mother, Raha Khodayari plays a widow who must choose whether to keep struggling to provide for her two children or find financial stability through a marriage that would force a separation with her eldest son.

“Mohammadi is coming from a country that has a lot of censorship,” says Mozaffari. “Her film looks at gender paradigms and political oppression through the story of a mother and a son.”

Mozaffari finds Saudi Arabia’s first female filmmaker intriguing. Haifaa Al-Mansour followed up her 2012 festival hit Wadjda by going Hollywood, directing Mary Shelley and Netflix’s Nappily Ever After. But then she returned home to make The Perfect Candidate, in which Mila Alzahrani plays a doctor who runs for political office to fight restrictive laws and regulations faced by women in that country.

“She’s doing something mainstream and Western,” says Mozaffari, “and then goes back to her roots and looks at issues that are important to her. Walking that line between both of those worlds seems hard to achieve, especially as a woman.

“This film specifically deals with patriarchal oppression, something that consumes my mind, my life and my work. That looks different for so many women depending on where they’re from and where they are in the world.”

A woman travels to Haiti to confront her partner’s infidelity in Miryam Charles’s short, which screens in the Wavelengths program.

“Charles’s films are very experimental and impressionistic,” says Mozaffari, a fan of the Haitian-Canadian director’s intimate shorts like Fly, Fly Sadness. “I’m always drawn to very lyrical and impressionistic filmmaking over formal and exacting. I’m a very emotional filmmaker myself.”