Get ready for an H.P. Lovecraft adaptation starring Nicolas Cage and documentaries about Merce Cunningham, Truman Capote and Imelda Marcos 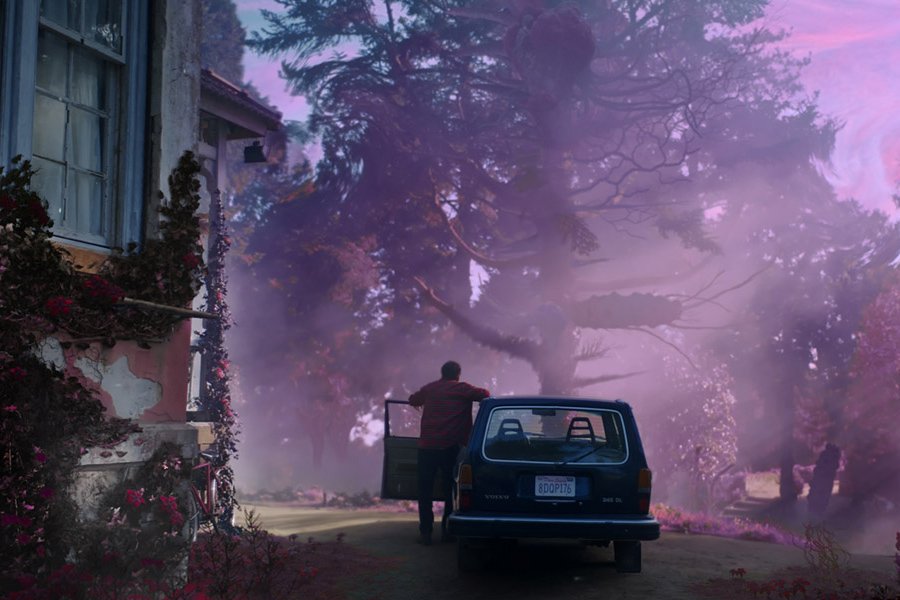 Ready for more TIFF program announcements? Ah, it’s not like you have a choice. Here they come, as the festival rolls out the Midnight Madness, TIFF Docs and Discovery lineups for the 2019 festival. Brace yourself.

There’s no one title as high-profile as last year’s studio sequels Halloween or The Predator, but programmer Peter Kuplowsky has assembled an appropriately eclectic, eccentric lineup for this year’s late-night entertainment.

In addition to Jeff Barnaby’s opening-night Indigenous zombie thriller Blood Quantum and Matthew Rankin’s alternate history of William Lyon Mackenzie King, The Twentieth Century, which were announced last week, Midnight Madness will welcome back cult South African director Richard Stanley – whose cyberpunk thriller Hardware screened in the program all the way back in 1990 – for the world premiere of Color Out Of Space, an H.P. Lovecraft adaptation starring Nicolas Cage, Tommy Chong, Joely Richardson and Q’orianka Kilcher. And yes, that makes it an instant must-see.

Other films in the series include Joko Anwar’s Gundala, starring Abimana Aryastaya as the Indonesian comic-book superhero Andrew Patterson’s The Vast Of Night, starring Sierra McCormick and Jake Horowitz as a switchboard operator and a late-night DJ in 1950s New Mexico who stumble onto a mysterious radio signal and First Love, a lovers-on-the-run pulp thriller from longtime Midnight Madness favourite Takashi Miike.

Celebrities, historical figures, politics and sports are all well-represented in TIFF’s documentary series, which will screen 25 non-fiction works – 18 of them world premieres – from 18 countries. (Alan Zweig’s Coppers, Ellen Page and Ian Daniel’s There’s Something In The Water and Yung Chang’s This Is Not A Movie were announced at the Canadian launch conference last week.)

The program opens with The Cave, about women doctors working in an underground hospital in Syria from Last Men In Aleppo director Feras Fayyad.

Jurassic World and Rocketman star Bryce Dallas Howard directs Dads, a study of fatherhood that includes her own father Ron among its subjects Alla Kovgan’s 3D doc Cunningham is a celebration of dancer and choreographer Merce Cunningham. And We Go Green, produced by Leonardo DiCaprio and directed by Fisher Stevens and Malcolm Venville, looks at the Formula E competition for electric race cars Ready For War, directed by Andrew Renzi and produced by Drake, Future and filmmaker David Ayer, shines a light on the immigrants who enlisted in the U.S. military and wound up deported. And having screened the first four hours of their epic Women Make Film: A New Road Movie Through Cinema at TIFF 2018, Mark Cousins and producer Tilda Swinton return with the complete 14-hour project.

Veteran filmmaker Barbara Kopple presents the world premiere of Desert One, about Jimmy Carter’s doomed attempt to rescue American hostages in Iran in April 1980 Chilean legend Patricio Guzmán completes the personal trilogy he began with Nostalgia For The Light and The Pearl Button with The Cordillera Of Dreams. Alain Berliner looks at photojournalism in Letter To The Editor. Alex Gibney’s Citizen K tells the story of Mikhail Khodorkovsky, the Russian billionaire who became an enemy of the state for criticizing the autocratic rule of Vladimir Putin. Gabe Polsky also tackles Russia, albeit in a more roundabout way, with Red Penguins, about an American attempt to bring “NHL-style hockey” to the country in the 90s.

Eva Orner’s Bikram: Yogi, Guru, Predator looks at the sexual misconduct scandal that brought down hot-yoga guru Bikram Choudhury Ebs Burnough, former senior advisor to Michelle Obama, turns filmmaker with The Capote Tapes, a profile of the author Truman Capote. And Lauren Greenfield, director of The Queen Of Versailles, tackles the life of Imelda Marcos in The Kingmaker.

Danish filmmaker Eva Mulvad follows an Iranian family exiled from Tehran in Love Child Algerian director Karim Sayad (Of Sheep And Men) catches up with a foreign relation in My English Cousin Armenian author and filmmaker Garin Hovannisian looks at a peaceful resistance in his home country in I Am Not Alone.

Thomas Balmés’s Sing Me A Song looks at a Bhutan monk in a long-distance relationship Lina Al Abed’s Ibrahim: A Fate To Define investigates the disappearance of a Palestinian spy, while Alexander Nanau’s Colectiv rides along with a team of Romanian journalists as they chase down the scandal around a Bucharest nightclub fire that claimed the lives of 64 people. Daniel Gordon’s The Australian Dream profiles outspoken Indigenous footballer Adam Goodes, who spent the last two years of his career enduring sustained, racially motivated fan abuse. And Hind Meddeb and Thim Naccache’s Paris Stalingrad looks at the plight of refugees who’ve found their way to the French capital to await resettlement. 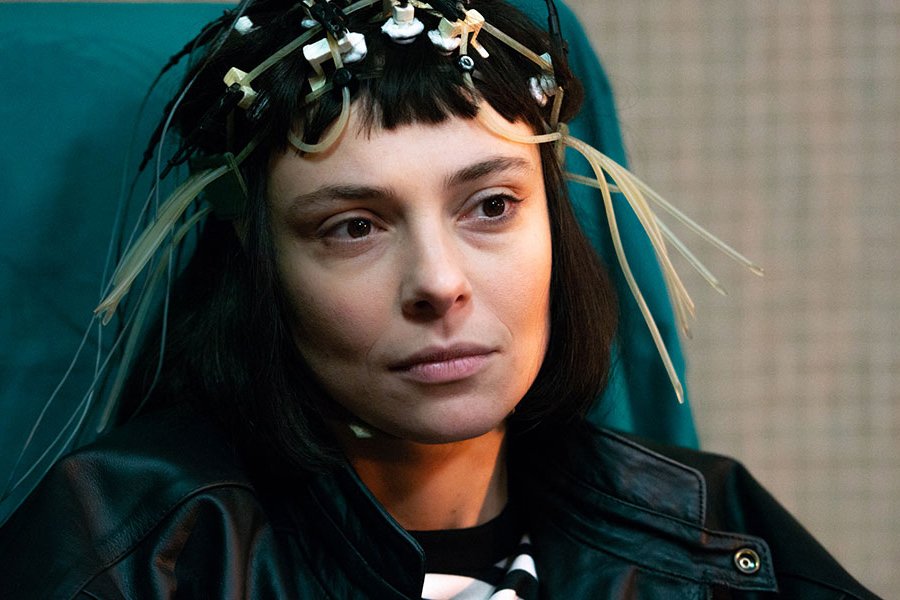 The newest crop of festival darlings awaits their audience in the Discovery program, which showcases 37 features – all but four of them world premieres – directed by emerging filmmakers from 35 countries. (54% of the titles are directed by women.)

The series will open with Chiara Malta’s Simple Women, a film that resulted from Malta’s collaboration with actor Elina Löwensohn, star of Hal Hartley’s 1992 comedy (and TIFF presentation) Simple Men. Details for many titles in the program were sketchy at press time, but here’s what I managed to glean.

Shelly Love’s A Bump Along The Way casts Bronagh Gallagher (The Commitments, Albert Nobbs) as a 44-year-old single mother who becomes pregnant after a one-night-stand Nick Rowland’s Calm With Horses stars Lady Macbeth’s Cosmo Jarvis as a boxer turned gangland enforcer The Giant, expanded by writer/director David Raboy from his 2012 short film, stars Assassination Nation’s Odessa Young as a young woman grappling with the return of her ex (The Grizzlies’ Ben Schnetzer).

Ali LeRoy’s The Obituary Of Tunde Johnson casts Steven Silver (13 Reasons Why) as a Nigerian-American teenager caught in a time loop that inevitably ends with him being shot dead by police at a traffic stop Carlo Sironi’s Sole stars Sandra Drzymalska as a pregnant teenager who recruits a stranger (Claudio Segaluscio) to pretend to the father of her unborn child in order to skirt Italy’s surrogacy laws.

Anna Falguères and John Shank’s Pompéi follows two Belgian brothers (Vincent Rottiers, Aliocha Schneider) whose lives are rocked by a young woman (Garance Marillier) Israeli short filmmaker Oren Gerner’s first feature AFRICA studies a civil servant who finds himself adrift after he’s replaced with a crew of younger workers, and longtime music-video producer Oualid Mouaness directs Nadine Labaki in the autobiographical 1982, based on his childhood in war-torn Lebanon. (Labaki, best known here as the director and star of Caramel, Where Do We Go Now? and Capernaum, plays a schoolteacher.)