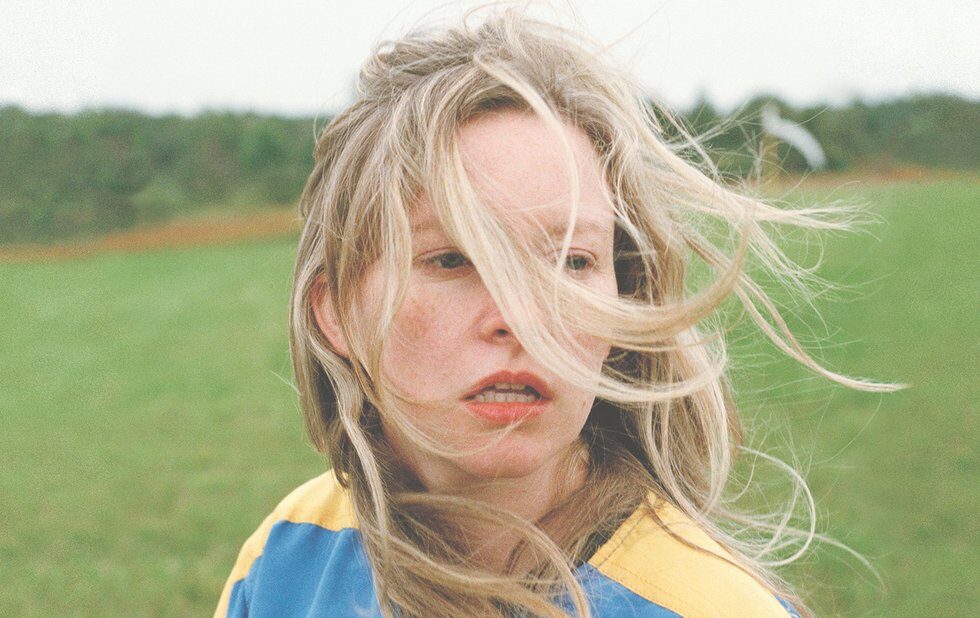 Deragh Campbell plays a young day-care worker whose equilibrium is slipping from her grasp.

The Toronto International Film Festival has announced its 2019 Platform slate, the fifth since the inauguration of the juried program and the first since the departure of programmer Piers Handling.

The cash prize has been lowered to $20,000 from the previous $25,000, and the films in contention have been trimmed to 10 from the previous 12 but otherwise things seem much the same: the films in contention represent a tour of the globe’s auteur cinema, highlighting world premieres of gifted emerging filmmakers and, as the festival puts it, “veterans at turning points in their careers.”

The 2019 lineup offers four films from Europe, three from Latin American countries, two from North America and one from Asia. Four of the 10 are directed by women all but one will make their world premiere at the festival.

The program will open with Rocks, the latest from Suffragette director Sarah Gavron. Shot in London, the film stars newcomer Bukky Bakray as a teenage girl who relies on her friends to keep herself and her little brother from being separated by social services after their mother leaves.

This year’s Canadian entry, Anne At 13,000 Ft, is the third feature from Toronto filmmaker Kazik Radwanski, whose Tower and How Heavy This Hammer explored the interior landscapes of individuals struggling with their place in the city. The new film stars Deragh Campbell (Fail To Appear, O, Brazen Age!, Never Eat Alone) as “a young woman challenged by everyday social and professional encounters” Matt Johnson, Dorothea Paas and Lawrene Denkers appear in supporting roles.

Alice Winocour, last at TIFF in 2015 as the writer/director of Disorder and the co-writer of Mustang, returns with Proxima, a drama starring Eva Green as an astronaut chosen for the crew of a mission that will separate her from her young daughter for a year.

Darius Marder, who edited the documentary Girl Model and co-wrote Derek Cianfrance’s The Place Beyond The Pines, makes his directorial debut with Sound Of Metal, a drama starring Riz Ahmed as a drummer forced to re-evaluate his career and his relationship when he learns he’s losing his hearing. Olivia Cooke and Mathieu Amalric co-star.

Singaporean writer/director Anthony Chen brings his second feature Wet Season, a drama starring Yeo Yann Yann and Koh Jia Ler – who played mother and son in his 2013 debut Ilo Ilo – as a teacher and student who meet at a crucial moment in both their lives.

Julie Delpy writes, directs and stars alongside Gemma Arterton, Daniel Brühl, Richard Armitage and Lindsay Duncan in My Zoe, a drama about a geneticist trying to put her shattered family back together after a tragedy.

The Moneychanger, from Uruguayan filmmaker Federico Veiroj (The Apostate, Belmonte), is a period thriller focused on a morally flexible banker (Daniel Hendler) who uses his father-in-law’s connections to launder massive sums for people trying to get capital out of Argentina and Brazil.

Workforce, the feature debut of Mexican short filmmaker David Zonana (Princesa, Brother), follows the efforts of a construction worker to secure compensation for his sister-in-law after his brother dies in an accident on a building site in Mexico City.

And finally, there’s closing-night entry Martin Eden, from Italian director Pietro Marcello (The Mouth Of The Wolf, Lost And Beautiful). Billed as a loose adaptation of Jack London’s 1909 novel, it stars Luca Marinelli (The Great Beauty) as the title character, a working-class sailor who dreams of being a published author. It’s the one Platform title debuting elsewhere Marcello will premiere the film in Venice a few days before its TIFF debut.

Previous years’ juries have been composed entirely of filmmakers, so it’ll be interesting to see whether this year’s winner is markedly different from the previous Platform honorees – Alan Zweig’s Hurt, Pablo Larraín’s Jackie, Warwick Thornton’s Sweet Country and Ho Wi Ding’s Cities Of Last Things – when it’s announced at the end of the festival.