A few striking standouts in this year's Short Cuts programs 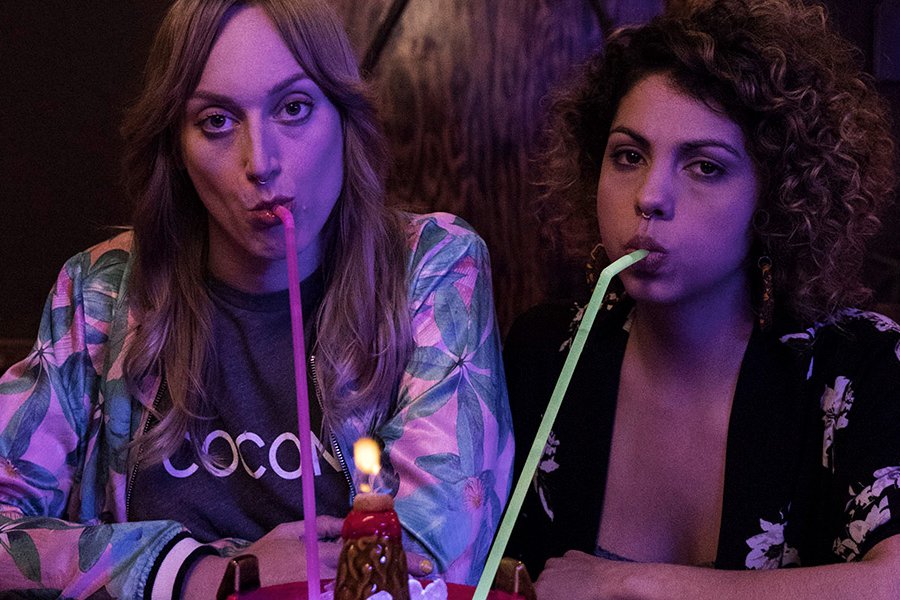 Hannah Cheesman and and Jess Salgueiro play old friends who meet up in a Tiki bar in Volcano.

The problem with picking 10 standout Canadian short films to see at TIFF is that there are at least three times that number of striking works, in every format and genre. So I preface this list by apologizing to all of the filmmakers I had to leave out in the shaping of these recommendations. Rules are dumb.

In his latest video essay, Daniel Cockburn (You Are Here) relays a recurring existential crisis through a few dozen carefully curated film clips, including a brief riff on the history of pirate movies. It makes sense in context.

A young woman (Micaela Robertson) begins to figure out what she does and doesn’t want from the men in her life in this evocative piece from Toronto writer/director Sofia Banzhaf, who’s also at TIFF this year as an actor in Nicole Dorsey’s Newfoundland drama Black Conflux.

I’ll End Up In Jail

Alexandre Dostie – whose Mutants was named best Canadian short film at TIFF 2016 – returns with a wintry tale of a middle-aged woman (Martine Francke) whose escape from her despairing life lands her in an entirely different – but equally untenable – situation.

Anna Maguire, director of the wistful Your Mother And I, returns with this far darker allegorical drama about a woman (Emily Piggford) digging a very deep hole for herself. Co-starring a terrifying Cara Gee.

A nine-year-old boy (Joseph Burke) who should be in school moves through Toronto with a terrible purpose in Karen Chapman’s simple, direct drama, which packs a whole world into its slim running time.

The Physics Of Sorrow

Theodore Ushev (Blind Vashya) returns with this epic adaptation of Georgi Gospodinov’s 2011 novel, narrated by Rossif Sutherland and animated through encaustic painting, a technique in which pigments are mixed into heated beeswax for a swirling, hallucinatory effect. Poetic and dazzling.

The latest from Quebec filmmaker Pier-Philippe Chevigny is a tale of childhood innocence slowly poisoned by the white supremacist movement. It tells you where it’s going every step of the way, which doesn’t do anything to reduce its devastating impact.

Profiling Indigenous tattoo artists based in Haida Gwaii, British Columbia and Nova Scotia, this CBC Arts short – directed by Asia Youngman and beautifully shot by Mitchell Baxter – offers a meditation on history, heritage and the preservation of a cultural identity in one’s flesh.