There are some regrettable omissions, but it's hard to argue with the films that made the cut 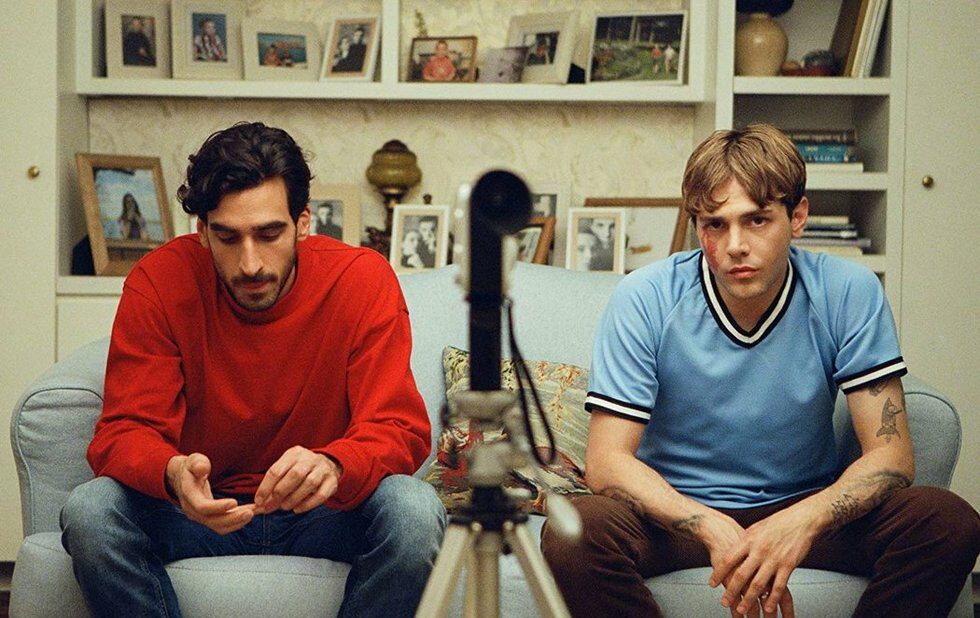 TIFF has named Xavier Dolan's bromance Matthias & Maxime as one of the year's best Canadian movies.

TIFF has named Xavier Dolan's bromance Matthias & Maxime as one of the year's best Canadian movies.

Cementing the idea that Canadian cinema is in a really good place these days, TIFF announced the features and shorts that made the organization’s annual list of Canada’s Top Ten films… and it’s a really solid selection.

The features are: Louise Archambault’s And The Birds Rained Down, an adaptation of Jocelyn Saucier’s 2011 novel Kazik Radwanski’s Anne At 13,000 Ft, starring Deragh Campbell as a young woman in the throes of depression Sophie Deraspe’s Antigone, which reworks Sophocles’s classic play into a story set in present-day Montréal Nicole Dorsey’s Black Conflux, a drama about an angry young man and a teenage girl on a collision course in 80s Newfoundland and Elle-Máijá Tailfeathers and Kathleen Hepburn’s The Body Remembers When The World Broke Open, about a middle-class Indigenous woman (Tailfeathers) trying to help a pregnant stranger (Violet Nelson).

Xavier Dolan’s Matthias & Maxime, which casts the Montreal writer/director opposite Gabriel D’Almeida Freitas as two friends who grow distant after a staged makeout session, also made the list, as did East Coast writer/director Heather’s Young’s debut feature Murmur, about an older woman (Shan McDonald) spiraling into self-destructive behaviour at an animal shelter. Nunavut is represented by Zacharias Kunuk’s One Day In The Life Of Noah Piugattuk, an Inuktitut-language drama about Canada’s attempts to resettle the Inuit people in the 60s.

Rounding out the list are Matthew Rankin’s The Twentieth Century, a subversive reimagining of Mackenzie King’s youth, and Calvin Thomas and Yonah Lewis’s White Lie, a psychological thriller starring Kacey Rohl as a Hamilton college student who convinces her classmates and her girlfriend that she has cancer.

In both the features and the shorts sections, half the films are directed or co-directed by women two features and one short are directed by Indigenous filmmakers. And some of them have even played outside of the festival circuit: Matthias & Maxine opened in Toronto earlier this fall, Antigone is currently screening at the TIFF Bell Lightbox, and both The Body Remembers and The Twentieth Century will open in Toronto on December 13.

The other films have yet to be released in English Canada, but it’s expected that they’ll have theatrical runs at the Lightbox in 2020. The winning shorts (which include Michael Snow’s Cityscape and I Am In The World As Free And Slender As A Deer On A Plain, directed by Black Conflux co-star Sofia Banzhaf) will screen at the Lightbox on January 26.

It’s worth noting that while Murmur has some non-fiction elements, not a single documentary feature made the cut – which probably speaks more to the strength of the dramatic features this year.

Still, it’s one thing to see Alan Zweig’s Coppers and Yung Chang’s This Is Not A Movie left out… but given TIFF’s past tendency to court big names, the absence of Ellen Page and Ian Daniel’s There’s Something In The Water is an even bigger shock. (Also missing: Laurie Lynd’s Killing Patient Zero, Tasha Hubbard’s nîpawistamâsowin: We Will Stand Up, Matt Gallagher’s Prey and Jamie Kastner’s There Are No Fakes, all of which premiered at Hot Docs in the spring.)

Other notable TIFF premieres that didn’t make the list: Joey Klein’s Castle In The Ground, Albert Shin’s Clifton Hill, Atom Egoyan’s Guest Of Honour, Myriam Verreault’s Kuessipan, Harry Cepka’s Raf and Aisling Chin-Yee’s The Rest Of Us, all of which could have been credible contenders.

Also absent: Adriana Maggs’s intense Terry Sawchuk biopic Goalie and Natty Zavitz’s textured Toronto drama Acquainted, which opened in March and April, respectively. But, again, there are only 10 slots on the list, and it’s been a really long time since Canadian cinema has produced this many potential contenders.

It’s heartening, isn’t it? I choose to be heartened. Here are the full lists of features and shorts:

And The Birds Rained Down by Louise Archambault, Quebec

The Body Remembers When The World Broke Open by Elle-Máijá Tailfeathers and Kathleen Hepburn, British Columbia

One Day in the Life of Noah Piugattuk by Zacharias Kunuk, Nunavut

I Am In The World As Free And Slender As A Deer On A Plain by Sofia Banzhaf, Ontario

No Crying At The Dinner Table by Carol Nguyen, Ontario

The Physics Of Sorrow by Theodore Ushev, Quebec

Please Speak Continuously And Describe Your Experiences As They Come To You by Brandon Cronenberg, Ontario