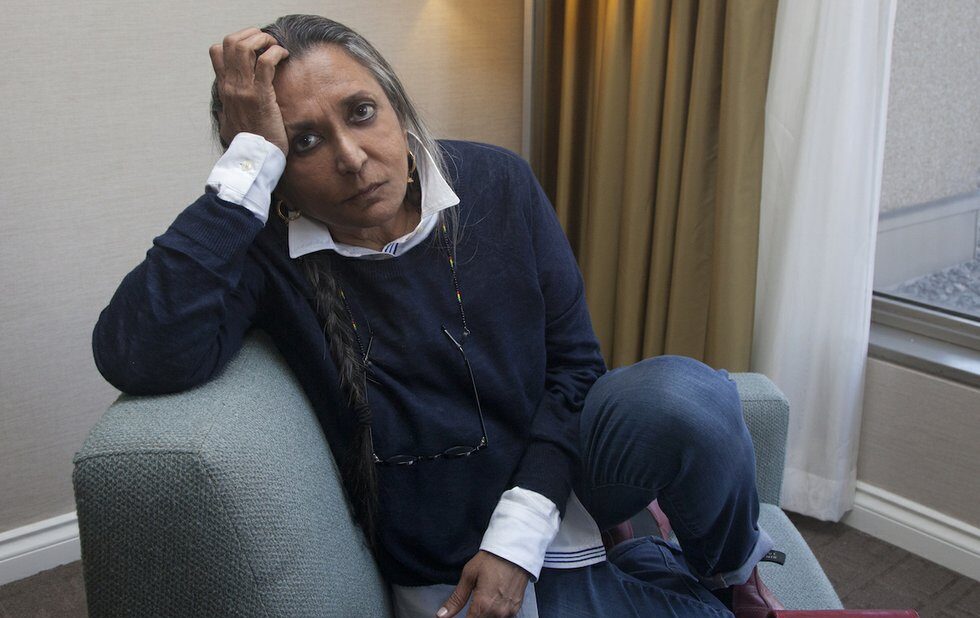 The Toronto International Film Festival (TIFF) is making a push to get more women involved in the film industry.

The organization behind the country’s biggest film fest has unveiled a five-year plan to increase the number of women enrolled its year-round professional development programs.

The goal is to “champion diversity of gender identity, sexual orientation, ethnicity, socioeconomic status, and physical and cognitive ability within gender equity initiatives.”

Those initiatives includes a three-month residency for emerging female creators, a new producers’ accelerator program for women, a speaker series on gender equality and identities, a plan to design education tools about women and gender in cinema and data to track career trajectories.

To realize the goals, TIFF aims to raise $3 million over five years. The fundraising effort – dubbed Share Her Journey – kicks off on July 10 with a screening of Ida Lupino’s 1950 film Outrage at TIFF Bell Lightbox and runs through September 17. Former PotashCorp exec and Huffington Post blogger Betty-Ann Heggie will match the first $80,000 donated and philanthropist Anne-Marie Canning has also donated.

“We acknowledge that gender inequity is systemic in the screen industries, so change has to happen at every level. That includes getting more women into key creative roles,” TIFF artistic director Cameron Bailey said in a statement. “We plan to seek out, develop and showcase top female talent in the industry through our festival and year-round initiatives.”

The gender gap in Canadian film has been the subject of grassroots activism in recent years, and was a point of discussion during last year’s Toronto International Film Festival, which featured a panel on the subject.

The issue also came up during this year’s Cannes Film Festival after four female jurors – actors Jessica Chastain and Fan Bingbing, director Maren Ade and actor/director Agnès Jaoui – lamented the under-representation of women directors in this year’s competition and in the industry at large.

Last year, nearly 30 per cent of the films that screened at the Toronto International Film Festival were directed by women.

TIFF also requires professional development programs such as Talent Lab, Studio and TIFF Rising Stars to have a minimum of 50 per cent female participation. Beginning in 2018, those programs will be streamlined under the moniker TIFF Talent Labs. Additionally, TIFF Bell Lightbox’s summer programming includes retrospectives of female directors Kathryn Bigelow and Ida Lupino.

The organization plans to make future announcements related to diversity and gender equity in the months ahead.

The 42nd annual Toronto International Film Festival takes place from September 7 to 17. The lineup has yet to be announced.