The actor who plays wrestler Jenny Chey discusses the Netflix show's collaborative nature, how season two addresses the #MeToo movement and the utter amazingness of Episode 208 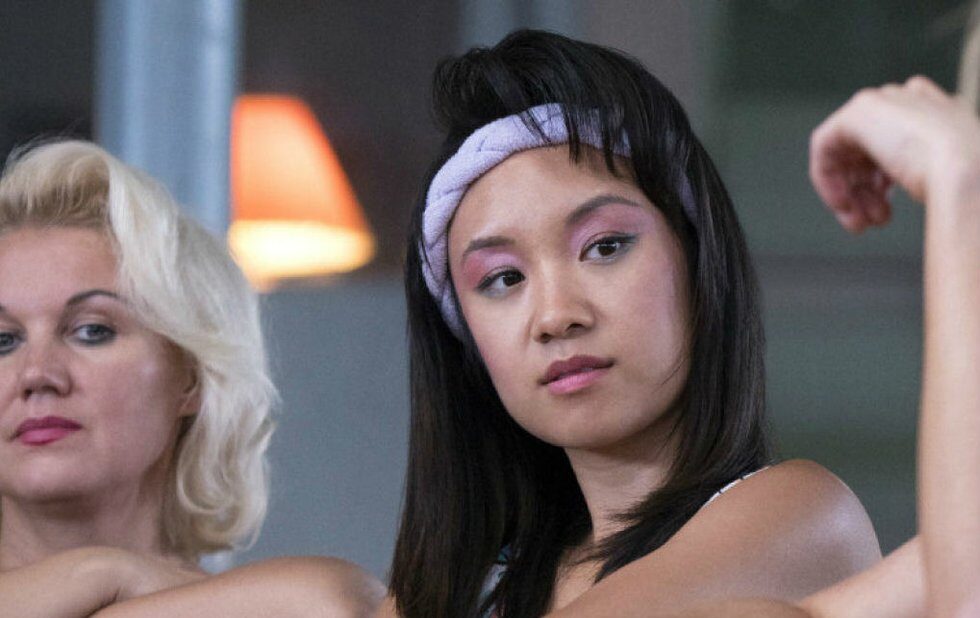 Being the only cast member on GLOW’s Toronto press stop suits Ellen Wong just fine. It’s a chance to hang out with her family in Scarborough, see some friends and talk about the surprisingly complex, almost subversive perspective of her very clever Netflix series, which uses a ladies’ wrestling show in the mid-80s to explore still-prickly issues of gender, race, class and sexuality in American culture.

Wong, who broke out as Knives Chau in Edgar Wright’s 2010 adaptation of Scott Pilgrim Vs. The World and has been working constantly ever since – The Carrie Diaries, Dark Matter, The Void and The Circle – plays Jenny Chey, whose wrestling character Fortune Cookie is also the Glorious Ladies Of Wrestling’s uncredited costume designer.

Here are five things she would like you to know:

1. GLOW is a genuinely collaborative show

“In the first season, we all got to sit down to talk to the creators about our characters,” says Wong.” I got to talk to Liz [Flahive] and Carly [Mensch], and in that meeting I was like, ‘Well, Jenny can be Cambodian.’ She’s playing a mashup of every Asian stereotype you could think of as Fortune Cookie, so I wanted to represent someone of a different background outside of that, that you wouldn’t [necessarily] think of immediately.”

There is a responsibility in representing a diverse Asian identity, says Wong.

“In the second season, we all had the same meetings again so we all knew where we stood going into it and we all knew what [story] we were coming together to tell. When you have that transparency in a place where you can sit down and talk to the creators, I think it brings us together as women. To go, ‘I’m rallying for your story today! I’m so excited and this needs to be told and it’s your time.’”

2. She’s delighted to be part of a show that layers barbed social commentary into a comedy about women who hit each other with folding chairs

“These are the things we haven’t been able to talk about [normally],” says Wong. “It’s so interesting doing press for this show because on every other project I’m not talking about real issues in society. Our show doesn’t just touch on one topic it touches on so many because of the nature of such a diverse ensemble.”

3. This season even takes the time to address the #MeToo movement

One of season two’s episodes finds friends-turned-rivals Debbie (Betty Gilpin) and Ruth (Alison Brie) at odds over how to handle an executive who makes sexual harassment part of a distribution deal.

“The only way we were able to present that episode in that way was because we had women writing it,” explains Wong.

“There’s such sensitivity for both sides, for both Debbie and for Ruth, and you kind of understand why each woman is coming at it from their angle. It sucks that this is where they have to be, and it sucks that they’re in conflict because of it when really the conflict is outside of them, in society and in the system. It’s not black or white – it’s always grey. I feel like our show is always living in the grey – we get to show that outside of the wrestling ring.”

4. Working on GLOW has changed the way she approaches the industry

“On GLOW there are so many examples of women in different power positions – directing, writing, producing – and seeing that is inspiring,” says Wong. “Because we don’t see that being represented onscreen. I didn’t grow up seeing women doing those things. And I’m seeing this every day when I go to work: I can do so many other things! So, yeah, I’m looking for collaborators. I have stories that I want to tell, and I realize that I have to be the one to take charge on that, and not just wait for it.”

“Not everybody that’s come in here has seen the show, so we’re told not to talk about 208 and not to tell people what happens in it – but it’s so cool, right? [laughs] It was just the most fun episode, because we had all sorts of stuff to prepare for. Dance lessons! I’ve never danced before, but now I have to do this music video. It was like they just let our crazy out. They were like, ‘Go for it! Do it!’”

All 10 episodes of GLOW: Season Two are available on Netflix Friday (June 29).