But co-directors Jennifer Baichwal and Nicholas de Pencier surprised the room by giving away the $100,000 cash prize 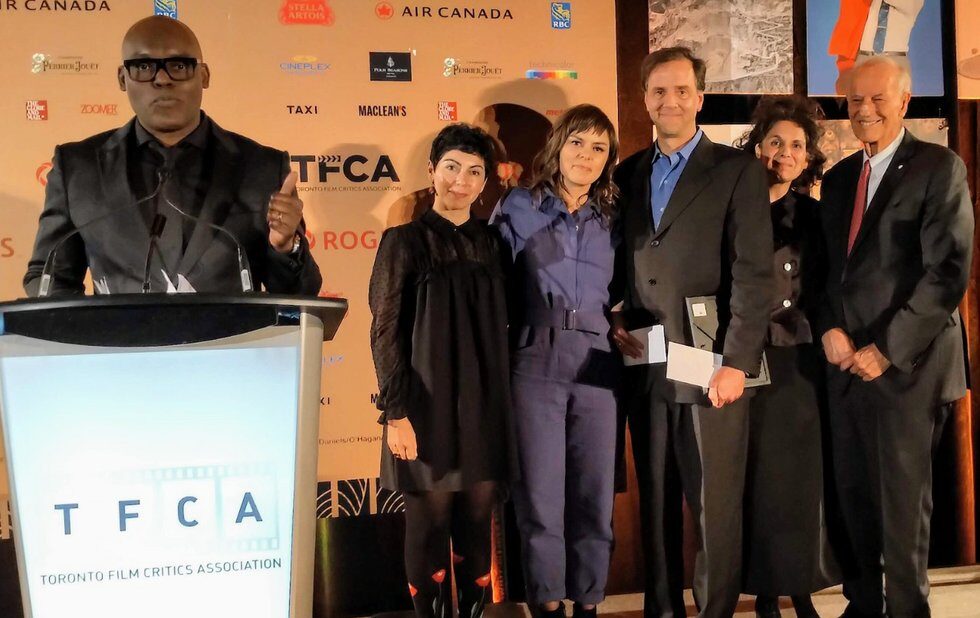 The Toronto Film Critics Association awarded Anthropocene: The Human Epoch the Rogers best Canadian film award – and a cash prize of $100,000 – last night. It’s a despairing documentary about humanity’s devastation of the natural world, but Jennifer Baichwal and Nicholas de Pencier – who co-directed the film with photographer Edward Burtynsky – made a very optimistic move.

Having won the TFCA’s top award twice before, for their previous Burtynsky collaborations Manufactured Landscapes and Watermark (which claimed the TFCA’s second $100,000 purse in 2014), Baichwal and de Pencier announced they would not be accepting the prize money this time, instead dividing it into thirds and donating it to the young directors of the other nominated films, Sofia Bohdanowicz (Maison Du Bonheur) and Sadaf Foroughi (Ava), and to TIFF’s Share Her Journey project, for which Baichwal is an ambassador.

As runners-up for the award, Bohdanowicz and Foroughi also received cash prizes of $5,000 from Rogers.

It was a pleasant surprise at the end of a relatively calm evening, the only uncomfortable moment arriving when Don McKellar, presenting the prize, took a moment to half-jokingly address the harsh critical reception of his latest feature Through Black Spruce, quoting a line from the Globe and Mail’s Barry Hertz about the Indigenous identity of the film’s characters remaining “eternally out of the filmmaker’s psychological grasp.”

(Full disclosure: I’m a member of the TFCA, and its former vice-president and secretary. And I was also not a fan of Through Black Spruce.)

The evening – the TFCA’s first at the Four Seasons in Yorkville after several years at the Carlu – was sprawling but sedate, with the assembled critics and guests celebrating previously announced winners Roma, Burning, First Reformed, The Favourite (which won two awards apiece), If Beale Street Could Talk, Won’t You Be My Neighbour? Sorry To Bother You and Isle Of Dogs by watching taped acceptance speeches introduced by actors Grace Lynn Kung and Jess Salgueiro.

Writer/director Molly McGlynn (Mary Goes Round) was on hand to accept the $10,000 Stella Artois Jay Scott Prize for an emerging artist, noting that she hoped “to continue emerging” at a future TFCA gala. And actor/producer Tantoo Cardinal, accepting the Technicolor Clyde Gilmour award (given to Canadians whose work “has in some way enriched the understanding and appreciation of film in their native country”), spoke eloquently about moving Indigenous representation in film forward over her long career, and announced she would be donating $50,000 in post-production services to Darlene Naponse, director of Cardinal’s recent drama Falls Around Her.

The association named Genevieve Citron, creator and lead editor of The Film Atlas, as the winner of the first TFCA emerging critic award. The award comes with a $1,000 cash prize, mentorship from TFCA members and a showcase for Citron’s work on the TFCA website over the course of 2019.

A complete list of last night’s TFCA winners can be found here.