Toronto Film Critics give it up for Werewolf 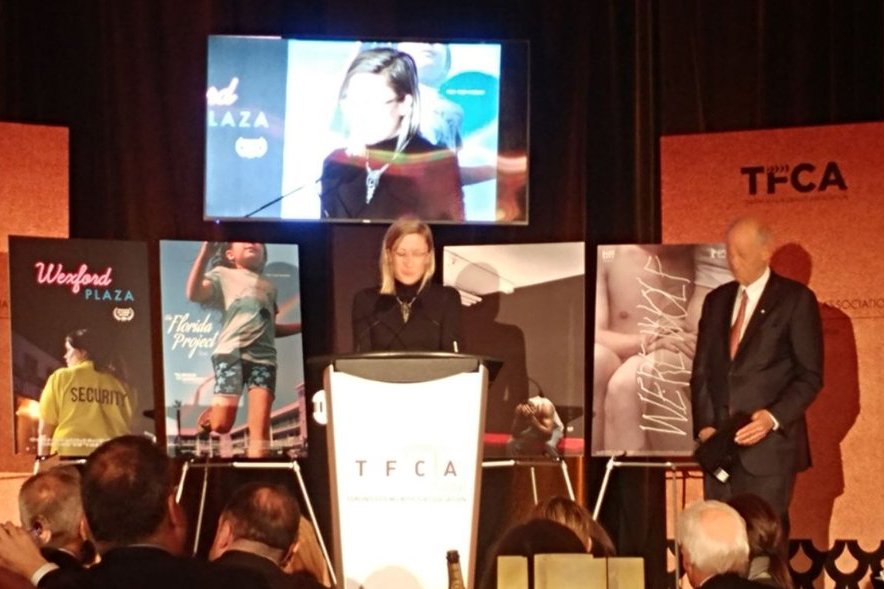 At its annual awards gala, held at the Carlu, the TFCA presented the Cape Breton writer/director with the Rogers Best Canadian Film Award, which carries a cash prize of $100,000. Kevan Funk and Joyce Wong, directors of the runners-up Hello Destroyer and Wexford Plaza, respectively, each received $5,000.

McKenzie won the association’s Stella Artois Jay Scott prize for an emerging artist in 2016, and at the January 2017 gala had promised to put that prize’s purse – also $5,000 – towards a car so she could scout locations for her next project. Accepting the Rogers award, McKenzie told the audience she had indeed bought a car – a 2010 Toyota Corolla, “which has changed my life” – and that she’d be splitting the Rogers prize with her producer, Nelson MacDonald.

Werewolf’s win comes in a year of turmoil in the entertainment industry, which saw Hollywood’s power structure challenged by revelations of long-running harassment and abuse.

Host Cameron Bailey eschewed his usual opening monologue to read quotes from Sarah Polley, Mindy Kaling, Laverne Cox, Tiffany Haddish and the late Misty Upham, among others, stressing the need for oversight, empathy and continued activism towards achieving gender equality. “We need to recognize that our industry is sick,” he said, expressing hope that those who’d assembled for the gala would help to heal it.

This year’s awards were dominated by women, as it turned out Bria Vinaite, co-star of The Florida Project, came to town to accept the film’s best picture prize, which was announced with the bulk of the TFCA awards in December. Lady Bird’s Greta Gerwig and Laurie Metcalf sent video acceptances for their respective best director and best supporting actress wins, as did best documentary winner Agnès Varda, who appeared with her Faces Places co-director JR.

Toronto filmmaker Sofia Bohdanowicz, accepting this year’s Stella Artois Jay Scott prize, thanked the critics and programmers who’d championed her early short films (including this critic, who was genuinely touched) and thanked the TFCA for believing in her.

Full disclosure: I am a member of the TFCA, as are my NOW film writers Glenn Sumi, Radheyan Simonpillai and Susan G. Cole. The association is composed of nearly 40 local writers.