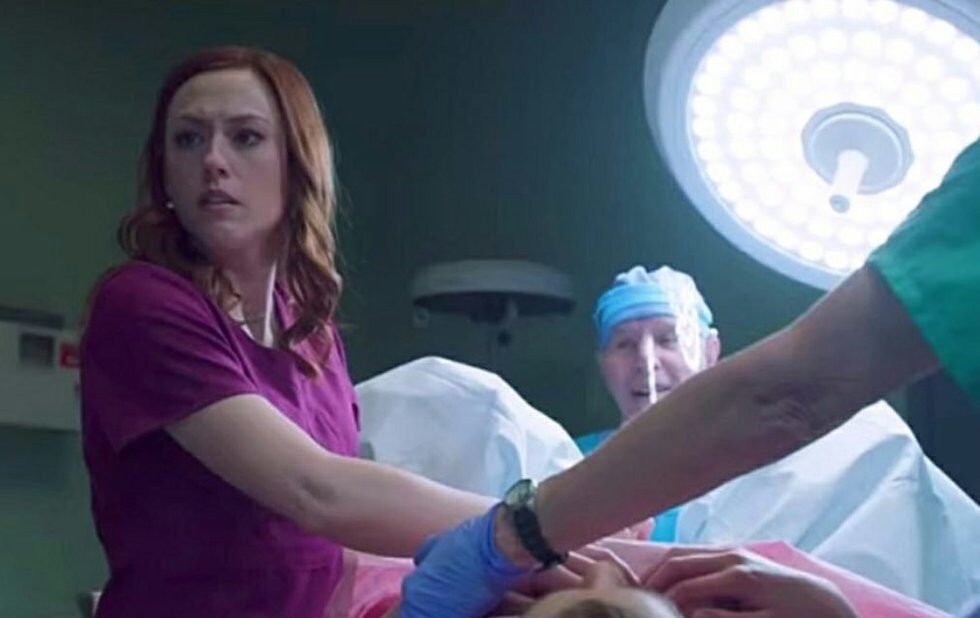 So I guess we have to talk about Unplanned, huh?

I wasn’t going to write about the latest cinematic provocation from Pure Flix, the faith-based Arizona production company behind such productions as I’m Not Ashamed, The Case For Christ and the God’s Not Dead series.

It’s not because I’m part of some vast left-wing media conspiracy – it’s simply because I haven’t seen it. Pure Flix has chosen not to screen the film for critics, preferring instead to show it to a number of Andrew Scheer’s Conservative MPs earlier this spring, who – as expected – took to social media to rally their followers against the supposed censorship that was preventing the film from screening here in Canada. (Saskatchewan’s Brad Trost has proven an especially useful idiot.)

This was not a real thing there was literally nothing preventing Pure Flix from booking the movie – about the come-to-Jesus journey of Planned Parenthood volunteer-turned-abortion opponent Abby Johnson – on however many screens the market demanded, as we’re seeing with the film’s nationwide release this Friday (July 12) on about 25 Cineplex and Landmark screens. In Toronto, it’ll play exactly one venue, at Yonge-Dundas it’s also showing in Vaughan and Oakville.

I suspect that Pure Flix was just trying to rile up the faithful to push for a wider release, which didn’t work. But that’s not how Unplanned’s target audience will perceive it. They’ll see this tiny release as a victory, and themselves as anti-choice Davids bringing the Goliath of Cineplex to its knees.

Cineplex is being attacked by progressives angry that they’re showing the movie at all, of course, and CEO Ellis Jacob didn’t help matters much with the shrug of a statement he released, which passed the buck to the government agencies that approved the film for distribution and reminded readers that, when it comes to a given movie, “it is up to each of us to decide whether or not we want to see it.”

This is true, if expressed in a rather torturous fashion, and I would be very surprised if anyone went to see Unplanned who didn’t already know exactly what its message is and didn’t already agree with it.

I have yet to encounter a Pure Flix production that doesn’t preach to its choir their movies are evangelical propaganda, designed to reassure Christian audiences that some sinister media-academy-atheist conspiracy is out to persecute them for their beliefs at every turn. Which is, how do you say, bullshit… but it reinforces the narrative of Christians being a vulnerable minority, and viewers can feel like martyrs for spending $15 to watch a cable movie.

This is why the controversy around the release of Unplanned is so important: the filmmakers need to convince people that there is a controversy, the better to suggest to independent-minded Facebook users that the film needs to be seen to be understood. And by arguing about whether it ought to be screened in Canada, we’re all contributing to the illusion of controversy. (Myself included, dammit.)

It worked well enough in March, when several U.S. cable channels rejected Unplanned’s television spots, letting Pure Flix play the victim when courting church group pre-sales. The result was a $6.1 million opening weekend, the company’s second best since God’s Not Dead 2 opened to $7.6 million in 2016. (Neither of these is as impressive as the opening of the first God’s Not Dead, which opened to $9.2 million in 2014.)

Pure Flix has been talking up the Canadian release ever since, as though there was something stopping them from opening the film alongside its American run. Traditionally, most smaller distributors try to open their films here as close to the U.S. debut as possible, the better to capitalize on heightened awareness from American media coverage. Pure Flix went the other way, courting right-wing media attention by bringing the real Abby Johnson to Ottawa for the March For Life rally in May and letting her wonder why Canadians didn’t have the option to see her movie.

Just last month, the filmmakers were crowing to their preferred news outlets about their plans for a Canadian rollout on as many as 200 screens. There’s no way that was ever going to happen, but it surely sounded impressive at the time… and it lets them claim a meagre one-week run on two dozen screens as a triumph rather than a pittance. (The real money will be in DVD sales, of course.)

Anyway. Now the conversation is about Cineplex and Landmark caving, rather than the disingenuous tactics of producers trying to shift the weight of bad publicity away from their film and onto an exhibitor – and, y’know, maybe gin up the biggest possible audience for their movie.

I can’t be the first person to note that these are basically the same tactics perfected by horror filmmaker William Castle six decades ago, when he gimmicked up his thriller Macabre by handing out insurance policies to every audience member in case someone died of fright.

And I hope I’m not the first to note that, ironically enough, demanding a Canadian theatrical release of Unplanned so that people can decide to see (or not to see) the film for themselves ultimately requires the fine folks at Pure Flix – and those bold Conservative MPs – to stand up and declare themselves firmly pro-choice.

I think it’s safe to say no one saw that coming.