This weekend and next, the film component of Harbourfront Centre's Kuumba festival celebrates Black History Month with free screenings of. 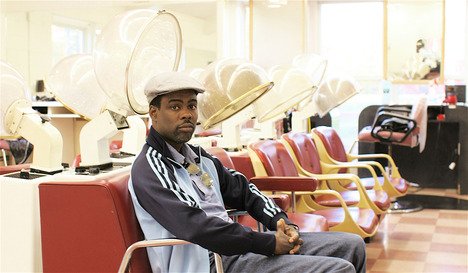 This weekend and next, the film component of Harbourfront Centre’s Kuumba festival celebrates Black History Month with free screenings of recent music documentaries at the Studio Theatre.

Jeffrey Levy-Hinte’s Soul Power (rating: NNNN) brings the 1974 Kinshasa Music Festival to thrilling life. Staged (and filmed) as a sideshow to Muhammad Ali and George Foreman’s Rumble In The Jungle, the concert featured a phenomenal lineup that includes James Brown, Bill Withers, B.B. King, the Spinners, Celia Cruz and Miriam Makeba. If you missed it during its brief theatrical run last year, you really need to see this on the big screen. It plays Saturday (February 6) at 6:30 pm and Sunday (February 7) at 1 pm.

Also on Sunday, there’s a 4 pm show of Stascha Bader’s Rocksteady: The Roots Of Reggae, which traces the evolution of the missing link between ska and reggae through interviews with surviving performers.

Next week’s offerings include Good Hair (rating: NNNN), Chris Rock’s comic documentary about the African-American hair industry (screening February 13 at 6:30 pm and February 14 at 1 pm) and Rastafari Then & Now: A Message From Jamaica and the shorter In Search Of Rastafari: A Soul’s Journey, February 14 at 6 pm. The Rastafari double bill will be followed by a panel discussion participants had yet to be confirmed at press time.

This week also sees the commercial opening of Invisible City (rating: NNN), Hubert Davis’s look at the challenges facing two Regent Park teenagers as they navigate their disintegrating neighbourhood. The doc – named best Canadian feature documentary at last year’s Hot Docs festival – gets a limited run at the Royal Friday through Tuesday in advance of its broadcast premiere Wednesday night on TVOntario’s The View From Here.

All Kuumba screenings are at the Studio Theatre. Invisible City plays at the Royal from Friday (February 5).