Directed by R.T. Thorne, the YA show features music by Boi-1da, choreography by Tanisha Scott and the voice of Snoop Dogg 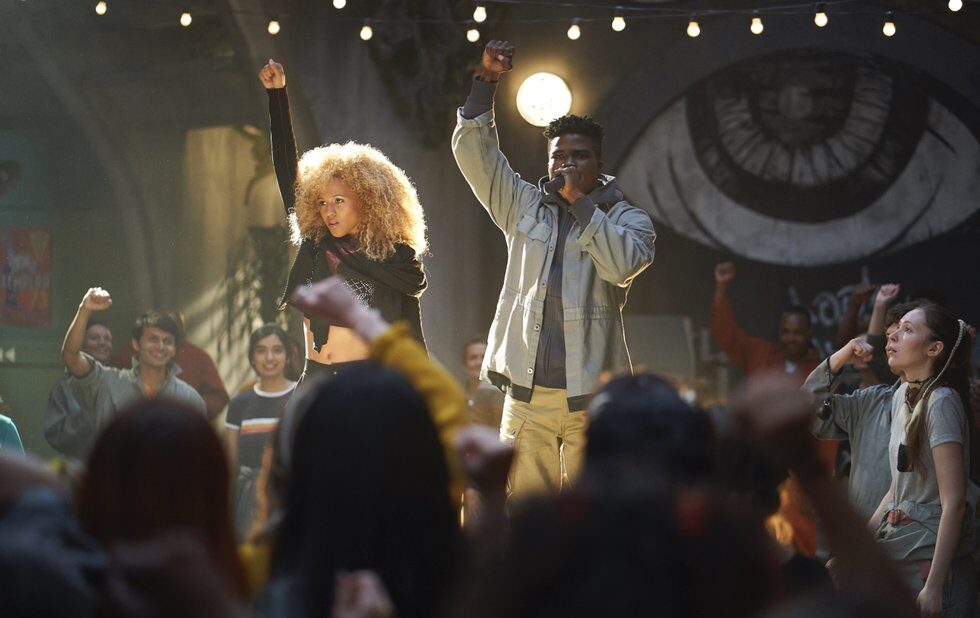 The 10-episode YA series Utopia Falls, which drops on streaming service CBC Gem on February 14, is set in a sanitized utopian future where history has been deleted and young people compete in a Hunger Games-style dance and music showcase. The young heroes led by Robyn Alomar’s Aliyah accidentally discover a hidden archive that exposes them to history and culture.

“Growing up you dream of these futures,” he says in an interview with NOW. “But Lando [Calrissian from Star Wars] was the one brother in space! You don’t really get to see your people in the future, and when you do they’re somebody’s sidekick. I really wanted to see what my culture would be in the future.”

Together they have created an Afro-futuristic vision to counter sci-fi shows and movies that never explore what happens to culture in the years to come.

“Usually when you see the society of the future, it’s very homogenized,” says Thorne. “You see the politics. But you don’t really see the culture. So I thought, let’s try to put something out that actually shows the culture of the future and how culture moves the people of the future. And hip-hop was the perfect catalyst. Because hip-hop is the voice of the people.”

The show features songs by the Notorious B.I.G., Kendrick Lamar and others, as well as original music produced by Boi-1da. Thorne also tapped Snoop Dogg to be the voice of The Archive, the thing that educates the young characters on ancient cultures and lost history – kind of like how Marlon Brando educated Superman through those crystals – and mobilizes them to rise up.

Few voices are more fit to represent hip-hop than Snoop, who recently appeared on screen alongside Eddie Murphy in Dolemite Is My Name.

“There are people who transcend,” says Thorne, explaining why Snoop is the perfect biblical figure for his love letter to hip-hop. “If you mention Snoop Dogg in Afghanistan, there’s going to be some people who be like, ‘yeah, yeah, yeah, Snoop Dogg.’”