The Scarborough voice artist has been voicing Warner's toons for a while now, but the big-screen sequel brings him into the majors 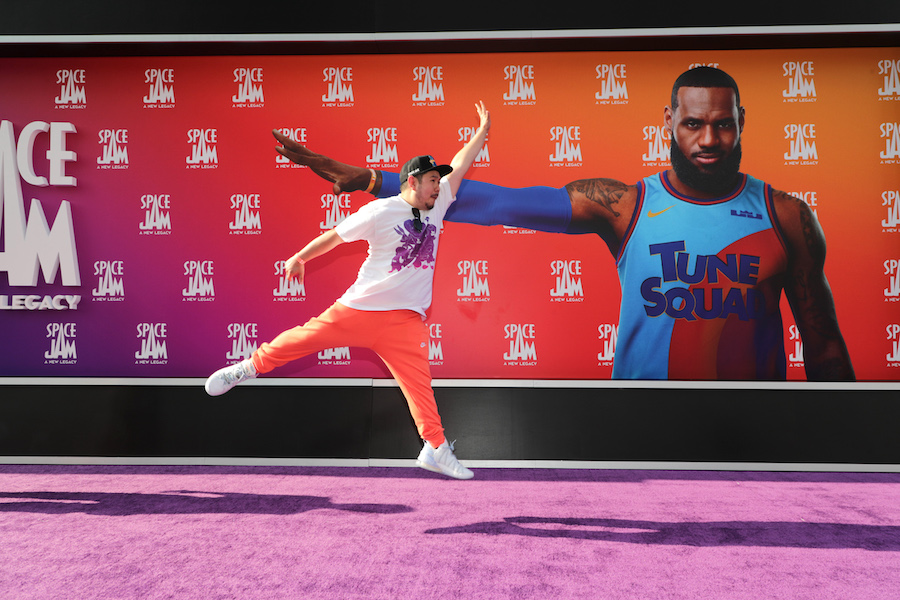 Eric Bauza has been a working voice artist for two decades, performing in film, television and video games. But the Scarborough native (and Centennial grad) went viral last year when Warner Bros. cast him as the voice of Bugs Bunny, Daffy Duck and others in the HBO Max series Looney Tunes Cartoons.

Bauza had been voicing Marvin The Martian and Pepe Le Pew in other projects, but those are supporting players. (And Pepe Le Pew is fursona non grata these days, anyhow.) Signature Looney Tunes characters like Bugs, Daffy and Tweety? That’s the animation version of getting called up from the minors to the bigs.

Which brings us to Space Jam: A New Legacy, the gargantuan feature film arriving in theatres and on VOD platforms Friday (July 16). Bauza voices Daffy, Porky Pig, Elmer Fudd, Foghorn Leghorn and Marvin in the film, and – to my ear, anyway – he recaptures both the sound and personality of original voice actor Mel Blanc; he’s not just “doing” the voices, but playing the characters. So we talked about that.

When I’ve seen videos of you at the mic, you’re a very physical performer – I’ve got “hand stuff” written down here, so forgive me. Have you developed any tics or tricks that help you capture a given character?

If you’ve ever seen me sometimes behind the microphone or behind the music stand with the script, you’ll see that I always kinda have to hold a pencil when I perform? It’s kind of this weird thing, [and] it’s different in every studio. There are some studios where I was enclosed in a smaller booth and there was a wall I could lean on – [slips into Bugs Bunny’s voice] and, y’know, when you’re doing Bugs, there’s that famous pose of leaning against the tree with the carrot, it kind of helps there. There’s some physicality that is involved with voiceover that not a lot of people will pick up on or notice. But as far as performers are concerned, it helps! Whatever weird gesture or nervous tic will help you get through that performance, just do it.

Did the pandemic have any impact on the Space Jam production, or was everything recorded beforehand?

Even before the pandemic hit, we were always recording individually anyway, but being able to record from home [was nice]; my only worry is that you don’t hear my neighbour’s dog barking, or the lawnmowers. If you do, I will pay for your month’s subscription of whatever streaming service you’re watching it on, and my apologies. I think there were only like a handful of retakes that I needed to do. But other than that, the audio engineers… god bless them. Their wizardry made it all sound like we were together.

Was there one moment that you’re proudest of? Is there a single line reading you felt you absolutely nailed?

[sliding into Daffy Duck] “The line for the bathroom is going to be insane!” I love Daffy. He’s definitely a big surprise for me – in all of the Looney Tunes I’ve been able to perform, I never knew that I could do Daffy. And he’s definitely one of my favourite characters of all time.

Watch the whole animated conversation in the video below.