Water On The Table 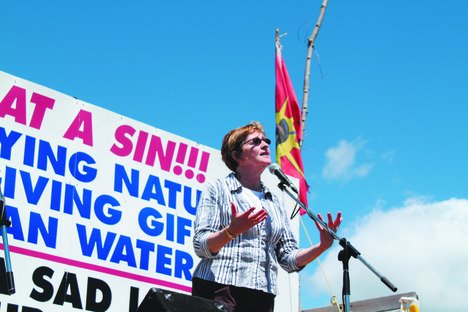 Filmmaker Liz Marshall shadows Canadian author and activist Maude Barlow as she travels the world campaigning for recognition of access to fresh water as an essential human right. Given the vast money to be made in the global bottled water industry, that’s easier said than done, and Marshall’s documentary shows Barlow working hard to overcome corporate spinmeisters, wavering governments and an unenlightened public.

Watching Barlow push back against wave after endless wave of resistance makes the experience of watching Water On The Table a little frustrating, but her message is one that bears – and needs – repeating.