Is Hollywood exploiting the push to diversify criticism for marketing wins?

American critic Wesley Morris suggested a thirst for long-overdue representation is leading critics to conflate identity with quality. And the industry is fine with that 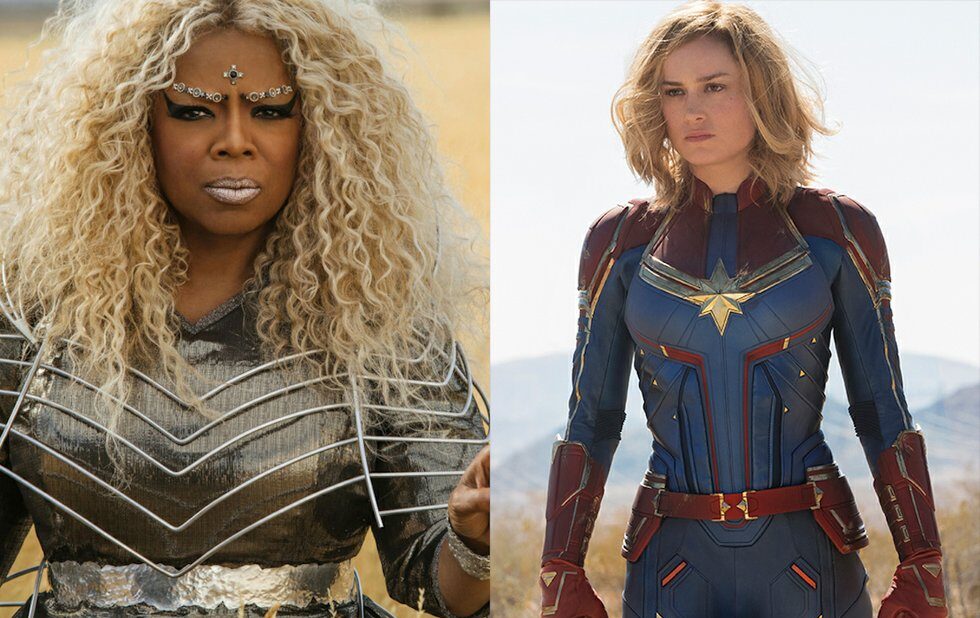 Oprah Winfrey (left) and Brie Larson have starred in bad movies that were celebrated as milestones for diversity.

That’s the film that helped me discover Morris. His lucid review in Grantland was among the very few to capture what I love about the film. Paul Thomas Anderson is my favourite filmmaker working today. And Morris, who at the time wrote that Inherent Vice might be minor PTA, now admits that it’s his favourite work by the filmmaker (even though it might not be his best).

There isn’t much of a point to this conversation. We’re two critics admiring a great filmmaker’s work. Or rather, we’re two POC critics.

Wesley Morris is a gay Black man. I’m Sri Lankan Tamil. We can both deeply love and appreciate a thing made by a straight white man who makes very white films. And by that logic, we can also dislike films and television made by diverse talents.

That question inspired Morris’s controversial essay The Morality Wars, in which he admitted to not enjoying Insecure, the rare HBO series created by and starring Black women. In it, he described an interaction in which someone essentially suggested Insecure is good because it’s created by and represents Black women, and damn whoever says otherwise.

This is a discussion Morris will likely probe further when he takes to the Isabel Bader Theatre for an onstage discussion with CBC’s Amanda Parris, hosted by the Koffler Centre.

Morris was a film critic with the Boston Globe for a decade. He won the Pulitzer Prize in 2012, one of only six film critics to receive that honour. Today, he is a critic-at-large for the New York Times while serving as a culture writer for New York Times Magazine and hosting the podcast Still Processing alongside Jenna Wortham.

His writing and conversations are never limited to race, or even film, but Morris has a particular knack for getting to the heart of racial issues and breaking them down brilliantly. His mic-drops on movies like Three Billboards Outside Ebbing, Missouri and Green Book leave the rest of us critics breathless.

But times are changing, and there are more of us trying to do this work, and in doing so the dial has shifted in the cultural conversation.

“The thing that’s changed culturally is the sort of centering of identity in American culture,” says Morris. “For a long time the questions were really about sex and violence. They weren’t about the people in the movies. They were about whether it’s right or wrong to see people die, or see people shot, or see explosions, or see fucking.

“You watch a lot of those same movies where these questions of sex and violence were coming up, but the treatment of women or the treatment of non-white people were also important. You go back and read some of the reviews of most westerns – there’s no question about how Indigenous people were treated.”

Morris is upbeat about these shifts. Morality Wars was a deep probe into this moment – and he felt the backlash.

Morris questioned whether “woke” culture and the thirst for long-overdue representation has led to critics protecting diverse shows like Insecure and African American icons like Beyoncé.

“There are people who are more comfortable thinking about the rightness and wrongness of the most superficial aspects of a work,” says Morris. “That is not an illegitimate way of practising criticism it’s just kind of limiting.

“The problem becomes a matter of ‘policing,’ to use an internet term,” he continues. “Do I have to go to criticism jail or taste jail for being vocal about my disappointment or my belief that Insecure is a mediocre show?

The “post-text” conversation, as Morris has described it, goes beyond Insecure. There are many instances where we might be giving films bonus points for wokeness and, as Morris discusses in his essay, take points away from brilliant films with a “problematic” actor or filmmaker. 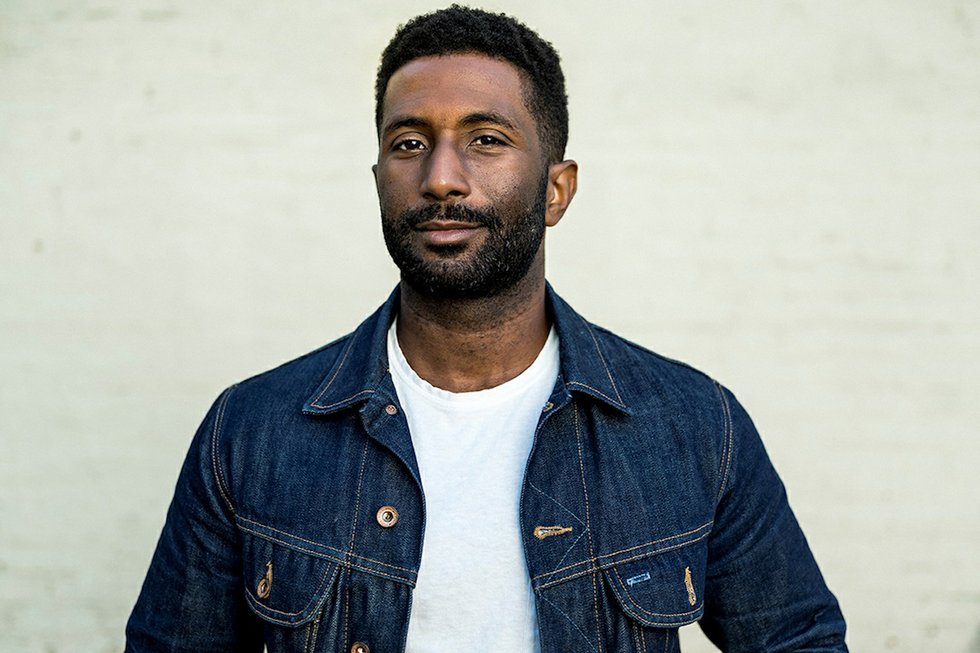 I was tempted to give Captain Marvel a favourable review just because it was Marvel’s first female-led film, and I can’t help but think other critics felt the same. There are voices on the internet who suspect our love for Black Panther was derived from a similar impulse.

And I wonder how much the rapturous reception new comedy Booksmart has enjoyed has to do with its identity politics. Olivia Wilde’s film is energetic, and boasts a wonderful cast who are ethnically and sexually diverse. But as a comedy, I found it meandering and rarely funny. Could it be that those who find it uproariously hilarious are enjoying the feelings of finally being seen?

I know that drug. I’ve felt it. I don’t know whether it clouded my judgment when I raved about Dheepan, a film about Tamil refugees that tapped into my personal history like no other.

Morris brings up Ava DuVernay’s A Wrinkle In Time as a prime example of how the identity conversation clouded criticism. I’m the guilty party. I watched that dull, messy fantasy with my mind constantly lingering on its lead, a young mixed-race girl. I considered how, up until the 2014 Annie remake, children’s movies were always white.

I’d reviewed A Wrinkle In Time remembering how during my own childhood I’d felt more intimately connected to and familiar with the characters in Boyz N The Hood than Home Alone, which is kinda fucked when you think about it. And so my review became an insincere vote for A Wrinkle In Time’s right to exist, in the same way people might praise Insecure because it exists.

A Wrinkle In Time became a flashpoint in the conversation about having representation within film criticism when Brie Larson announced an initiative by Sundance and the Toronto International Film Festival to help diverse writers gain media accreditation, which was followed-up by a similar effort by Rotten Tomatoes.

“I do not need a 40-year-old white dude to tell me what didn’t work for him about A Wrinkle In Time,” said Larson to loud applause. “It wasn’t made for him. I want to know what that film meant to women of colour.”

Larson’s comments were echoed by the stars of Ocean’s Eight, who responded to unfavourable reviews by pointing to the gender gap in criticism and how their movie was made for women.

The doomsday scenario, in my mind, is that Hollywood has co-opted the fight for diversity in criticism into an extension of its marketing machine, not because it cares what individual critics have to say or think but because it’s always looking for ways to nudge the Tomatometer in its favour.

Most people don’t read reviews – they look at the Tomatometer. The industry push for diversity in criticism was always about tipping the scales on Rotten Tomatoes, which obliged by inducting new underrepresented reviewers.

And those reviewers are well aware that their most widespread contribution to the culture won’t be nuanced and well-articulated discussions on any given movie, but rather whether they helped a movie rate “Rotten” or “Fresh.” My A Wrinkle in Time review was just positive enough to rate “Fresh.” That’s how I voted for its existence, and my own.

“You don’t work for RottenTomatoes,” Morris points out, sounding exasperated and amused when I explain these frustrations. “Life is too short. I can’t deal with that. I have the luxury of saying that.”

Morris doesn’t often have to deal with these issues. Lately, he does less everyday reviewing and more selective and comprehensive essays. But even when he wrote regular reviews that ended up on RT, he never let the Tomatometer stain on his writing. That shit is too reductive anyway.

“If you read this 952-word thing I wrote that was kind of mixed on something and what you get out of that is that it’s a rave, I think we need to talk about your reading comprehension,” says Morris.

Good criticism can’t be reduced to a yay or nay anyways it’s less about guiding what you see than it is about engaging you in a discussion before or after you see it. If we criticize Roma or Green Book, or Insecure or Booksmart, that doesn’t mean you shouldn’t see them. And it definitely doesn’t mean they shouldn’t exist.

It just means we get to have our say.