What to watch this weekend: August 21-23

Including HBO's NXIVM doc series The Vow, An Easy Girl on Netflix and Grace Glowicki's Tito 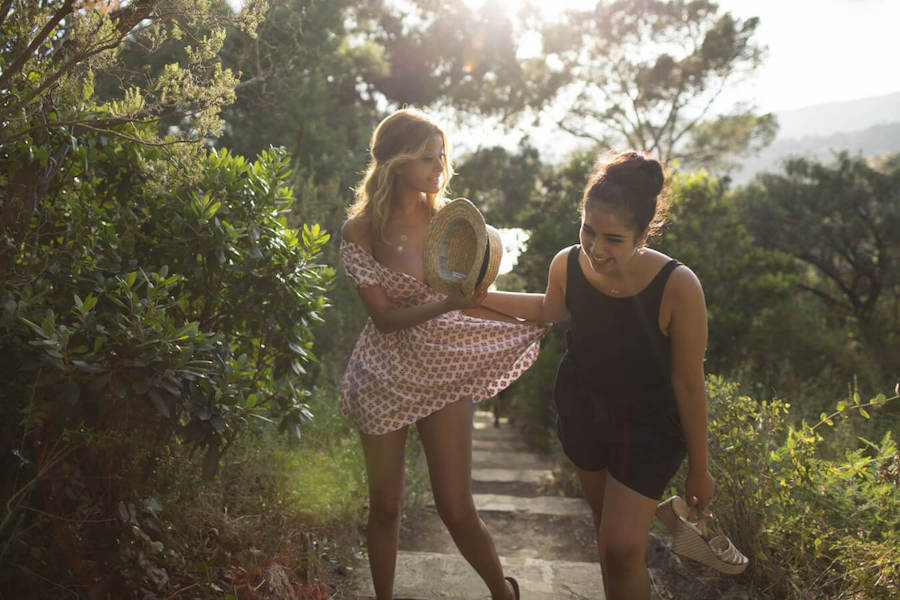 NOW critics pick what to watch on the weekend of August 21. Plus: Everything new to VOD platforms.

Influencer culture collides with the French New Wave in writer/director Zlotowski’s sly, sun-soaked coming-of-age drama. It’s summer in Cannes and 16-year-old Naima (Mina Farid) is pondering career options when her unapologetically provocative cousin Sofia (Zahia Dehar) sashays into town from Paris. We’ve already spied Sofia swimming topless in an opening sequence that nods to Eric Rohmer’s La Collectionneuse. French viewers will know Dehar, a former teen escort-turned-model and lingerie designer who was involved a sex scandal with the French national soccer team. But you don’t need that backstory to appreciate Zlotowski’s aims: using the camera’s gaze to indulge in and then challenge preconceived notions of hyperfemininity.

Mina tags along when Sofia meets two older men on a yacht (Benoît Magimel and Nuno Lopes). Questions around class, values and autonomy gradually take shape. Naima is the daughter of a cleaner, and Sofia’s new friends politely tolerate her presence. She’s aghast that Sofia leaves the house without any money – men, of course, pay for everything. Working from a script co-written with Teddy Lussi-Modeste, Zlotowski gives us the full summer-on-the-Riviera arthouse fantasy; her gliding camera moves, long shots and delicate classical soundtrack carry us along with an intoxicating precision. Like Sofia, An Easy Girl delights in details and avoids moralizing. It’s a complex, humanistic exploration of the influencer archetype, a woman keenly aware of how she is viewed and the systemic forces around her – sometimes they work to her advantage, sometimes not. The movie feels like it’s holding a mirror up to our own attitudes and cinematic fantasies: Sometimes we have complicated relationships with glamour, sometimes not. Subtitled. 92 min. Now streaming on Netflix Canada. NNNN (Kevin Ritchie)

“Why didn’t these women see what was happening to them?” That’s the central question in HBO’s nine-episode doc series about NXIVM, an Albany-based “executive success program” revealed to harbour a secret, women-only sect that starved and branded participants. Leader Keith Raniere was later tried and convicted on several federal charges, including sex trafficking, but this series was largely shot before his arrest.

We follow Vancouver-based actor Sarah Edmondson, filmmaker Mark Vincente and others as they detail how they became in involved with NXIVM and then attempt to blow the lid off its activities. While coverage of the NXIVM trial focused on shocking details and celebrity connections, directors Noujaim and Amer are more interested in psychology. Not only are the women victims, but many of them grapple with guilt for recruiting others who had grown to trust them over months, even years.

The six hour-long episodes sent to critics are structured around a different member’s exhaustive testimonials and illustrate memories with a mix of abstract montages and intimate footage. Noujaim and Amer do a good job of holding together complex narrative threads, though their need to deliver cliffhangers gives the The Vow a stop-start pacing. We see exactly how Raniere manipulated his well-to-do clientele. These successful, financially stable and unfulfilled people were searching for something to give their lives meaning, but this class dimension – the elephant in the room – is rarely addressed in blunt terms. Eventually, the ex-members’ determination to bring NXIVM down seems to become the kind of existential salve they were searching for in the first place. Premieres Sunday (August 23) on HBO Canada and streams on Crave. NNN (KR) 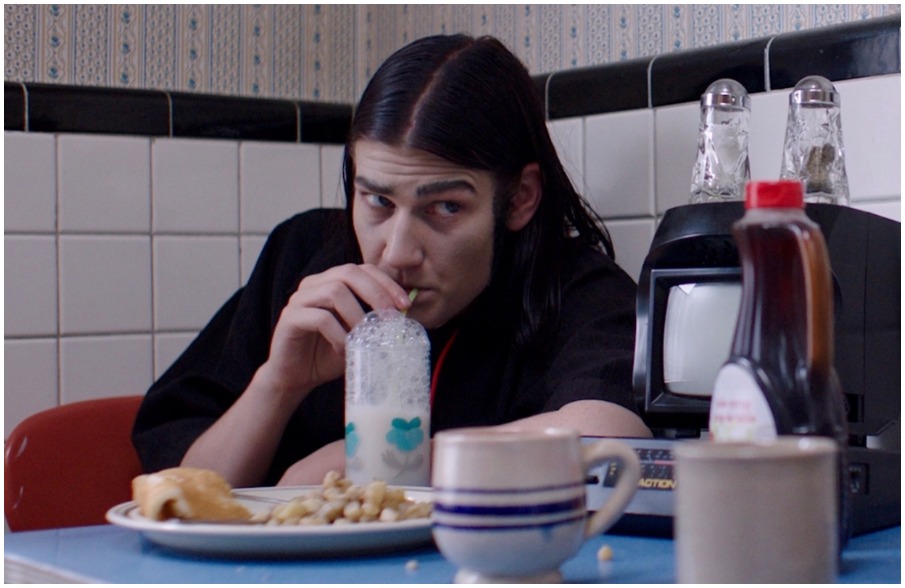 Tito is strangely intoxicating and suffocating in purposeful ways. Writer/director Glowicki’s film, which won a prize at the SXSW Film Festival in 2019, is about a man named Tito who lives in self-isolation. The movie feels even more potent watching it months into the pandemic. In a stroke of cross-gender casting, Glowicki plays Tito, a man deathly afraid of the world outside, giving a baroque performance. She twists and lurches her tall and slender frame to physically manifest Tito’s cowering emotions, as if he’s also afraid of his own body. One day, a man who lives nearby named John (Ben Petrie) imposes on Tito’s space. He’s friendly and generous at first, luring Tito with pot and human companionship. But the relationship slowly and agonizingly veers towards the toxic. Tito stretches a thin plot and largely succeeds on the strength of Glowicki’s performance and style. The anxiety Glowicki dredges up can be uncomfortably hilarious. But it’s suggesting a trauma and terror familiar to anyone who is not a cisgender heterosexual male. 70 mins. Available on digital and on demand platforms on Tuesday (August 25). NNN (Radheyan Simonpillai)

Sold in the UK as the next Killing Eve, this six-part series from Cheat’s Gaby Hull is indeed a cat-and-mouse thriller that follows killers and detectives on a collision course with one another – though that’s where the similarities end. Two young lovers (Sea Fever’s Hermione Corfield, Baghdad Central’s Dipo Ola) embark on a murder spree, while a pair of newly partnered detectives (Torchwood’s Eve Myles, Into The Badlands’ Babou Ceesay) try to stop them.

Overheated opening titles aside, it’s a nicely balanced study in messy people making messy choices with even messier consequences. Corfield and Ola are necessarily restricted to tense conversations and outbursts of violence, while Myles and Ceesay find unexpected comedy in their characters’ oil-and-water relationship. Myles gets the best role, playing a sharp, intuitive copper who’s also a near-total disaster of a human being. Hull’s scripts are clever and complicated, letting all four leads be sensible and intelligent rather than volatile idiots. Her finale is a little disappointing, determined to set up a second season at the expense of resolving this one, but that’s one small failing in an otherwise solid show. Airs Sundays at 10 pm through September 13 on Crave. NNNN (Norman Wilner) 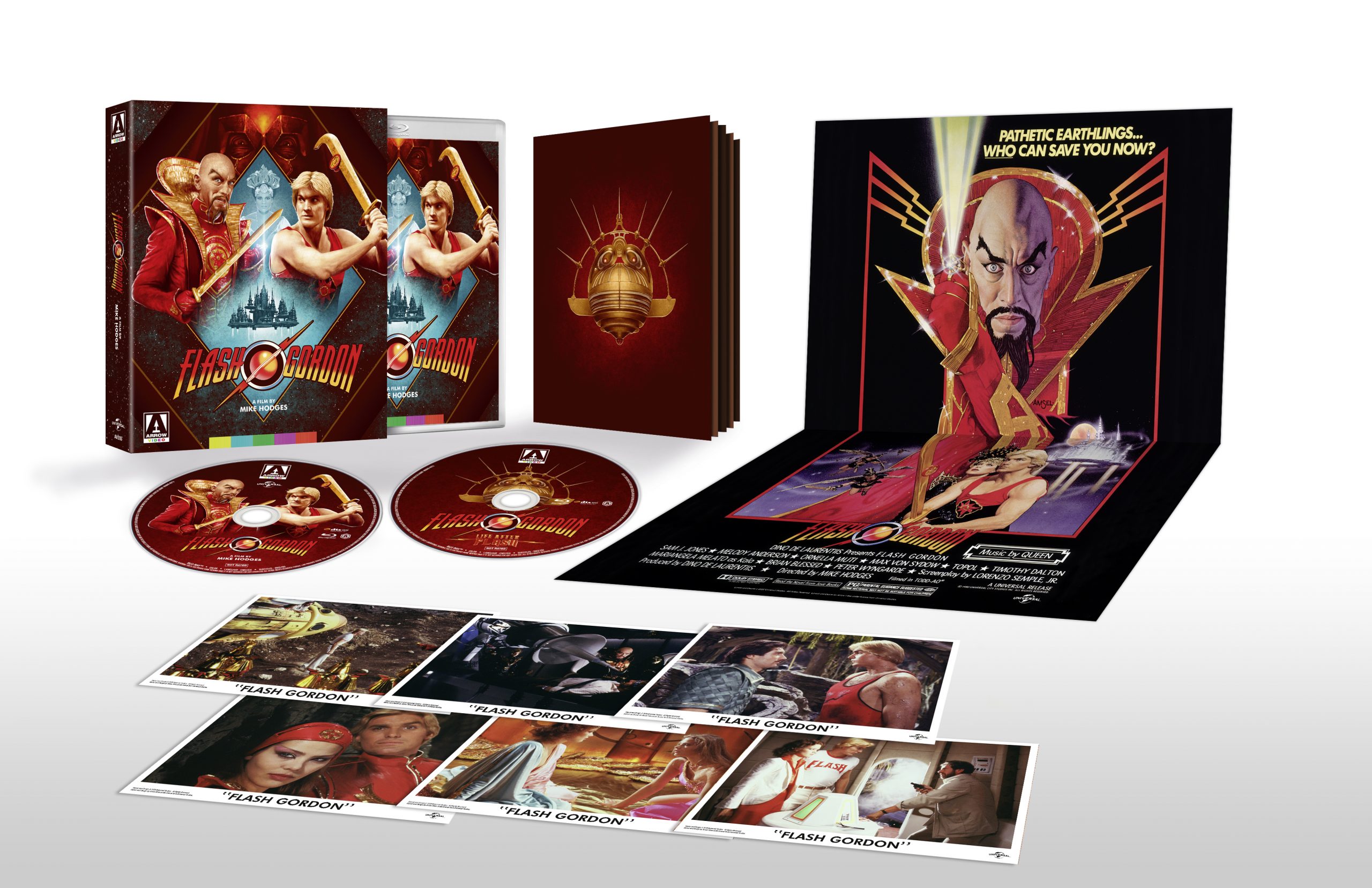 Producer Dino De Laurentiis wanted this 1980 update of the old sci-fi serial to be his Star Wars – a massive blockbuster that generated toy sales, sequels, the whole nine yards. That didn’t happen, but Flash Gordon did burrow into the brains of its young audience like a pack of bore worms, its bright colours, goofy attitude and BDSM-inspired wardrobe choices waiting to be rediscovered over the years and appreciated for what they’re saying about the preposterously masculine genre. The film now stands as a glorious riot of queer camp, a psychosexual litmus test with the likes of Max Von Sydow, Topol, Timothy Dalton, Ornella Muti and Brian Blessed running around in the background having the time of their lives. (The soundtrack’s by Queen. It’s not like anybody was exactly trying to hide anything.)

For its 40th anniversary, British specialty label Arrow Video offers the ultimate Flash Gordon package, starting with an eye-popping Ultra High Definition 4K presentation of the feature that really brings out the detail in those gargantuan, exquisitely hand-built sets. (If you don’t have a 4K player, there’s also a Blu-ray release.) The movie is accompanied by a suite of special features from previous Universal Studios Home Entertainment discs and a new documentary about an aborted version of the project, which would have been directed by Nicolas Roeg. Both the 4K and Blu-ray editions are also available in limited-edition boxed sets with lobby cards, a mini poster and an additional disc of extras built around the feature-length Life After Flash documentary, about the subsequent career of star Sam J. Jones. It’s all a bit much… but then, so is Flash Gordon.

All editions available in stores and online, and directly from unobstructedview.com.