What to watch on VOD and streaming this weekend 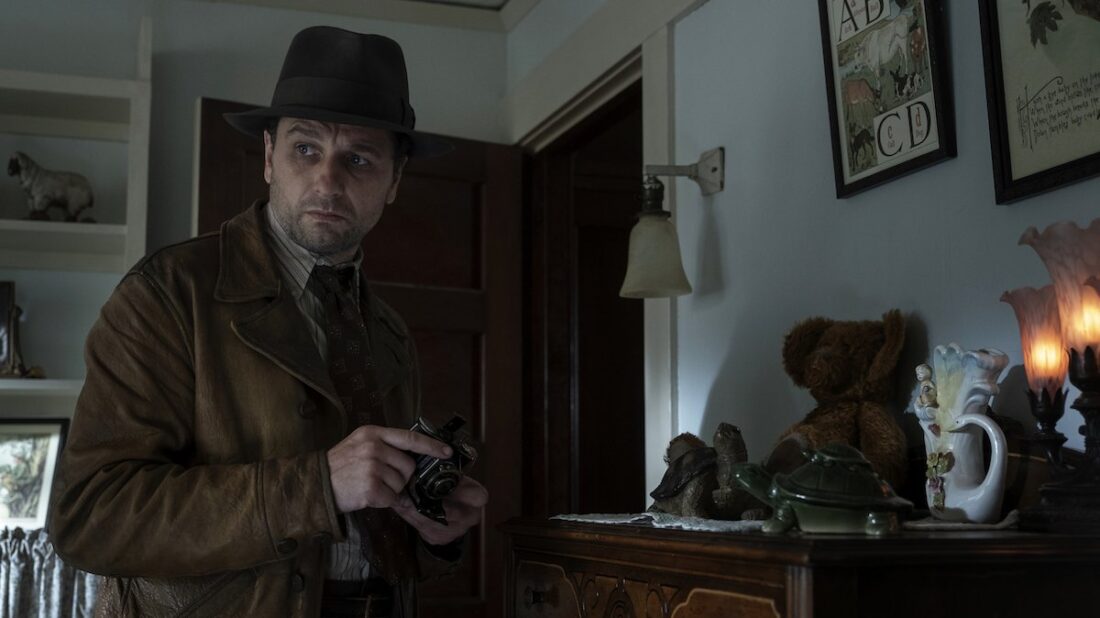 HBO’s latest prestige series does its best to reformulate Erle Stanley Gardner’s brilliant defence attorney for a modern audience, which means completely reinventing the character so beloved to generations of TV viewers. There’s barely a trace of Raymond Burr’s steely crusader in Matthew Rhys’s self-destructive young Perry, introduced here as a war veteran, deadbeat dad and two-bit private investigator doing his best to drown his self-loathing (and his PTSD) in booze, Prohibition or no. But when a sensational infant murder shakes 30s Los Angeles, Perry is pulled into the case – and towards his destiny as an officer of the court.

Written by Rolin Jones and Ron Fitzgerald, the reboot gives the property the full Boardwalk Empire treatment, juicing a period story by amping up the sex, violence and language they also let the characters breathe, giving our hero and his colleagues – including Juliet Rylance’s unflappable Della Street and Chris Chalk’s righteous Paul Drake – very good reasons to push back against an apathetic justice system. Throw in Tatiana Maslany as a radio preacher with a very specific sense of mission, and GLOW’s Gayle Rankin as a shattered mother on trial for murder, and you’ve got yourself a reboot with real potential. Read full review here. Sundays at 9 pm on HBO Canada and streaming on Crave. NNNN (Norman Wilner)

If you’ve been wondering what sort of art will come out of the pandemic, this British collection of short dramas offers a taste: there’s some flailing and some very conventional storytelling choices, but when an idea lands it lands really well.

Produced by ITV Studios – and available in Canada on Britbox – Isolation Stories offers a quartet of little dramas about people sheltering in place all over the UK: a pregnant woman (Sheridan Smith) tries to keep calm and carry on a son (Tom Glenister) tends to his seriously ill father (Robert Glenister) an actor (Darren Boyd) struggles through a video call with his very patient therapist (Angela Griffin) and a newly single father of two (Eddie Marsan) struggles with his situation while his ex-wife’s father (David Threlfall) insists on popping by the backyard to amuse the kids (Bodhi Marsan, Blu Marsan).

There’s a fascinating meta aspect to Isolation Stories, since these episodes were shot in the actors’ own homes (by themselves or their family members) and two of them feature actual parents and children playing fictionalized versions of their own relationships. But more to the point, they work as dramatic narratives – even if a couple of the endings feel a little pat. All four episodes available to stream June 23, on Britbox. NNN (NW)

Jane Fonda, Lily Tomlin and Dolly Parton: name a better trifecta. The dynamic trio defined this 1980 film, which feels just as relevant today as it did then as it follows three women who kidnap their “sexist, egotistical, lying, hypocritical bigoted” boss (a well-moustachioed Dabney Coleman) and take over the company the very best they can. Hijinks – obviously – ensue. The film launched Parton’s screen career. Not only does she add wild energy to the story, which is already delightfully ridiculous, but she also wrote and recorded the film’s beloved theme, which became one of her biggest hits of the decade. It also had a long life, with a mid-80s TV series based on the film that ran for five seasons, a musical adaptation with all new songs written by Parton, and a very recently scrapped sequel that was set to reunite her, Fonda and Tomlin. But it really doesn’t get better and more absurd than the original, shoulder pads and all. 109 minutes. Now streaming on Crave. NNNN (Sadaf Ahsan)

A real-time thriller presented as a bottle episode, German filmmaker Vollrath’s first feature (following his Oscar-nominated short Everything Will Be Okay) takes place entirely within the cockpit of an Airbus A31 during a terrorist hijacking, as a young co-pilot (Joseph Gordon-Levitt) finds himself trying to land the plane safely while the attackers threaten to kill the passengers if he doesn’t open the door. And to make things worse, one of the terrorists is locked inside with him.

As a storytelling challenge, it’s a nifty one, and I was pleased to see that Vollrath and cinematographer Sebastian Thaler aren’t interested in showing off there’s no virtuoso work here, just a straightforward presentation of the action that works to build tension and pull us further into the story. And they’ve got all the virtuosity they need in Gordon-Levitt, anyway: the actor holds the screen capably, mixing panic, pain and resolve as 7500 puts his untested character through a trial by fire. Read full review here. Available to stream on Amazon Prime Video. NNNN (NW)

Exclusively on Vimeo this weekend iTunes and other platforms June 23

You Should Have Left

Inmate #1: The Rise Of Danny Trejo