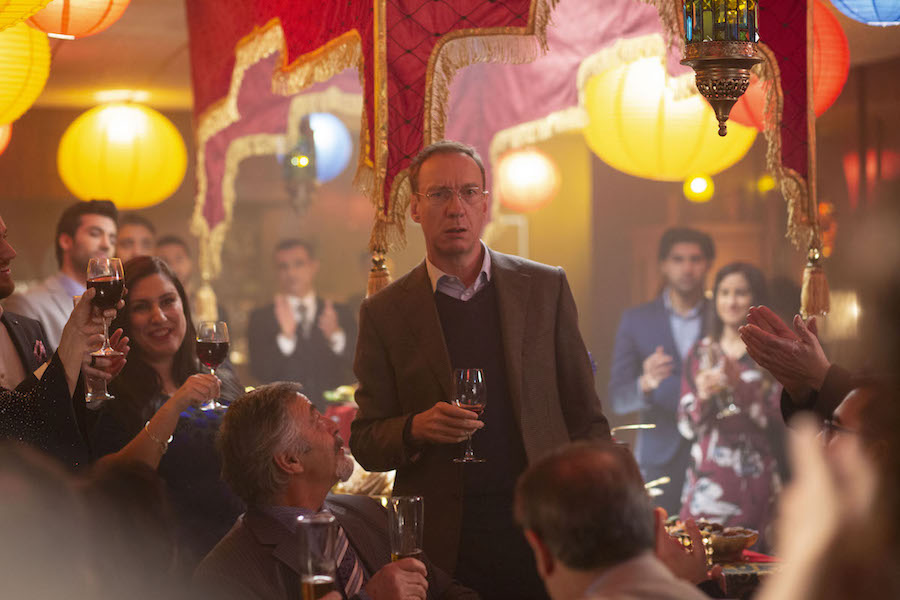 Toronto director Egoyan’s melodrama is about a tortured father-daughter relationship. David Thewlis plays Jim, a food safety inspector who visits a diverse array of immigrant-run establishments, sometimes ending up in battles of wits with intrepid proprietors intent on evading closure. The public-health plot is but one in this multi-layered film full of mystery, symbolism and interlocking timelines. Jim is grieving his late wife and trying to reach out to his daughter Veronica (Laysla De Oliveira), a former high-school band conductor who is in prison and apparently content to be there. Their estrangement stems from her childhood experiences taking private glass harmonica lessons(!), but the complicated non-love triangle that landed her behind bars didn’t exactly help matters.

All of this is recounted in flashbacks and narrated by Veronica as she sits for a confessional-like interview with a hot priest (Luke Wilson). The public health inspections gradually become a way for Jim to unravel the tangled drama. Thewlis has just enough gravitas to maintain dramatic tension without sacrificing his character’s ridiculous tendencies. Unfortunately, De Oliveira’s overly serious performance is flat in comparison, undermining her promisingly scintillating storyline. The most expository and device-y characters can add a lot to melodrama with great writing and acting, but there’s so much heavy-handed music and washed-out stylization that what’s good about Guest Of Honour is frequently eclipsed by what’s not good. There are themes around bureaucracy vs artistry, grief and reassessing memories. Egoyan’s script smartly emphasizes character over plot, but the film is too uneven to feel satisfying. 105 min. Available on digital and on demand platforms on Friday, July 10. NN (Kevin Ritchie)

Looking to patch up their relationship, college kids Emily and Randall (Liana Liberato, Noah Le Gros) drive out to his parents’ place on the shore for a weekend away, only to discover that family friends (Jake Weber, Maryanne Nagel) are already set up there. Which is fine – there’s plenty of room – except that something horrible is rising up from the ocean, and the contagion is spreading throughout the community. Making his feature debut after a long career as a location manager, writer/director Brown creates a dread-soaked thriller that makes the most of its limitations: visual effects are sparing but effective, the actors supply most of the tension and fear through their performances and the story about people trapped with one another while an unknown new pathogen sweeps through the world can’t help but feel awfully relevant right now. The final movement feels a little overstuffed after such a focused first hour, but Liberato holds it all together like a pro. 88 min. Streaming Thursday, July 9 on Shudder. NNN (Norman Wilner)

Tom Hanks’s lifelong fascination with the Second World War reaches its zenith with this adaptation of a 1955 novel by C.S. Forester, following an untested Navy captain as his gunboat escorts an Allied convoy across the Atlantic towards England, and directly through a hunting ground of German subs. It’s a good, tense tale, and Hanks – who wrote the script and stars as the capable but terrified commander – makes it better by stripping the story down to an almost elemental level, cutting almost everything that isn’t essential to the moment-to-moment narrative. Aside from a brief flashback, the action never leaves the ship, compressing three days of tension into 90 taut minutes, with dialogue almost entirely reduced to tactics and jargon. It’s generic in the best possible way, trusting the audience to catch the visual signifiers – plates of food, shiny new shoes, a murky sonar screen – and use our understanding of war-movie narratives to fill in the blanks. And director Schneider (Get Low) deftly integrates digital and practical images into the frantic action sequences. Please don’t watch this on a laptop. 94 min. Streaming Friday (July 10) on Apple TV+. Full review here. NNNN (NW)

After a run of high-octane, A-lister action junk like Triple Frontier and 6 Underground, Netflix finally gets it right with this adaptation of Greg Rucka and Leandro Fernandez’s 2017 comic about immortal warriors who pass their time fighting for causes they deem worthy – and who, after millennia of operating unnoticed, are exposed and targeted by a malevolent pharma bro. Adapted for the screen by Rucka, and boasting an absurdly overqualified international cast that includes Charlize Theron, Matthias Schoenaerts, Marwan Kenzari and Luca Marinelli as the deathless heroes, If Beale Street Could Talk’s KiKi Layne as their newest member and Chiwetel Ejiofor as the ex-CIA operative who’s discovered their secret, The Old Guard is both serious enough to justify its mission and smart enough to have fun with its premise: it’s Highlander without the in-fighting, and a lot more ordnance. And while director Prince-Bythewood might have seemed an odd choice for this project, coming from intimate character pieces like Love & Basketball and Beyond The Lights, the actors clearly respond to her – especially Theron and Layne, whose grudging bond becomes the movie’s heartbeat. 124 min. Some subtitles. Full review here. Streaming Friday, July 10 on Netflix. NNNN (NW) 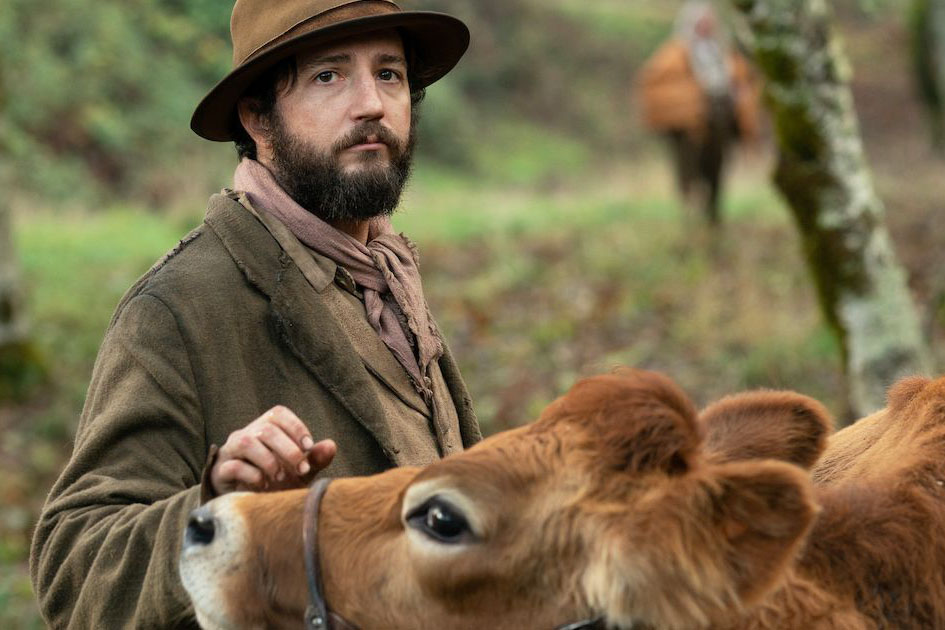 This sweltering weather is the perfect environment in which to watch this 60s British sci-fi classic, a literal slow-burn apocalypse framed as a journalistic procedural by screenwriter Wolf Mankowicz and director Val Guest. The premise is unsettlingly simple: a rash of freak weather incidents and escalating temperatures are revealed to be the result of U.S. and Soviet nuclear testing that’s thrown the Earth off its axis, sending the planet towards the sun. The focus on Edward Judd’s divorced Daily Express hack Peter – whose new relationship with colleague Jeannie (Janet Munro) has just started to bring him back to life – creates relatable stakes in a narrative that unfolds like a nightmare, with Mankowicz and Guest building suffocating tension towards an ingenious ending. Kino Lorber’s new Blu-ray ports over an audio commentary with Guest and documentarian Ted Newsom recorded for a previous DVD release and adds a new track by film historian Richard Harland Smith. But the film itself – mastered from an excellent 4K restoration produced for the British Film Institute – is the star, its unsettling, thoroughly convincing vision of individual helplessness in the face of an unimaginable global crisis feeling even more accurate now than it might have in 1961. (NW)