NOW MagazineMovies & TVNews & FeaturesWhat to watch on Crave in January 2020

What to watch on Crave in January 2020

NOW critics pick the best movies and TV shows coming to Crave, including New Eden, Avenue 5, Curb Your Enthusiasm and The Grizzlies 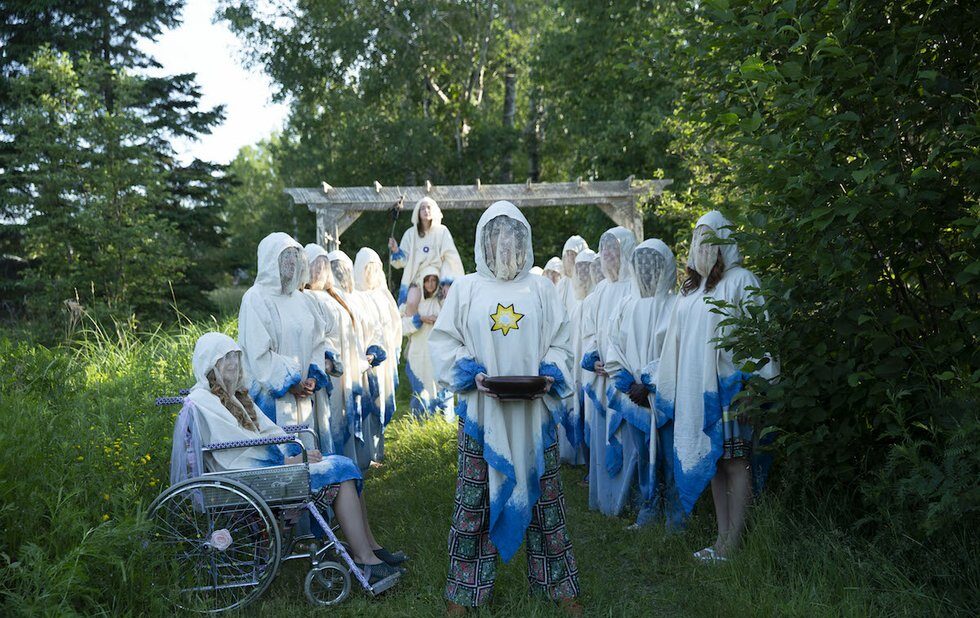 Beamed in from some cable channel in 1992, this true-crime mockumentary series from writer/stars Kayla Lorette and Evany Rosen investigates the “large-scale feminist utopia” of New Eden, a women-only retreat in rural BC established by two friends who had no idea what they were doing, and just kept digging a deeper hole for their poorly researched, alien-goddess-worshipping cult. Given that Lorette and Rosen have been part of some very weird, very funny things over the last few years – among them the web series Space Riders and the comedy troupe Picnicface, respectively – New Eden looks ready to build a cult of its own once it drops. January 1

The new HBO series from Armando Iannucci (The Thick Of It, Veep, The Death Of Stalin) takes its name from its setting: a luxury space liner taking 5,000 people on a grand tour of the solar system, led by a dashing, confident captain (Hugh Laurie). So of course things go wrong almost immediately, sending the large cast – which includes Frozen’s Josh Gad as an entitled mogul, Dr. Ken’s Suzy Nakamura as his exhausted assistant, Being Human’s Leonora Crichlow as a beleaguered engineer, Silicon Valley’s Zach Woods as an overwhelmed cruise director, Ethan Phillips as an ex-astronaut and Rebecca Front, Andy Buckley, Jessica St. Clair and Kyle Bornheimer as front-facing passengers on the voyage of a lifetime. Like all of Iannucci’s projects, it’s a comedy about cranky, overmatched people trying to function within a badly broken system it’s just that this particular system is a long, long way from home. January 19

It’s been just over two years since we had new episodes of Larry David’s long-running improvised comedy series. The last time around, Larry wound up producing Fatwa: The Musical with Lin-Manuel Miranda – though, as per usual, that loose narrative thread frequently took a backseat as trivial digressions snowballed into screwball scenarios. We don’t know much about season 10 except that Laverne Cox, Jane Krakowski, Isla Fisher and Fred Armisen are among the guest stars, as is Jon Hamm, who plays himself. January 19

Stephen King takes a stab at a True Detective-style procedural in The Outsider, his recent novel turned HBO series. Jason Bateman plays a teacher arrested for raping and murdering a young boy. Ben Mendelsohn and Cynthia Erivo play the investigators sifting through evidence and alibis and confronting monsters – the kind you would expect from the guy who wrote It. The Outsider is premiering on Crave alongside original series Cravings: The Aftershow, which brings you post-episode recaps and discussions hosted by eTalk and The Social’s Lainey Lui. January 12

It’s a fascinating thought experiment: can any television series that brings back Patrick Stewart’s beloved captain possibly satisfy the fan base that’s been clamoring for more Next Generation action since that the crew of the Enterprise-E signed off in the profoundly disappointing Nemesis 18 years ago? Well, after a year of rumours and teases, we’re about to find out, as events conspire to bring good ol’ Jean-Luc out of a comfortable retirement and into the final frontier, accompanied (apparently) by a number of his old pals. Whatever this adventure holds, it won’t be his last: CBS All Access has already ordered a second season. January 24

Inspired by Lindy West’s memoir and starring SNL’s Aidy Bryant as a plucky aspiring reporter dealing with fatphobia and flaky dates, Shrill’s winning first season made an early impact on last year’s TV landscape. (That transcendent pool party episode! The scene where she tears her worst online troll a new one!) This season sees Bryant’s Annie dealing with the repercussions of last season’s decisions, including storming out of her job at an indie magazine, finally getting serious with crusty stoner fuckboy Ryan and throwing a cement planter through a dude’s window. We’re ready to devour it like so much post-sex leftover spaghetti. January 24 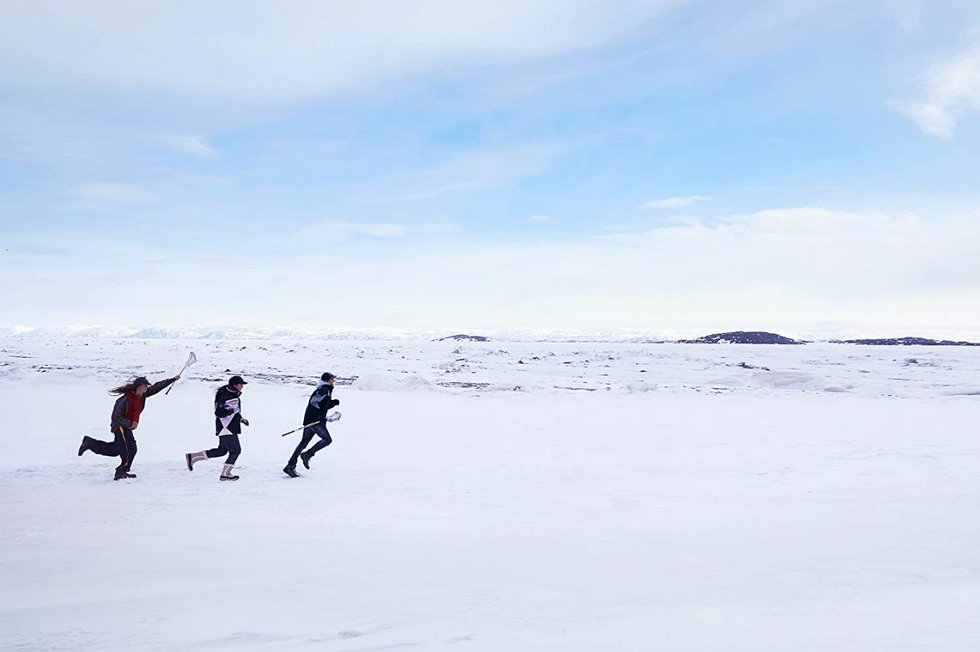 Marketed as an underdog sports movie about a high-school teacher (Ben Schnetzer) who inspires his Indigenous students to form a lacrosse team, Miranda de Pencier’s first feature is considerably more complex than that, thanks to a carefully established sense of place (Kugluktuk, Nunavut, circa 2004), thoughtfully fleshed-out characters and a refusal to shy away from the darkness that lurks at the edges of the story. The Grizzlies is a movie about suicide prevention as much as it is about sports, and about generations of trauma reverberating through a community that’s long since stopped expecting anything to change. Screenwriters Moira Walley-Beckett (Anne With An E) and Graham Yost (Speed) tell their story with authenticity and heart, and that makes all the difference. Read our review here. January 10

Tim Wardle’s hit documentary about American triplets separated at birth told a sensational and disturbing story while thoughtfully exploring the way young boys have historically been raised. The movie recounts the incredible story of Robert Shafran, Eddy Galland and David Kellman, three brothers who reunited in the 80s by chance and became media sensations. Things take a darker turn as it becomes clear that  the separation was intentional. Read our review here. January 17

Avengers: Endgame got Iron Man out the way, giving Tom Holland the room to stretch his legs and grow into his own as Spider-Man. Robert Downey Jr’s iconic character is a structuring absence in Spidey’s European vacation, a light-hearted, fun and moving adventure that sees Holland’s Parker step up to be a new figurehead among the Avengers. This sequel has the right balance of teenage drama and world-saving shenanigans. And in Spidey’s battle against a villain who conjures over-the-top CGI monsters, Far From Home parodies so many superhero movies before it. Read our review here. January 17

Will Smith and Martin Lawrence are returning to the roles that made them movie stars in January’s Bad Boys For Life. In anticipation for that reunion, the first two Michael Bay movies are hitting Starz. Celebrating its 25th anniversary, the original remains a groundbreaking guilty pleasure: its the first mainstream action movie to pair and lean into two Black leads (as opposed to having Eddie Murphy tempered with white people). Meanwhile, Michael Bay practiced his slow-mo swooping aesthetic, packing in the money shots and turning his movies into feature length trailers for themselves. January 17 (with the Starz add-on)

A man (Cillian Murphy) wakes up in a hospital, drags himself from its corridors and steps out into a London that has been left ragged and deserted. That eerie cold open is brilliantly slow and patient, contrasting the zombies who come sprinting Olympic-level fast when they finally show up. Danny Boyle’s bloody adrenaline hit opened alongside the first Resident Evil, reviving the zombie movie and whetting appetites for Shaun Of The Dead, Walking Dead and even Romero’s late-career return to the genre he made iconic. January 24 (with the Starz add-on)

Head In The Clouds*

The Assassination Of Jesse James*

My Life As A Zucchini*

Our Lady Of The Nile

Stories From The Chestnut Woods

The Friend She Met Online

Sorry For Your Loss

Bury My Heart At Wounded Knee+

The Fall Of The American Empire+

The Man Who Killed Don Quixote+

The Art Of Self Defense+

Mahalia Melts In The Rain+

A Swan Princess: A Royal Myztery

In A Valley Of Violence

In Their Own Words: A Bell Let’s Talk Day Special

The Ballad of Jack And Rose

Confessions Of A Dangerous Mind

The End Of Silence

The Fast And The Furious

I Love You, Beth Cooper

In The Night Garden (season 3)