What to watch on Netflix Canada in February 2019 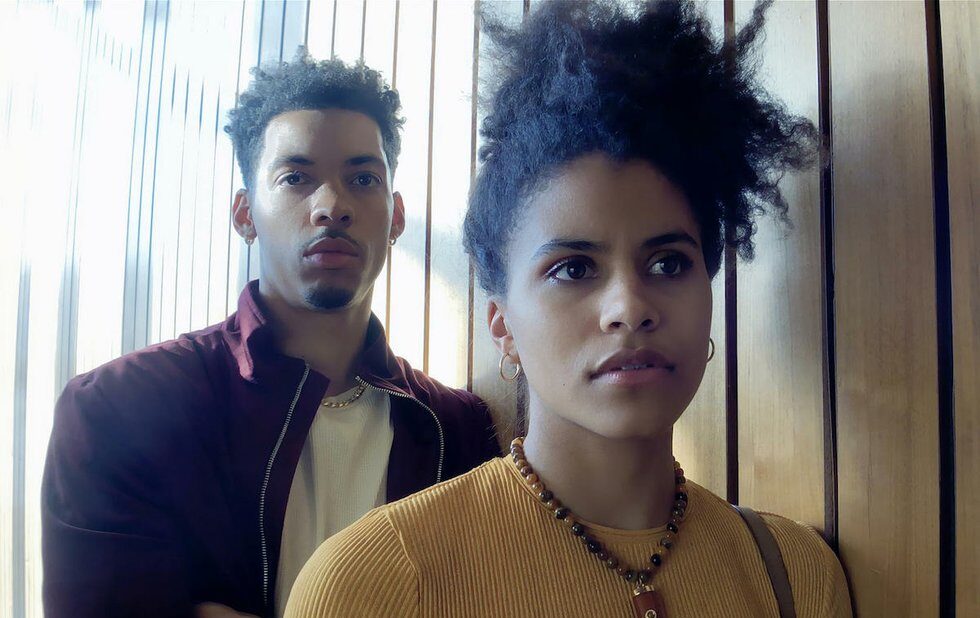 A year after releasing his claustrophobic iPhone project Unsane, Steven Soderbergh is back with a sports drama reuniting his Knick co-star André Holland with Moonlight co-writer Tarell Alvin McCraney. Holland plays an agent trying to leverage a basketball phenom (American Vandal’s Melvin Gregg) into ending an NBA lockout – or ending the NBA entirely. The cast also includes Zazie Beetz, Bill Duke, Kyle MacLachlan, Zachary Quinto and Sonja Sohn. And, yes, he shot this one on an iPhone, too. February 8

Natasha Lyonne gets a rare TV leading role in this dark comedy playing a character who might qualify as peak Natasha Lyonne: a chain-smoking, hard-partying, curmudgeonly New Yorker who winds up caught in a Groundhog Dayesque time warp on her 36th birthday. Every time she leaves her party, she dies and winds up transported back to the birthday. Co-created by Lyonne, Amy Poehler and Leslye Headland, the series has an all-female creative team and features Chloe Sevigny and Elizabeth Ashley in supporting roles. February 1

Judging from the hilarious and creepy trailer, the contemporary art scene makes a terrific setting for a horror mystery. Jake Gyllenhaal and Rene Russo reunite with their Nightcrawler director, Dan Gilroy, in this thriller about how paintings by an unknown artist come to life and attack their greedy owners. Toni Collette (no stranger to horror), Hamilton’s Daveed Diggs and John Malkovich round out the starry cast. After its Sundance premiere it’s playing select cities theatrically, but it should make for bloody fun winter viewing on Netflix. February 1

There’s a chance a lot of young people won’t recognize Romano. Everybody Loves Raymond ended in 2005 and since then, the New York actor and comedian has mostly leant his vocal talents to the Ice Age franchise. But in February, more than two decades after Romano’s last stand-up special, he makes his Netflix comedy debut, with a double set: one at Manhattan’s Comedy Cellar and the second at the Village Underground. He’s following in the footsteps of his peers, like Ellen DeGeneres, who returned to the stage for Netflix last December. Hopefully, everybody still loves Ray. February 5

Hart is no longer hosting the Oscars and might be in a lot of people’s bad books, but that isn’t stopping him (or Netflix) from releasing a one-hour comedy special. Timed with Black History Month, Kevin Hart’s Guide To Black History sees the actor and comedian explore lesser-known individuals from African-American history through “educational re-enactments.” Like everything online, people will either love it or hate. February 8

The comedy director best known for Curb Your Enthusiasm, Borat and Brüno and travels to Iraq, Saudi Arabia, Somalia, Nigeria and elsewhere to meet local comics and show how politically dangerous comedy can be. Of course, the U.S. doesn’t get off the hook: he also meets up with African-American and Native American comedians to explore how comedy “is essential to survival.” February 15

Ken Jeong: You Complete Me, Ho

If you missed Jeong in Crazy Rich Asians last summer, get your fill of the Asian-American comedian in his first Netflix stand-up special. Filmed at the Ice House Comedy Club in Pasadena, You Complete Me, Ho follows Jeong’s crazy career change from medical doctor to Hollywood star. The special was directed and executive produced by Jon M. Chu, so you should definitely be turning in. February 14

The latest episode of Netflix’s inventive music documentary series focuses on soul singer Sam Cooke, who recorded Wonderful World, Cupid, Twistin’ The Night Away and A Change Is Gonna Come, among others – and who, in December 1964, was shot dead at a Los Angeles motel. Director Kelly Duane (Better This World, The Return) unpacks the murky circumstances surrounding Cooke’s death with archival footage, new interviews and an all-too-credible conspiracy theory. February 8 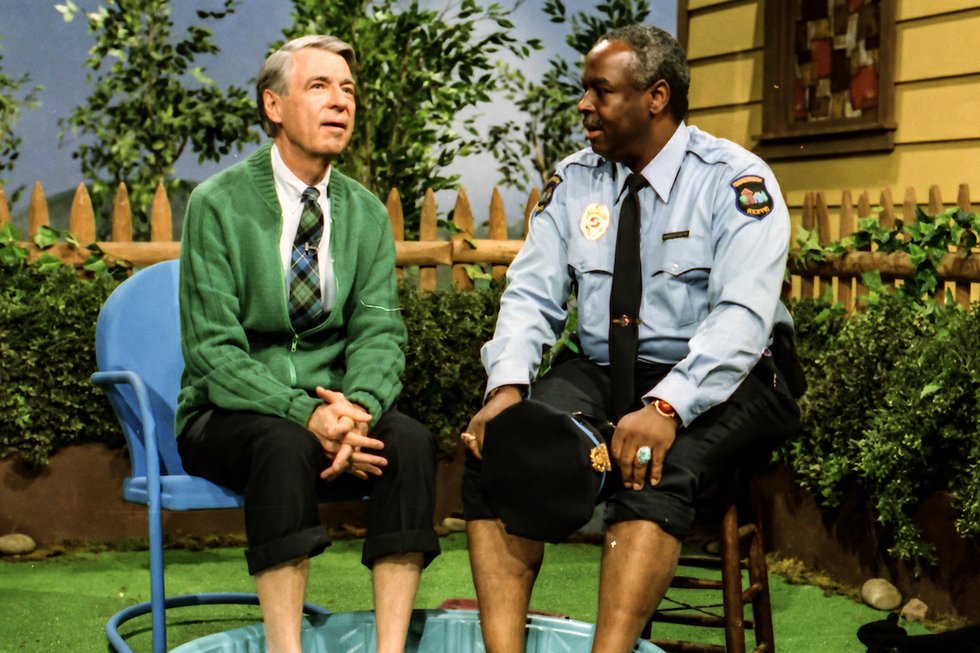 Morgan Neville’s documentary about children’s entertainer Fred Rogers was a box office hit last summer but didn’t manage to land an Oscar nomination. (Neville has already won, so better that the massive career boost that comes with an Oscar go to one of the equally worthy up-and-coming doc makers who landed nominations.) More than a biopic, the film specifically explores Rogers’s philosophies on raising children, specifically boys, to be vulnerable and emotionally open. It made for truly affecting TV and couldn’t be timelier. February 1.

Martin Scorsese’s Oscar-winning 2006 crime drama isn’t his best movie, but it features one of the best scenes of his career:  Leonardo DiCaprio (as an undercover cop) and Jack Nicholson (in full bonkers mode as an Irish-American mob boss) attempting to out-act each other in a cards-on-the-table confrontation. Macho histrionics aside, the scene is extra infamous because Nicholson, in an improvised moment, pulled a real gun on his younger co-star. (In another scene, Nicholson surprised Matt Damon with a dildo.) It plays like something out of All About Eve – aging diva fucking with younger star destined to take his spot. Too real. February 15

For far too long, Canadian Netflix subscribers have suffered through repeated viewings of Fantastic Beasts And Where To Find Them because that’s the only J.K. Rowling-related content available. Now, the long drought is shattered with the arrival of the back half of the Harry Potter series: Order Of The Phoenix, Half-Blood Prince and both parts of the Deathly Hallows. You know, the ones where Daniel Radcliffe and Emma Watson emerge as damn fine actors able to hold their own against a gallery of the UK’s finest performers – and the ones that finally figure out how to marry child-friendly wizard wonderment with the darker, more menacing aspects of Rowling’s master narrative. February 1

Wanna watch one of the greatest American movies ever made on your phone? Well, now you can, if you’re a monster. Thanks to Netflix’s catalogue deal with Universal, a handful of Steven Spielberg classics, including this 1975 masterwork, arrives on the service this month, along with the non-Spielberg, non-masterwork sequels Jaws 2, Jaws 3D (not in 3D) and Jaws: The Revenge. Feel free to watch those on your phone whenever you want. Save the original for a tablet at least. February 6

In 1994, Spielberg won his first Oscar for his epic, exhaustive and wrenching look back at Second World War profiteer Oskar Schindler (Liam Neeson) and those he managed to save from Nazi concentration camps. Shown in schools and casting a shadow over every other film tackling the subject thereafter, Schindler’s List remains the most widely recognizable Holocaust pictures, and not undeservedly. Never mind Spielberg’s attention to detail and artistry. Itzhak Perlman’s violin theme still works the tear ducts. February 1

The bottom line is no family film today can match the magic touch Spielberg gave his cuddly alien movie from 1982. Skip the sub-par kids fare currently in theatres and let the little ones delight in E.T. dressing in drag, gorging on Reese’s Pieces and riding a bike across the moonlight. February 1

At the time it was released in 1985, Back To The Future was a cutting-edge modern movie taking a nostalgic tour through 50s small-town America. Watching it today lends an extra dimension: we’re enjoying 50s nostalgia refracted through our own 80s nostalgia. That’s value-added experience to an already spectacularly entertaining (and timeless) classic. Both sequels are also available on Netflix this month. February 1

Full list of new titles available in February, by date:

Romance Is A Bonus Book (streaming every Saturday)

Ken Jeong: You Complete Me, Ho

Shadowhunters: The Mortal Instruments (season 3B)

Back To The Future Part II

Back To The Future Part III

Harry Potter And The Order Of The Phoenix

The Road To El Dorado

Dumb And Dumber To

Fear And Loathing In Las Vegas

The Photographer Of Mauthausen