What to watch on Netflix Canada in June 2019

NOW critics pick the best movies and TV shows coming to the streaming service, including Tales Of The City, Black Mirror and new projects by Martin Scorsese and Deepa Mehta 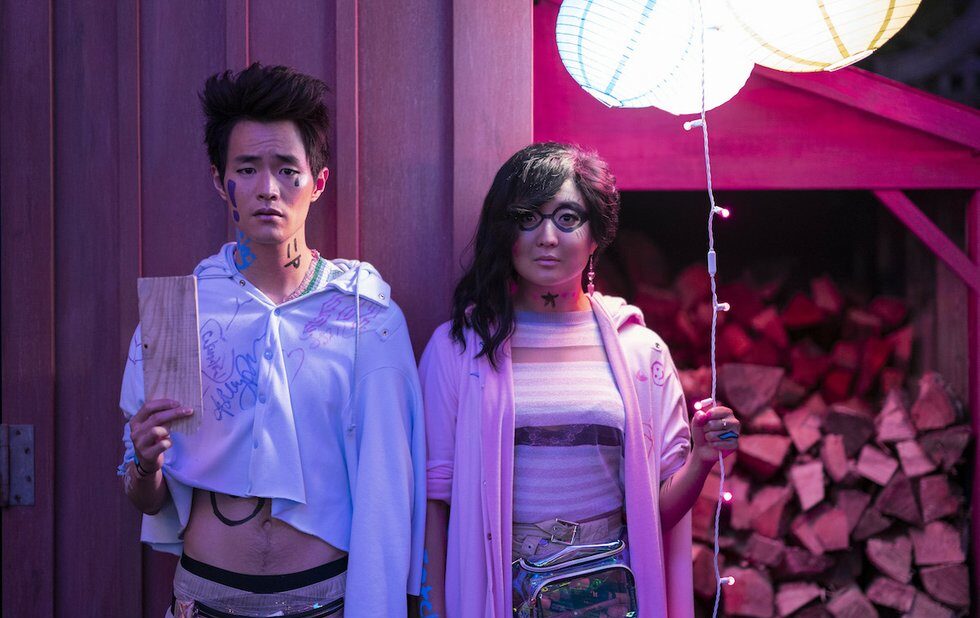 Just in time for Pride month, we get this revival of the San Francisco-set miniseries that made Armistead Maupin’s name, dealt with trans issues way before anything else did and launched Laura Linney’s career. Linney is back as Mary Ann Singleton, as is Olympia Dukakis, with Canada’s own Ellen Page playing Mary Ann’s daughter. (Toronto’s Paul Gross also returns as Brian Hawkins, after being replaced by someone else in the original miniseries sequel.) The rest of the cast includes Zosia Mamet, Victor Garber and Molly Ringwald. June 8

Almost a decade and a half after his epic documentary No Direction Home, Martin Scorsese reexamines the life and music of Bob Dylan from a different angle. Billed as “an alchemic mix of fact and fantasy” about the singer’s 1975 Rolling Thunder Revue tour, it looks to be a consideration of Dylan’s place in post-Watergate America, accompanied by the likes of Allen Ginsberg, Patti Smith, Joan Baez, Roger McGuinn and Sam Shepard. And Scorsese being Scorsese, he won’t just play the hits. June 12

People within the Hindu community were calling for boycotts after they saw the trailer for Deepa Mehta’s new show. The Canadian filmmaker exec-produces and co-directs this Handmaid’s Tale-like dystopian series. Adapted from Prayaag Akbar’s novel, the show follows a woman searching for her lost daughter in a totalitarian Hindu society. The offended are calling it “hinduphobia.” Mehta has endured far more intense controversies: Hindu fundamentalists burned down her set for Water after taking issue with its critical look at oppression disguised as religion. The 2005 film turned out to be her masterpiece. So things are looking up for Leila. June 14

After the surprise release of the interactive Bandersnatch last Christmas, Charlie Brooker’s dystopian horror series returns to form (or does it?) with a fifth season consisting of just three episodes. Each episode runs around an hour each and features Avengers: Endgame’s Anthony Mackie and Pom Klementieff Sleepy Hollow’s Nicole Beharie Aquaman’s Yahya Abdul-Mateen Fleabag’s Andrew Scott Snowfall’s Damson Idris and Topher Grace Miley Cyrus and Every Day’s Angourie Rice. How will technology bite these particular humans in the ass? Click and see. It’s not like you have a choice. June 5

After a second season that pitted Krysten Ritter’s super-powered PI against her own rage-monster mother (Janet McTeer) – and ended with Jessica estranged from best pal Patsy Walker (Rachael Taylor) – the last Marvel Netflix show standing returns for one last season, about which we still know almost nothing. Ritter and Taylor are back, along with supporting players Eka Darville and Carrie-Anne Moss, and Ritter directed at least one episode. Otherwise, we’re in the dark… but that’s okay, we’re pretty sure Jessica has our backs. June 14

Director Grant Sputore’s Alien-esque debut feature about a robot named Mother (voiced by Rose Byrne) who raises a human daughter (Clara Rugaard) premiered at the Sundance Film Festival earlier this year to mixed reviews. Living underground, life is serene for mother and daughter until things take an insidious (and perhaps philosophical) turn when Hilary Swank shows up and disproves everything the robot said about earth being barren and uninhabitable. June 7 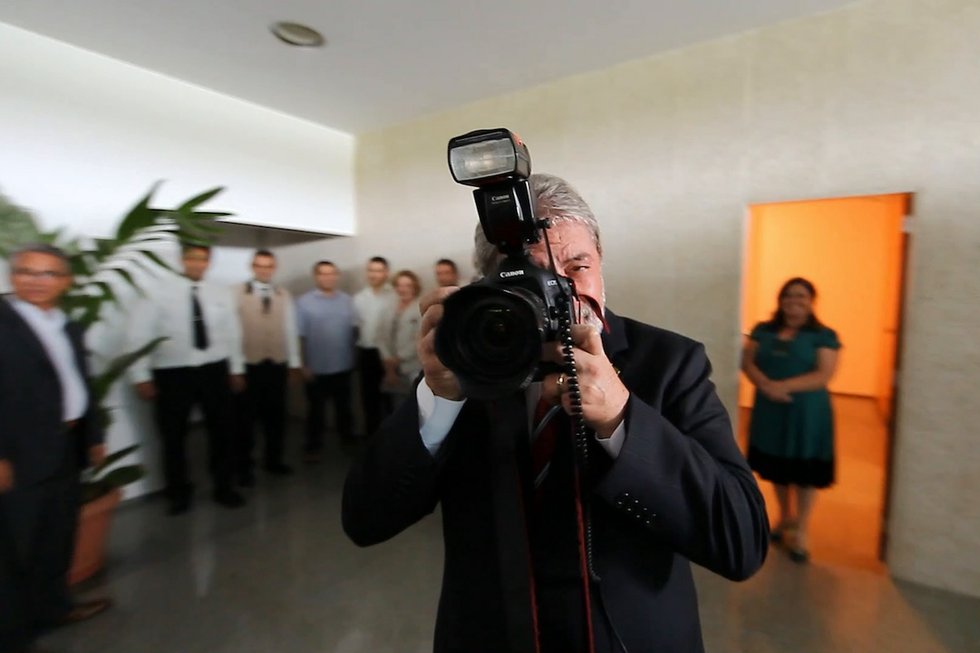 Petra Costa charts the rise and fall of Brazilian presidents Dilma Rousseff and Lula da Silva in Edge Of Democracy.

The Edge Of Democracy

Petra Costa’s fly-on-the-wall documentary looks at the undermining of democracy in Brazil by a right-wing cabal of politicians, industrialists and military power brokers, who orchestrated quasi-legal attacks on the last two presidents to nudge a more cooperative populist into power. If you missed it at Hot Docs, it’s well worth a look now. Costa follows Luiz Inácio Lula da Silva, elected as a reformer in 2002, and his prodigy, Dilma Rousseff, who took his place in 2010, as they weather wave after wave of accounting scandals and corruption charges that conveniently undermine their attempts to make life better for anyone who isn’t already a member of the ruling class. Any parallels to recent elections closer to home are, of course, entirely coincidental. June 19

The Palme d’Or winning Shoplifters has a tenderness and emotional force we haven’t seen from Hirokazu Kore-eda since his 2004 tearjerker Nobody Knows. The Japanese dramatist’s gentle guiding hand sheds a humane light on a bottom-scraping makeshift family with sticky fingers. They take in a neglected child – you decide whether its rescuing or kidnapping. Details about their generous and affectionate relationships with each other are revealed slowly as the film edges toward a dark place, complicating our feelings without betraying them. June 1

Although Gustav Möller’s single-location thriller about a Danish cop working in an emergency call centre was on the Oscar foreign-language-film long list, it didn’t make the final cut. Which is a shame, because Jakob Cedergren is excellent as the grizzled cop trying to deal with a big crisis while also worried about an inquiry into some unsavoury thing he did on the force. This should work beautifully on small screens, even your handheld device. June 4

Edgar Wright’s syncopated heist thriller – its rhythms synchronized to the beats of the songs streaming through the earbuds of Ansel Elgort’s hyper-focused hero – just gets better and better with repeat viewings, as its furious chases scenes and delicate puppy-love romance mesh into a dazzling impressionistic haze, with Elgort surrounded by a host of gifted character actors, including Jon Hamm, Jon Bernthal, Jamie Foxx, Eiza González and Lily James. (Kevin Spacey is also around, which is unfortunate but the pleasures of the film are so much greater than the distraction of his presence.) Play it loud – or at least listen to it through a decent pair of headphones. June 11

Do The Right Thing

When Spike Lee sat at this year’s Oscar ceremony watching Green Book (aka Driving Miss Daisy in reverse) win best picture, memories from the 1990 Academy Awards came rushing back. That was when the regressive politics fuelling Driving Miss Daisy won Best Picture, while Spike Lee’s masterpiece Do The Right Thing wasn’t even nominated. We bring this up every year in listicles about the Oscars’ biggest gaffes. Lee’s dazzling, comic and angry eruption of a movie about racial tensions boiling over in Bed-Stuy is celebrating its 30th anniversary this year. His masterpiece remains as potent as ever. June 5

Mad Max maverick George Miller was having nightly phone conversations with Stanley Kubrick while he was producing a kid’s movie about a talking pig. The results are glorious. The adorable, nasal-voiced Babe wants to be a sheep dog, a personal aspiration that also saves him from becoming dinner on a quaint Australian farm. The movie isn’t afraid to get dark, bad things can happen to animals on a farm. But it’s also consistently joyful, comical and imaginative, putting every other talking-animal movie to shame. Miller went on to direct the sequel. That one is a bit more traumatizing. June 5

A decade and a half after its release, this swooning romantic tragedy looks like Michel Gondry’s masterpiece, with a career-best performance from Jim Carrey as a heartbroken man who tries to wipe the love of his life (Kate Winslet, who’s also magnificent) from his memory, only to resist the procedure and re-experience their relationship in fractured Technicolor. Charlie Kaufman’s screenplay is an opera of pure emotion Gondry found a visual aesthetic that guides us through every single shift and pivot, leading us to a transcendent resolution. Seriously, if anyone’s making a list of the best movies of the 21st century, this one goes on it. June 9

Francis Ford Coppola’s Vietnam-set adaptation of Joseph Conrad’s Heart Of Darkness marks its 40th anniversary this year, with all of its hallucinatory power distressingly intact. The decades have only clarified its rhyming themes of cynicism and fanaticism, horror and despair. Coppola premiered a new three-hour “final cut” at the Tribeca Film Festival earlier this spring, but Netflix looks to be carrying the original 1979 edition, which is the leanest and best iteration of the movie, with fewer stops on Martin Sheen’s river journey and Marlon Brando’s mad Colonel Kurtz arriving at exactly the right moment. Please don’t watch this movie on your phone. June 1

Vertigo was named the greatest film of all time by the Sight & Sound poll, toppling Citizen Kane’s half-century reign in 2012. You don’t have to agree, but it’s hard to argue against Alfred Hitchcock’s sensuous and hypnotic thriller about a private eye’s obsession with another man’s haunted wife and the woozy nightmares and double-crosses that come between them. Immensely addictive and entertaining, Vertigo is also a film school staple alongside Psycho (also on Netflix) and Rear Window –all three mulled over and analyzed for Hitchcock’s self-aware obsession with voyeurism. June 5

Jurassic Park is a tonic to today’s franchise fare. Steven Spielberg’s original dinosaur romp is the last great blockbuster, a dazzling mix of terror and wide-eyed wonder constructed with a prophetic and satirical awareness that it was meant to sell both tickets and merchandise, evidently for decades. Today’s tentpoles wouldn’t dare have Jurassic Park’s patience with world-building and character introductions (Jeff Goldblum’s mathematician is the scene stealer) while slowly building up to those unforgettably intense scenes where a T. Rex’s approach is foreshadowed by a glass of water or a raptor stalks its prey through a stainless steel kitchen. June 1

List of new titles available in June by date:

Queen Of The South (season 3)

The End Of Evangelion

Mike Epps: Only One Mike

Anohana: The Flower We Saw That Day

Life In The Doghouse

The Boy Next Door

Do The Right Thing

The Edge Of Seventeen

The Edge Of Democracy