What to watch on Netflix Canada in May 2018 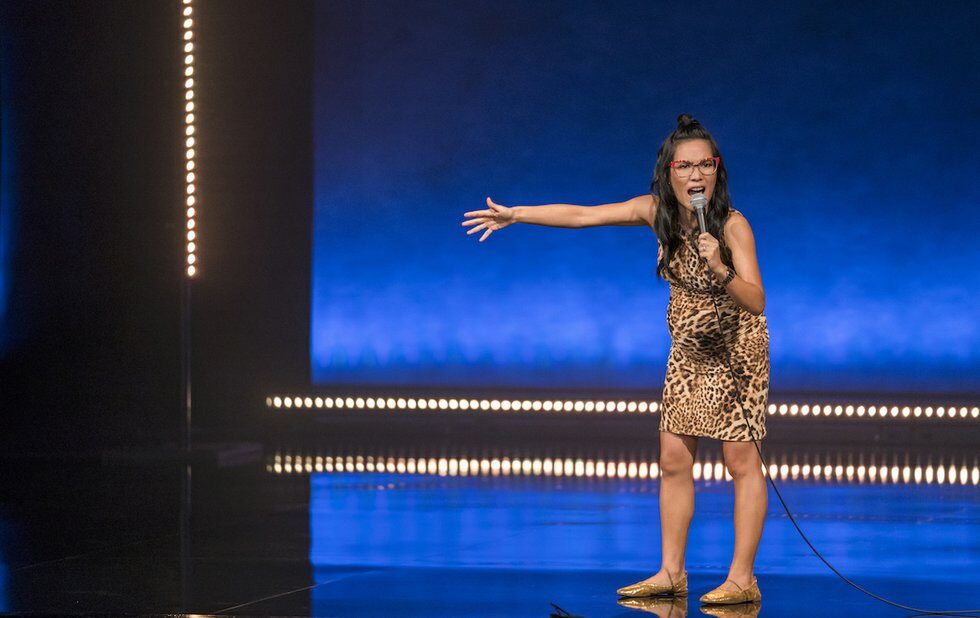 The follow-up to comic Ali Wong’s 2016 hit Baby Cobra was taped over two nights in Toronto last September, so there’s a chance you’ll recognize the interiors of the Winter Garden or spot a friend in the audience. Pregnant with her second child, Wong revisits her popular (and quotable) material on womanhood, marriage, sex and careers. While her jokes are raunchy, Wong still manages to cleverly subvert feminist ideals and Asian stereotypes. Her views on childbirth and the first year of motherhood might make you cringe, but at least it gives you a reason to watch Hard Knock Wife with the one who birthed you when it drops on Mother’s Day. May 13

Racial tensions are still raging on the campus of Winchester University in the second season of showrunner Justin Simien’s satirical series. The first round polarized NOW critics, and it looks like the environment around radio host Sam White (Logan Browning) is only growing more divisive. Her ex Gabe (John Patrick Amedori) is making a documentary called Am I Racist?, she’s being harassed by a racist troll and the bon mots are coming fast and furious. May 4

Tig Notaro: Happy To Be Here

The cancellation of her Amazon show One Mississippi should give the famously deadpan comic Notaro plenty of material for her latest stand-up special: as we learned from the documentary Tig, adversity only makes her funnier. But not that much adversity she’s still cancer-free and raising twins with her wife Stephanie Allyne, which should also make for some interesting stories. May 22

Netflix faced a huge backlash when it announced Laura Brownson’s documentary about Rachel Dolezal – the white woman who famously pretends to be Black and identifies as “transracial” – would be premiering at the end of April. A lot of ink has been spilled debating, dissecting and mocking Dolezal so what could this film possibly add to the conversations about race and privilege people are so sick of having? Execs have defended the film as a thoughtful deep-dive into Dolezal’s life and childhood as well as race in America. The doc premiered at the Tribeca Film Festival and, predictably, critics are divided. April 27

The producers behind sleeper hit series Wild Wild Country have another wild show hitting Netflix in May. The four-part Evil Genius recounts a chilling true-crime incident known as the “pizza collar bomb heist.” In 2003, middle-aged Pennsylvania pizza delivery driver Brian Wells died after an explosive device he said had been attached to his neck as part of a bank robbery plot detonated. It would take five years, and many twists and turns, before authorities solved the case. In other words, it’s the stuff Netflix documentary series are made of. May 11

Netflix hasn’t knocked a sci-fi film or TV series out of the park despite pumping big budgets and marketing into movies such as Bright, Mute, Altered Carbon and Lost In Space. Critics might be scornful, but apparently audiences are tuning in because here comes this Andrew Niccol-directed sci-fi thriller starring Amanda Seyfried, Clive Owen and Colm Feore. The film takes place in a future where privacy no longer exists (or is that the present?) and a detective (Owen) who has his eyeballs hacked turns to a mysterious woman (Seyfried) for help. May 4

Now that Kondabolu’s documentary The Problem With Apu helped prod Simpsons actor Hank Azaria to confess he’d be happy to step aside from voicing the South Asian character, the timing couldn’t be better for a new Kondabolu stand-up special. Last year’s JFL42 audiences got a taste of the show, which combines the personal and the political, and includes a great anecdote about being heckled by Tracy Morgan. May 8

Baby-faced stand-up Mulaney is having a moment, riding his absurdist George St. Geegland character from Oh, Hello to Broadway, voicing the anxious Andrew in the animated comedy Big Mouth (both of which were collaborations with his pal Nick Kroll) and hosting a great episode of Saturday Night Live a few weeks ago. And somewhere in there he found the time to do the Kid Gorgeous stand-up tour, captured for our pleasure in his latest Netflix special of “stories, observations [and] random grievances.” What more could anyone ask for? May 1

Steve Martin & Martin Short: An Evening You Will Forget For The Rest Of Your Life

Comedy legends and good friends Steve Martin and Martin Short have been doing the live show circuit for a few years now (they played Casino Rama in 2016). The Three Amigos co-stars tell showbiz and personal stories, do comedy bits and play music – banjo player Martin’s band the Steep Canyon Rangers are featured. They don’t get huge roles in films these days, so it’s good to see that age hasn’t affected their ability to entertain. May 25

The Fog, The Mist and now… The Rain. The latest precipitation-related horror comes from Denmark and stars Alba August and Lucas Lynggaard Tønnesen as siblings who have been living in a bunker for six years in order to evade virus-infected downpours. The teens emerge and join a group of survivors searching the dystopian Scandinavian landscape for answers. May 4 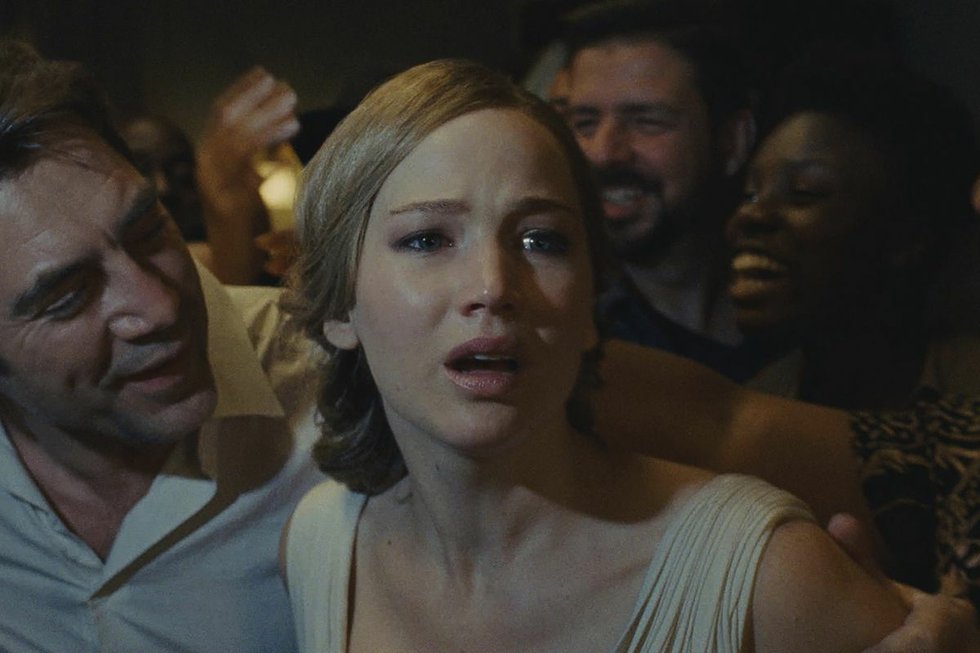 If you missed Darren Aronofsky’s dizzying, deviously clever allegory at TIFF and in theatres, well, you’re not alone. Plenty of people were scared off by the ambiguous marketing, which did a great job of hiding the film’s ambitious conceit, but made it look like a horror movie, which is not really a fair sell. All you need to know is that mother! is Aronofsky’s most ambitious mode since The Fountain, with Jennifer Lawrence trying to keep her house in order as Javier Bardem keeps welcoming more and more chaos into it. Turn off your phone, dim the lights and give it your full attention. May 28

Disney•Pixar’s gorgeous, weird comedy follows a young singer (voiced by Anthony Gonzalez) into the underworld to seek the blessing of Mexico’s greatest entertainer and slowly evolves into a delightfully odd quest narrative, featuring a surprisingly moving performance from Gael García Bernal as a hapless spirit named Héctor and a couple of really sharp Frida Kahlo jokes. It’s so enthralling that you won’t even notice the emotional currents building steadily and powerfully underneath until it wallops you with them. Have some Kleenex handy. May 29

If you can get over the plot point about Jennifer Aniston’s character being single and cash-strapped, this funny ensemble comedy by Nicole Holofcener makes great viewing, especially now that there’s awareness about the need for female-driven films. Made in 2006, it stars Aniston as a maid surrounded by well-off friends, including characters played by Joan Cusack, Catherine Keener and Frances McDormand. All of them are superb, especially McDormand as a woman frustrated with getting older and her sexually ambiguous husband. May 1

Full list of new titles available in May, by date:

The World’s Most Extraordinary Homes (season one)

A Little Help With Carol Burnett

My Next Guest Needs No Introduction With David Letterman: Tina Fey

The Rain (season one)

The Who Was? Show (season one)

Crimes Against Nature (season one)

How Big Can It Get (season one)

Inside Cocaine Wars (season one)

The Toys That Made Us (season two)

My Next Guest Needs No Introduction With David Letterman: Howard Stern

Did You Hear About The Morgans?

Food On The Go

The Other Boleyn Girl

Forgive Us Our Debts

Hello, My Name Is Doris

A Cinderella Story: If The Shoe Fits

The Legend Of Tarzan

Tig Notaro Happy To Be Here

Steve Martin And Martin Short: An Evening You Will Forget For The Rest Of Your Life

The Break With Michelle Wolf (weekly episodes from May 27)

In The Heart Of The Sea

The Fresh Prince Of Bel-Air (seasons one to six)