What to watch on Netflix Canada in October 2018 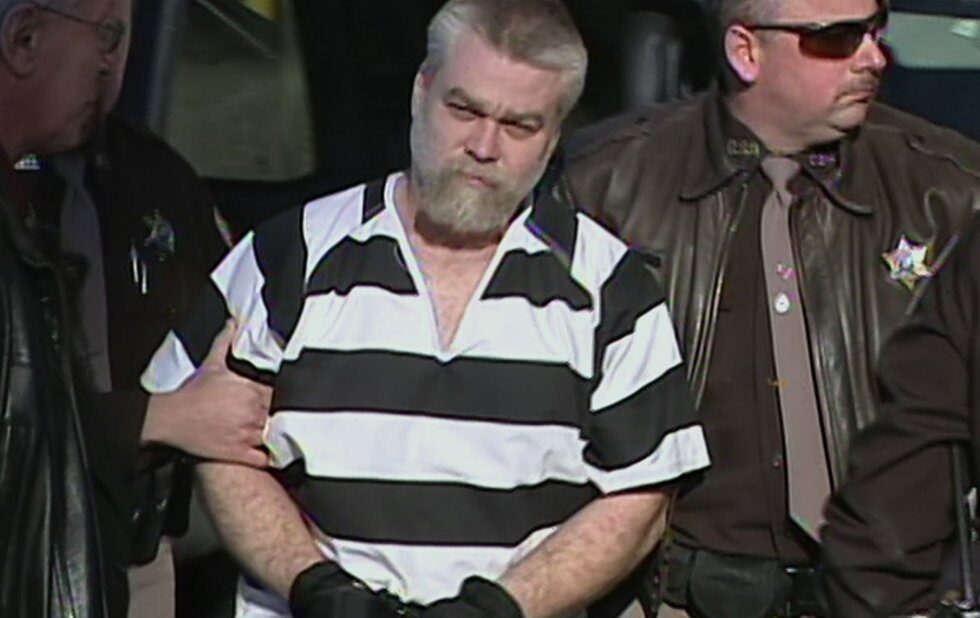 The saga of Steven Avery continues in Making A Murderer: Part 2.

Three years after Making A Murderer became a binge-watching watercooler phenomenon, the true crime documentary series returns for 10 more episodes chronicling the lives of Wisconsin man Steven Avery and his nephew Brendan Dassey, who were convicted of murdering photographer Teresa Halbach in 2005. The sequel introduces viewers to Avery’s lawyer, well-regarded civil rights attorney Kathleen Zellner, who has been fighting to get Avery a new trial. According to a press release, Zellner “uncovers unexpected evidence about what may have happened to Teresa Halbach and about how and why the jury convicted Steven of her murder.” October 19

The Haunting Of Hill House

Shirley Jackson’s iconic 1959 horror novel has been adapted for the big screen twice as The Haunting, once in the 1963 classic adaptation starring Claire Bloom and Julie Harris, and then in the less effective 1999 version starring Catherine Zeta-Jones and Liam Neeson. Advance word on this 10-part Netflix original is that this could surpass even the first version in spookiness. Expect lots of flashbacks to give depth and richness to the main characters, siblings who grew up in the Gothic Hill House. Carla Gugino reunites with her Gerald’s Game director Mike Flanagan as the kids’ controlling mom (seen only in flashbacks). After binge-watching this you’ll be ready for Netflix’s October 20 release of some classic horror flicks, including Halloween, Sinister and a bunch of the Scream and Scary Movie movies. October 12

Tamara Jenkins directs a movie once every decade or so – Slums Of Beverly Hills in 1998, The Savages in 2007 – so we’ve learned to pay attention. Her new feature, a Netflix original, stars Kathryn Hahn and Paul Giamatti as a middle-aged couple trying to conceive through IVF. If it’s anything like her previous work, it’ll be sad, funny and honest all at once. This is a good thing. October 5

Gareth Evans, director of the hyperkinetic Raid movies, is back after a four-year absence with a new feature starring Dan Stevens as a man determined to rescue his sister from a cult. This will almost certainly require a great deal of violence, because that’s what Evans does – and Stevens demonstrated a flair for hand-to-hand combat in The Guest. Reviews out of Fantastic Fest were strong, and the presence of Michael Sheen and Sing Street breakout Lucy Boynton just makes the package even more appealing. October 12

Relive the awkwardness of pubescence in all its gross, cringe-y glory with the second season of animated show Big Mouth. Best friends Andrew (John Mulaney) and Nick (co-creator Nick Kroll) are back navigating the micro-dramas of early teen years, i.e., a newfound obsession with boobs, dealing with pubic hair, grade school crushes and embarrassing parents. Like the first season, the second season tackles more serious issues, like bullying, slut-shaming and divorce, but in its own charmingly crude way. October 5

Daily Show correspondent Minhaj’s Homecoming King – both in its live version, seen at JFL42, and on Netflix – is one of the best immigrant-coming-of-age shows around. And Minhaj’s latest tour, Before The Storm, is coming to the Sony Centre on October 7. So expectations are high for his new weekly series that promises to look at politics and culture with intelligence and irreverence. Every Sunday starting October 28

RuPaul’s Drag Race meets Dance Moms in this reality show about Texas dance studio owner Justin Johnson, aka tongue-popping Drag Race contestant Alyssa Edwards. (Yes, she did it before Hereditary.) As Alyssa, Johnson is one of the biggest drag queens to breakout from Drag Race (her stand-up tour recently stopped in Toronto). Though the competition series has intensified the lighting, makeup and other production values lately, the trailer for Dancing Queen suggests this will be a back-to-basics verité turn for Alyssa. October 5

Sabrina The Teenage Witch gets a Riverdale-esque reboot treatment in this dark, daring and sexy look at Sabrina Spellman (Mad Men’s Kiernan Shipka). As her 16th birthday nears, Sabrina must reconcile the witch world of her family and the mortal world of her friends. It’s the perfect prelude to Halloween. October 26

One of Japan’s biggest reality shows got picked up by Netflix last year. Opening New Doors follows six strangers living together in a luxury house in Karuizawa, a sleepy resort town in Nagano. It’s a good thing all of the house’s occupants are young and good-looking because they’re encouraged to find romance with each other. Needless to say, hearts are broken and backs are stabbed. The drama continues. October 9

The third season of Riverdale promises more of the same moody theatrics the series has become known for: sexy teens fighting off psycho murderers, a cult situated on an idyllic farm, gang wars and new Serpent tattoos, bad examples of parenting – basically, everything that makes this teen drama so damn fun to watch. Sure, it’s not exactly prestige TV, but it’s a guilty pleasure watching Archie, Veronica, Betty and Jughead every week as they try to survive high school and living in a small town with a ridiculously high murder rate. October 11 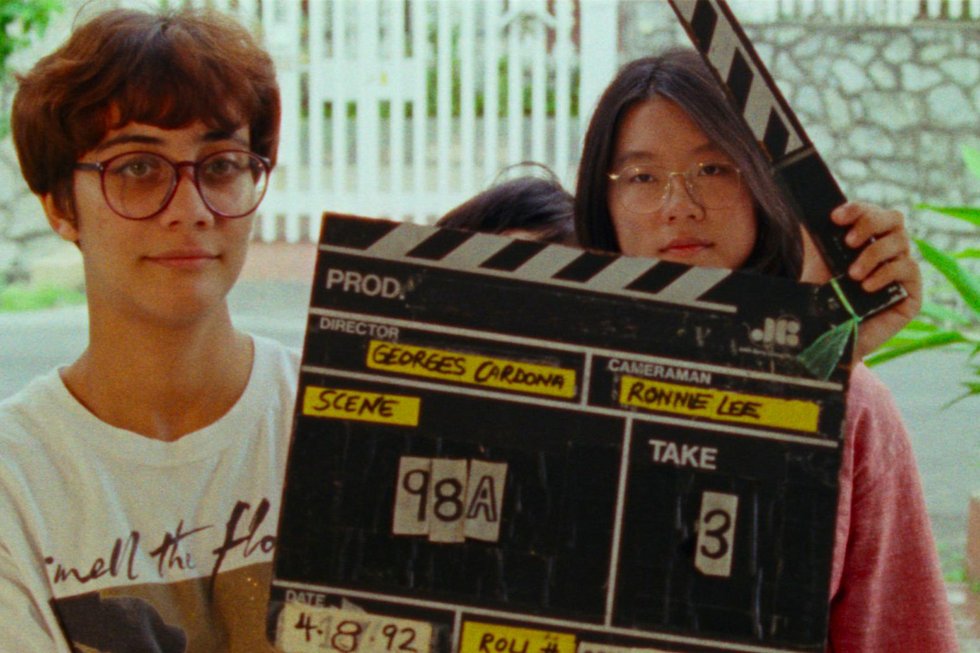 Sandi Tan’s captivating Shirkers was a highlight of this year’s Hot Docs festival.

A highlight of this year’s Hot Docs festival, Sandi Tan’s wildly inventive documentary about a lost classic of Singaporean cinema is part memoir, part mystery. A director, film critic and novelist, Tan and her friends were obsessed with punk culture, zines and 80s indie films as teens growing up in the stodgy Southeast Asian city-state. She and a group of friends shot a road movie (the joke is it takes an hour to drive from one end of Singapore to the other) with help from an American teacher – only to see their dreams dashed when he vanished and took the unfinished film with him. Years later, Tan uncovered the striking footage, now a time capsule for pre-gentrification Singapore and a friendship that has splintered around the globe. One of the year’s best movies. October 26

Maggie Gyllenhaal stars as Lisa, a kindergarten teacher, wannabe poet and suburban mom in this Netflix Original adaptation of Nadav Lapid’s 2014 Israeli drama. When she discovers that one of her students could be a literary prodigy, she takes it upon herself to cultivate young Jimmy’s poetic talent. But her mentorship soon crosses the line into obsession. The film hits Netflix a month after screening at the Toronto International Film Festival. October 12

Zack Snyder’s 2004 remake of the zombie classic swaps out George A. Romero’s shuffling hordes for a sprinting, howling mob of ravenous flesh-eaters. But the premise is otherwise the same, with a handful of traumatized survivors (among them Sarah Polley, Jake Weber, Ving Rhames, Mekhi Phifer and a pre-Modern Family Ty Burrell) sheltering in a massive shopping mall. The nihilistic tendencies that would undermine Snyder’s superhero movies are perfectly suited to this material, and the cast is one of the strongest ever assembled for a horror movie. A decade and a half later, this one still has a bite. October 3

Spanish filmmakers Jaume Balagueró and Paco Plaza perfected found-footage horror – and launched a franchise – with this ingenious horror movie, in which a TV journalist (Manuela Velasco) and her firefighter pals answer a call at a Barcelona apartment building… and find themselves trapped inside with the victims of a fast-spreading rage virus. It’s lean, it’s mean and it’s utterly unrelenting. Watch it in the dark. October 20

Full list of new titles available in October, by date:

The Rise Of Phoenixes (streaming every Friday)

The Boss Baby: Back In Business (season 2)

The Curious Creations Of Christine McConnell

The Haunting Of Hill House

A Taiwanese Tale Of Two Cities (streaming every Sunday)

The Seven Deadly Sins: Revival Of The Commandments

Ron White: If You Quit Listening, I’ll Shut Up

See No Evil, Hear No Evil

Alvin And The Chipmunks Meet Frankenstein

Errementari: The Blacksmith And The Devil

Feminists: What Were They Thinking?

ReMastered: Who Shot The Sheriff

The Night Comes For Us

The Cabin In The Woods

The Secret Life Of Pets

Keeping Up With The Joneses

X-Men: Days Of Future Past