NOW MagazineMovies & TVNews & FeaturesWhat to watch on Crave in June 2019 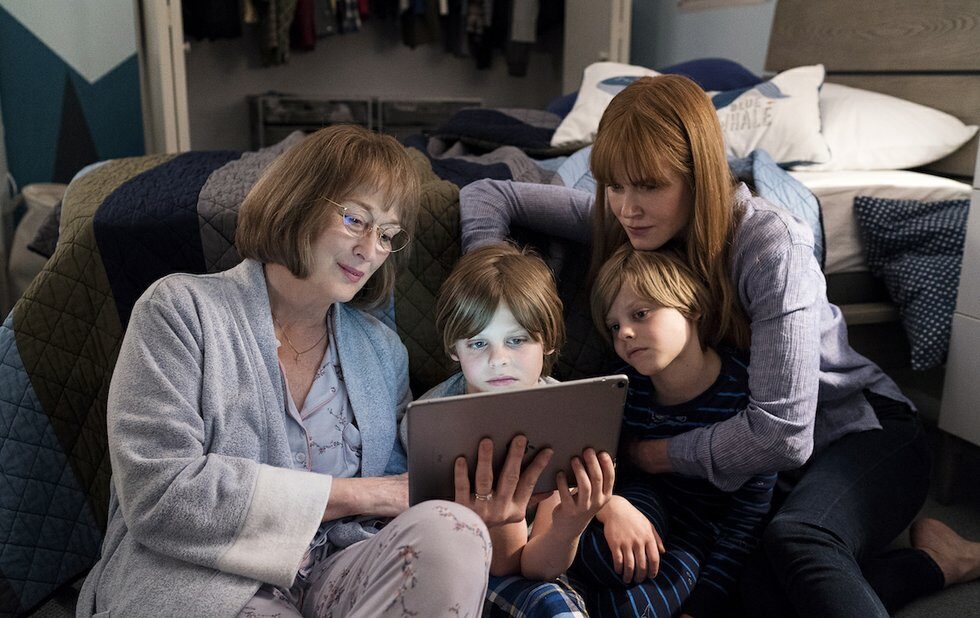 The first season was brilliant. Adapting Liane Moriarty’s novel, Big Little Lies used a murder-mystery-whodunit framework as a hook that tugged us through the testy social dynamic between the baddest housewives in Monterey. Reese Witherspoon, Nicole Kidman, Shailene Woodley, Laura Dern and Zoë Kravitz all return. This time they have to deal with Meryl Streep as the murder victim’s suspicious mother, looking like the big bad wolf as she sniffs around for who offed her son. Director Andrea Arnold is a compelling choice as the replacement for Jean-Marc Vallee. In films like Fish Tank and American Honey, Arnold ruthlessly drags characters through concrete-hard scenarios. We’ll have to wait and see what she has in store for the BLL queens. June 9

Hollywood loves making things in twos, so here comes the first of two projects about Roger Ailes. Russell Crowe stars as the late Fox News propaganda baron who was ousted after former anchor Gretchen Carlson sued him, claiming he fired her for rejecting his sexual advances. Based on Gabriel Sherman’s book The Loudest Voice In The Room, this limited series covers the final decade of Ailes’s life and features Naomi Watts (as Carlson), Sienna Miller, Seth McFarlane and Josh Charles. If you can’t get enough Fox News, the feature film covering the same territory – Fair And Balanced starring Charlize Theron, Nicole Kidman, Margot Robbie and Kate McKinnon – is getting an awards season release at the end of December.  June 30

Drake is making his TV-producing debut – in partnership with A24 – on this HBO teen drama starring Zendaya and a cast of hotly tipped newcomers. Teen programming has taken off on Netflix, so it makes sense HBO is entering the ring with the gritty-looking Euphoria, which is based on an Israeli series that aired a few years ago. Zendaya stars as Rue, “a lying, drug-addicted 17-year-old girl,” according the show’s description, which is basically just a string of search engine key words: “the story of drugs, sex, identity, trauma, social media, love and friendship.” Maude Apatow and Sydney Sweeney (The Handmaid’s Tale) are also in the cast. June 16

One of our favourite shows from 2018, the BBC thriller Killing Eve returned for a second season this spring – and it’s hitting Crave in its entirety after wrapping up a run on Bravo. Assassin Villanelle (Jodie Comer) and MI5 spy Eve (Sandra Oh) are still obsessed with one another after last season’s stabby finale. We pick up right where they left off, though behind the scenes there have been some changes. Fleabag creator and future Bond scribe Phoebe Waller-Bridge, who developed the show and headed up writing duties on season one, has receded to an exec producer role with Emerald Fennell (Call The Midwife) taking writing lead this time around. June 7

After the first season’s road trip through America and the second season’s white-collar nightmare in New York City, season 3 of Jason Jones and Samantha Bee’s domestic comedy dumps the Parkers – well-meaning idiot dad Nate (Jones), survivor-mode mom Robin (Natalie Zea), exasperated daughter Delilah (Ashley Gerasimovich) and boneheaded son Jareb (Liam Carroll) – into hiding in Alaska, where they try to lead normal lives but are still pursued by the overzealous U.S. Postal Service inspector (Laura Benanti) who’s been chasing them all along. But there’s something else going on underneath the farce – as Jones discussed in a NOW Q&A last year, The Detour is also intent on exploring the intersection of corruption and personal responsibility in today’s America. With jokes. And vomit gags. Season 4 debuts on TBS later in the month, so here’s your chance to get all caught up on the chaos. June 7 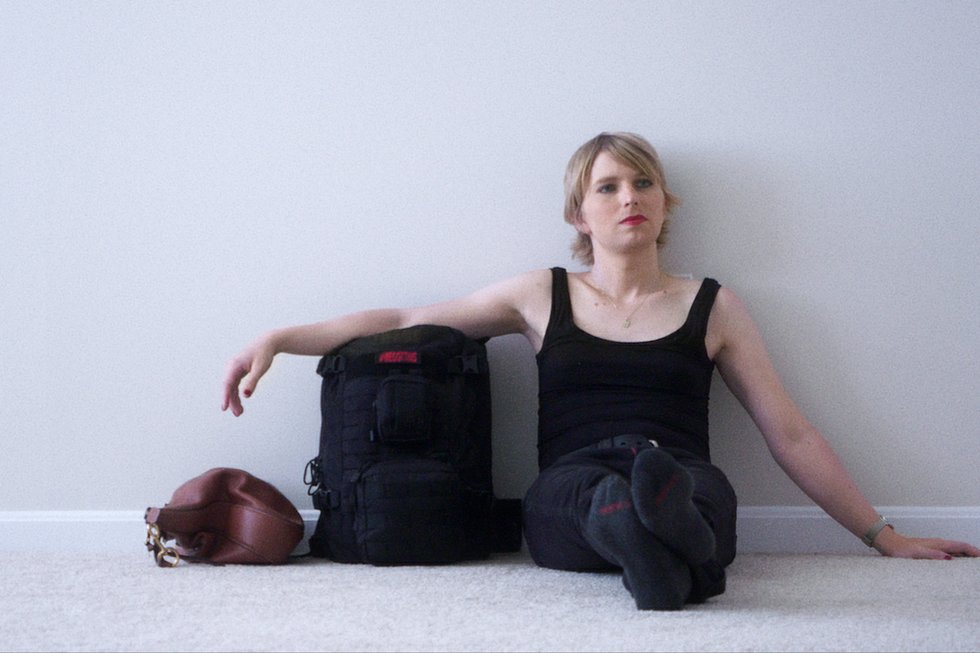 U.S. military whistleblower Chelsea Manning is back behind bars for refusing to testify – on principled grounds – in a grand jury investigation into WikiLeaks founder Julian Assange. But when this doc, which follows her life after President Barack Obama commuted her sentence at the end of his term, screened at Hot Docs recently, these developments were still in motion and absent from the film. Director Tim Travers Hawkins is updating the TV version to include the latest chapter in Manning’s dramatic life. But it likely won’t alter the film too much: it’s less a comprehensive biopic than an intimate mood piece that captures the intensity of Manning’s personality and convictions in close-up detail. XY Chelsea is a paranoid and heavy film that gets at what it’s like for Manning to be both adored and reviled – and to feel so alone. Savages singer Jehnny Beth and French producer Johnny Hostile’s droney soundtrack further amplifies the heaviness. June 7

Audiences have a chance at discovering The Hate U Give, which was tragically ignored at the box office and during awards season. Director George Tillman Jr. adapts Angie Thomas’s novel, which follows a high school student named Starr (Amandla Stenberg) after she witnesses her best friend’s murder by police and gets caught in the Ferguson-like social eruption. The film takes all the debates we’re currently having about race, police brutality and being woke, efficiently working them into a coming-of-age tale. It’s the BLM-era’s Boyz N The Hood, with Russell Hornsby echoing Laurence Fishburne’s Furious Styles in a powerhouse performance. June 21

Bradley Cooper’s remake of the Hollywood chestnut, the fourth official version of the story – though What Price Hollywood kicked it all off in 1932, five years before Frederic March and Janet Gaynor starred in William Wellman’s “first” version – is unique for its watchfulness and its intimacy. Its predecessors played up the dazzle and wish-fulfillment aspects of the narrative – in which a disintegrating superstar encourages a bright new talent, and watches her eclipse him – but Cooper’s movie is more interested in how that narrative feels to the people inside it. Watch it again, and think about the way Lady Gaga’s Ally processes her expanding world once she meets Cooper’s Jackson Maine – and the way Jack enjoys watching her go through that experience. And then think about the way Cooper orchestrates it all as a filmmaker. And then wonder why Green Book was the big studio two-hander the Academy chose to embrace. It doesn’t make a lick of sense. June 14, with Starz add-on

Given the general saturation of superhero movies – and the fact that we’ve seen Spider-Man played by three different actors in, like, nine features over the last two decades – it seems like a miracle that a movie as fleet, funny and inventive as Spider-Man: Into The Spider-Verse can exist at all. Juggling half a dozen canonical characters without ever feeling overburdened, last year’s Oscar-winning animated feature is a bright and shiny delight, following fan favourite Miles Morales (The Get Down’s Shameik Moore) as he gains his Spider-powers just in time to meet a whole mess of Spider-folk (voiced by Jake Johnson, Hailee Steinfeld, John Mulaney, Kimiko Glenn and Nicolas freaking Cage) who’ve been pulled into his reality by the Kingpin (Liev Schreiber) messing with the space-time continuum. It doesn’t matter if you don’t know who these characters are by the end of the movie, they’ll be your best friends. And prepare to get all misty at Stan Lee’s cameo. June 28, with Crave+

In advance of Neptune’s favourite PI returning in July, Crave is dropping the original three-season run of Rob Thomas’s delightfully complex teen thriller so we can all refresh ourselves on what happened between 2004 and 2007. And although the show did suffer from diminishing returns after a note-perfect first season, it’s still entirely watchable from beginning to end thanks to wonderful performances from Kristen Bell and Enrico Colantoni as Veronica and Keith Mars, one of the greatest father-daughter pairings ever to grace the small screen. The original also had a killer guest roster that includes Amanda Seyfried, Max Greenfield, Ken Marino, Krysten Ritter, Aaron Paul, Paul Rudd and a shockingly young Jessica Chastain. June 28

Alexander Payne’s wry humour, intellectual rigour and fixation on white men with an emotional chip on their shoulder is at its most affectionate and crowd-pleasing in The Descendants. The Hawaiian-set dramedy (which subtly has something to say about white people and their claims to that soil) stars George Clooney as a husband finds out that his dying wife had been cheating on him. Instead of simply grieving, he pursues the mystery man who infiltrated his marriage with his daughter in tow. The latter is played by Shailene Woodley, delivering the heartfelt performance that made her a star. The hilarious tear-jerker was Payne’s best shot at winning an Oscar to date. Instead it was passed over for The Artist, which… come on ya’ll. June 7 with the Starz add-on

Noah Baumbach’s ruthlessly honest and darkly hilarious coming-of-age story is a semi-autobiographical look at his own parents’ divorce. Jeff Daniels and Laura Linney star as two Brooklyn-based academics working through an ugly divorce as their children (Jesse Eisenberg and Owen Kline) watch and heed the worst lessons from it. Apart from the typical joys the genre has to offer, which Baumbach ratchets up to 11, the film is also a refreshingly critical look at academics and the hot air they get high on. It’s low-key terrific. June 14 with the Starz add-on

If you haven’t already caught on, Magic Mike isn’t just Step Up with strippers. No diss to Step Up. We love that franchise. And Channing Tatum shows off some exceptional moves in Magic Mike. But this is a Steven Soderbergh movie, inspired by Tatum’s own past as a stripper. Soderbergh and Tatum give us a thoughtful comic drama that teases baser pleasures while serving up a clever satire on superficial obsessions with the hard-bodies and hardtops that money can buy. June 21 with the Starz add-on

Around The World In 8 Meals

In The Night Garden (season 5)

Bad Times At The El Royale+

Man On The Moon*

A Star Is Born+

Reese: The Movie: A Movie About Reese

The History Of Love*

At The Middleton (aka Just One Day)*

In The Name Of The Father*

The Possession Of Hannah Grace+

The Squid And The Whale*

A Star Is Born*

The Trouble With The Curve*

The Hate U Give+

It Will Be Chaos

Land Of The Dead*

The Old Man And The Gun+

In The Valley Of Elah*

Spider-Man: Into The Spider-Verse+