What to watch on Netflix Canada in September 2018 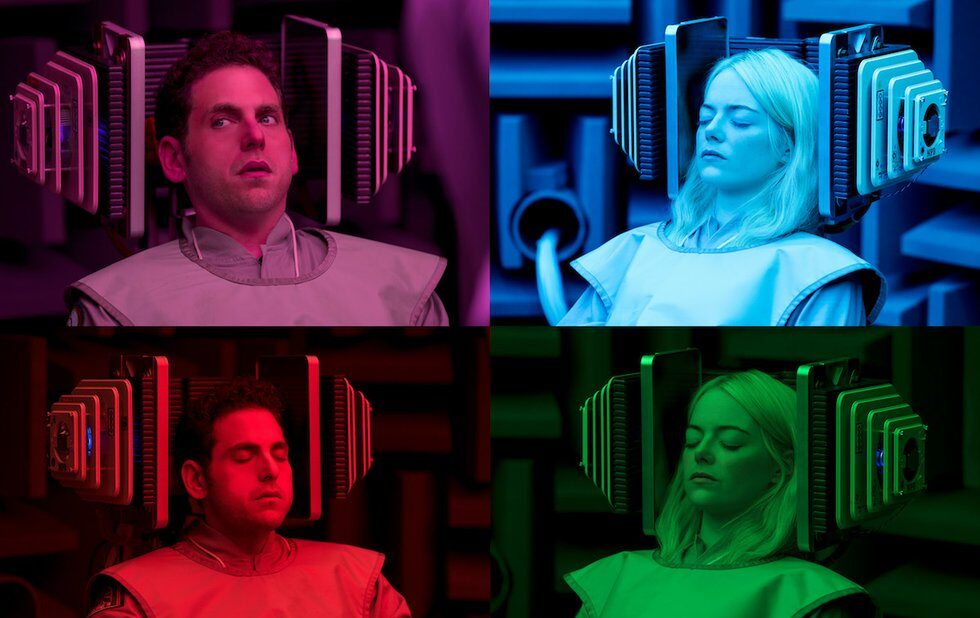 True Detective and Beasts Of No Nation director Cary Joji Fukunaga returns to the small screen with a 10-episode series about a radical treatment to remedy emotional problems. It’s a dark sci-fi comedy based on a Norwegian series of the same name (also available on Netflix) and Emma Stone and Jonah Hill star as strangers who meet in a pharmaceutical trial. The cast also includes Justin Theroux, Jemima Kirke, Gabriel Byrne and Sally Field. September 21

Nicole Holofcener is known for films about complex, funny and flawed women such as Lovely And Amazing, Friends With Money and Please Give, but the American filmmaker’s latest centres around a despairing dad (Ben Mendelsohn) who leaves his wife (Edie Falco) amid a mid-life crisis. In a year when people are thinking more critically about masculinity, it somehow feels appropriate that such an incisive director (with a cult following) is focusing on a self-destructive male character. The film lands on Netflix two days after it gets the world premiere gala treatment at TIFF. September 14

Another film hitting Netflix fresh from a world premiere at TIFF is this documentary about music legend Quincy Jones, co-directed by his daughter Rashida Jones and Alan Hicks (Keep On Keepin’ On). The film follows Jones, who made headlines this year with no-holds-barred interview quotes, as he spends three years preparing to stage a concert at the opening of the National Museum of African American History & Culture in Washington, DC. Here’s hoping he’s as candid in this doc as he has been in the press lately. September 21

Raphael Bob-Waksberg’s brilliant animated series – set in a world where humans and anthropomorphic animals coexist – ended on a note of genuine hope last season, with its alcoholic, depressive protagonist (voiced by Will Arnett) forging a real connection with the sister he’d never known (Aparna Nancherla). Season 5 finds him in a good place, more or less: he’s starring in a detective procedural produced by his agent Princess Carolyn (Amy Sedaris), and working on being a better Bojack. But that’s probably not going to last. September 14

Sierra Burgess Is A Loser

Perhaps you watched Stranger Things and you miss Barb (Shannon Purser). Well, Barb is back (sort of) but this time her name is Sierra Burgess. This Netflix Original movie tells the story of a geeky teen who must team up with the most popular girl in high school in order to win over her crush. Sure, it’s a tale we’ve seen more than once, but Purser brings so much authenticity to the starring role that she comes across as – dare we say – almost cool. September 7

The first season of this Marvel series – starring Finn Jones as Danny Rand, a rich white kid trained in the mystic arts of the East who returns to New York City to be a do-gooder – was, well, godawful. But steps were taken to make Danny less of a self-confident dick with his appearances in The Defenders and the second season of Luke Cage, so hopefully he’ll be on firmer footing when his own show returns for its second season. Because it’s not like they’re going to stop making these. September 7

The prestige doc series about international culinary stars is always a great palette cleanser after you’ve watched one too many episodes of 100% Hotter. This season, the show travels to Philadelphia, Istanbul, Bangkok and Barcelona. September 28 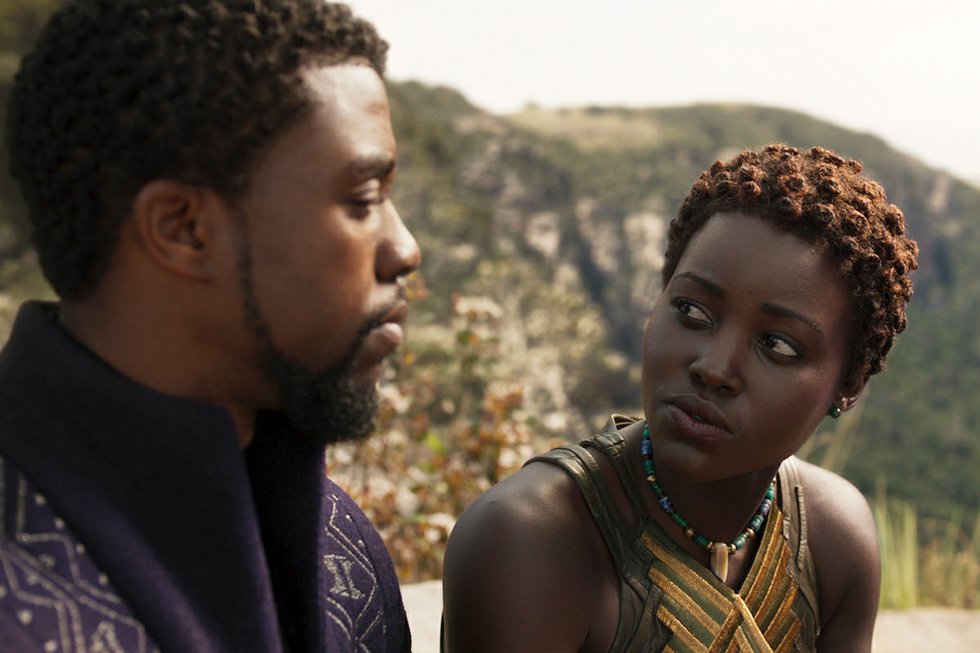 Lupita Nyong’o (left) and Letitia Wright steal all their scenes in Black Panther.

Creed director Ryan Coogler’s foray into the superhero genre takes topics such as Black identity within the African diaspora and lingering impacts of colonialism and slavery and packages them into an entertaining Hollywood blockbuster. Yes, the CGI fight scenes look instantly dated and the main character T’Challa (Chadwick Boseman) is a dud, but the Afrofuturist costumes and set design in fictional Wakanda are a joy to drink in and supporting players Lupita Nyong’o, Danai Gurira, Michael B. Jordan and Letitia Wright steal all their scenes. September 4

After exploding its premise at the end of Season One (no, we won’t spoil it, go watch it for yourself), Michael Schur’s afterlife comedy had an even better second season, as the show got faster and weirder, burning through months’ worth of plot in a single episode – and letting Kristen Bell and Ted Danson’s characters buddy up for real, instead of… well, the thing that was happening the first time around. Look, just watch it. It’s so great. September 20

If Hereditary stoked your interest in well-made art-house horror, then take a look at this ambitious 2015 film about a group of 17th century New England settlers who turn on each other after concluding their bad luck is the result of witchcraft. The cast, headed by Anya Taylor-Joy (then an unknown), Ralph Ineson and Kate Dickie, is utterly believable, and Robert Eggers’s film gets its stark puritanical look from the Algonquin Park locations. If Mark Korven’s score doesn’t send proverbial shivers up you’re spine, you’re probably already dead. September 17

Once upon a time, Jennifer Connelly and some puppets watched David Bowie jump around in very tight pants, and an entire generation of children instantly hit puberty. And now you, too, can watch Jim Henson’s bizarre live-action fantasy about a human girl who enters the goblin world to save her baby brother, and enjoy the silliness while also wondering how the hell this thing was ever released by a major studio. September 1

Melanie Scrofano’s real-life pregnancy complicated the second season of the goofy supernatural Western in the best possible way, as showrunner Emily Andras leaned into both the comic and dramatic opportunities of a pistol-packing, hugely pregnant action hero. But if you’re there for the sweet romance between Wynonna’s little sister Waverly (Dominique Provost-Chalkley) and stalwart peace officer Nicole Haught (Katherine Barrell), that’s okay too. September 9

Before Bridesmaids, chick flicks about weddings used to suck (27 Dresses, we’re looking at you). So when this rom-com about two women fighting over who’s the bride’s best friend hit theatres in 2011, it felt like a revelation. Co-written by SNL alumni Kristen Wiig and directed by Paul Feig (The Office), the movie stars some of the funniest actors on the planet: Maya Rudolph, Rebel Wilson, Melissa McCarthy, Ellie Kemper, Rose Byrne and of course, Wiig. Over the course of two hours, they go for a lot of brunch, try on bridesmaid dresses, poop in places they shouldn’t poop and sing an 80s hit. It’s a romp that’s still as funny and relevant today. September 5

If you’ve never seen Robert Benton’s multiple Oscar-winning look at a late 1970s couple (Dustin Hoffman, Meryl Streep) going through a divorce, you really should – and not just because of the recent reexamination into some of Hoffman’s method acting techniques (particularly a slap) used on the then-screen-novice Streep. Sure, it’s a very white and privileged look at the impact of divorce, but the actors, including Jane Alexander as the couple’s strong-willed single parent neighbour and Justin Henry as the couple’s young son, are superb. September 1

Full list of new titles available in September, by date:

Once Upon A Time (season 7)

Norm Macdonald Has A Show

Death at a Funeral

A Million Ways To Die In The West

Drag Me To Hell

Land Of The Lost

The Most Assassinated Woman In The World

Sierra Burgess Is A Loser

A Wrinkle In Time

Lessons From A School Shooting: Notes From Dunblane