What to watch on VOD and streaming this week

NOW critics hail the Netflix documentary Disclosure, Cheryl Dunye's first feature The Watermelon Woman and a gorgeous Blu-ray of Portrait Of A Lady On Fire 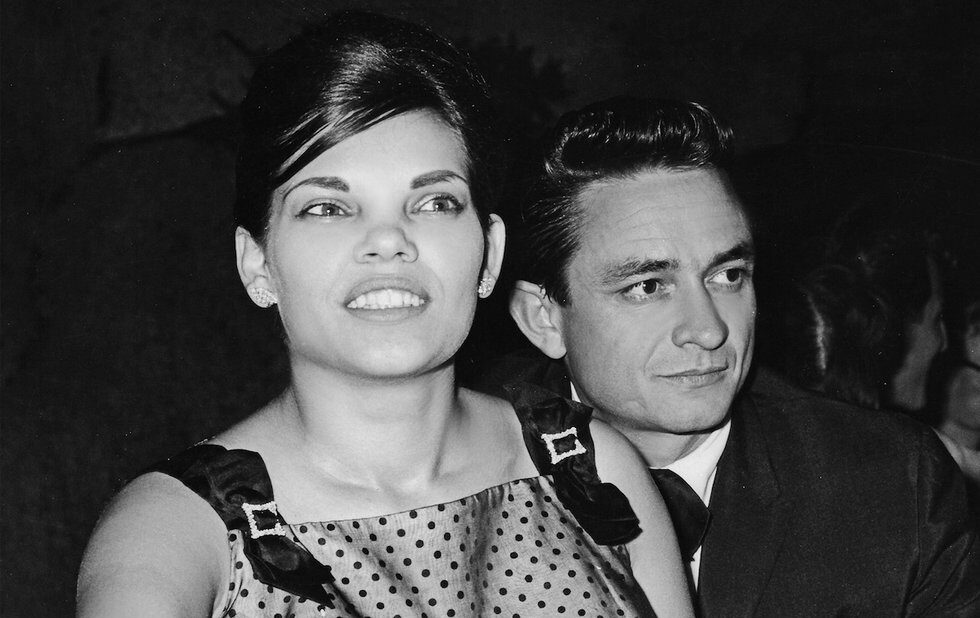 The violent, state-sanctioned persecution of LGBTQ people in the Russian republic of Chechnya has made news for the past three years, particularly in Canada where Toronto organization Rainbow Railroad has helped settled 44 refugees. David France’s HBO documentary gives viewers an intimate and sometimes hard-to-watch account of the underground rescue efforts led by Moscow-based LGBTQ- crisis intervention coordinators David Isteev and Olga Baranova. Welcome To Chechnya is valuable as a first-person account of both the rescuers and evacuees, whose faces have been swapped out using a deepfake-like VFX to protect their identities. The conceit allows France to tell the story with an intense, thriller-like pacing, while interspersing snippets of horrific video footage of torture, rape and murder that conveys the stakes. The calm calculation required to pull of these daring escapes adds to the atmosphere of repression, and the doc is most heartbreaking when the evacuees crack under pressure. The VFX faces are occasionally distracting, adding an off-kilter feel in scenes of emotional intimacy, particularly in scenes between tenacious events planner “Grisha” and his more fragile boyfriend. Premieres on Tuesday, June 30, on HBO Canada and Crave. NNN (Kevin Ritchie)

The first feature to ever be directed by an out Black lesbian, this is a landmark film, even down to its premise: starring Dunye herself, we follow Cheryl as she works her day job at a video store and, by night, makes a movie about a 1930s Black woman actor who was relegated to playing the stereotypical “mammy” role in film after film. In her journey to find “the watermelon woman,” which is how the actor was credited in the films, she learns more about Black American culture of that period. All the while Cheryl traverses her own complex love life, finding herself in an unexpected relationship with a white woman. Part (very funny) autobiography, The Watermelon Woman feels personal and one of what the director has referred to as her “Dunyementaries,” but incredibly of the moment: Criterion has offered it for free until the end of June and featured it as part of its spotlight on Black cinema as the Black Lives Matter movement has spread around the world. A classic in many ways, The Watermelon Woman is a piece of history and deserves your time now more than ever. 90 minutes. Now streaming on Criterion Channel. NNNNN (Sadaf Ahsan)

A history of trans representation in American film and television – which was almost always produced by and for straight, white, cis men – Feder’s documentary asks trans actors, writers, critics and filmmakers to confront the ways in which those fictionalized images influenced their own identities, for good or ill. It’s mostly ill: for decades, trans people could only see themselves on screens as murder victims on crime shows or represented by characters whose sole dramatic purpose was to be exposed and othered. If they were accepted for who they were, it was because the movie’s main character needed to show personal growth, as in The Crying Game or Dallas Buyers Club. And even when a movie like Boys Don’t Cry presented a positive representation of a trans character in Hilary Swank’s Brandon Teena, that film still ended with an unflinching re-enactment of his brutal murder – and entirely erased the Black man who was killed that night along with Brandon and Brandon’s friend Lisa Lambert. Mixing a century of clips (from D.W. Griffith’s Judith Of Bethulia to Ryan Murphy’s Pose) with thoughtful and occasionally heart-rending commentary from Laverne Cox (an executive producer on the project), Jen Richards, Yance Ford, Trace Lysette, Lilly Wachowski and many more, Feder has made the trans version of The Celluloid Closet – a documentary that not only serves as a historical corrective, but points out all the opportunities for genuine representation that didn’t happen because the people holding the cameras just weren’t interested. Now streaming on Netflix. Full review here. NNNN (Norman Wilner)

In what feels like too brief a window, writer and director Arshad Khan tells his heartbreaking story of self-discovery and of sharing that experience with his Muslim family. The carefully entangled narrative weaves in the history of his family’s migration from Pakistan to Canada and touches on both colonialism and religion. And yet, it’s the love story at the centre – between son and father – that proves to be the most complicated, the most wrenching. As Khan, a liberal, politically active gay man, attempts to find a way to fit into his conservative, god-fearing family that is very much steeped in a “don’t ask, don’t tell” culture, he walks a path so many queer Muslim men and women have before, and continue to do. With this rendition, however, a cultural and familial reconciliation feels possible. Though it remains honest Khan doesn’t shy away from his mother’s disapproval of his sexuality. Instead, he offers a generous lens that traces his parents’ own emotional obstacles. The film is spliced together with family interviews, old home videos and classic Bollywood clips, tracing his personal journey in a way that feels truly self-actualizing, minute by minute. 80 minutes. Now streaming on CBC Gem. NNN (SA)

Queens is being billed as a “comedy-mystery whodunit,” but the mystery aspect is a bit of a stretch: the six-part web series isn’t really that concerned with the whys and hows of the mysterious saboteur bent on derailing Toronto’s very last Miss Church Street pageant. Mostly, creator/producer Gray and director Pat Mills (Guidance, Don’t Talk To Irene) are there to watch their various characters try to get to that pageant, with as much drama as possible. Each 10-minute episode focuses on a different character as she copes with comical personal disaster – a missed connection, the return of an old rival, a trip to the ER, finding oneself locked in a mall makeup store with a box of wine and no supervision… that sort of thing – on the day of the pageant. It’s pleasant low-key farce stuff, and then Episode 4, titled Minnie & Sharron, comes along to demonstrate the show’s potential with the eponymous queens (Lucinda Miu, Lucy Flawless) happen upon a lost kid and argue over what to do next. It’s the only episode written by Mills, and it left me wishing he’d worked on more of the scripts. All six episodes now streaming on CBC Gem. Full review here. NNN (NW)

Writer/director Stewart’s first feature since 2014’s Rosewater is as far removed from that political-prisoner docudrama as one can imagine: it’s a politically tinged comedy starring Steve Carell as a cynical Democratic strategist who parachutes into a conservative Wisconsin town to run the mayoral campaign of a retired colonel (Chris Cooper), whose values skew closer to the left than the right. It’s a setup Preston Sturges would have loved, though he’d almost certainly have told it from the perspective of the townspeople rather than the city slicker. Stewart’s sympathies are with Carell, so we follow the uprooted elitist who comes to appreciate the values of the heartland, learning the values of the heartland while battling the soulless Republican strategist (Rose Byrne) who’s backing the incumbent (Brent Sexton). There are endless cheap shots at the technobabble of pollsters and the gawping obeisance of cable-news journalists to party messaging… and then the whole thing falls apart with a big reveal that’s supposed to be shocking, but just doesn’t work at all. Go watch Sullivan’s Travels and Hail The Conquering Hero instead you’ll thank me later. Available to rent on all digital platforms from Friday, June 26. Full review here. NN (NW)

Ella Fitzgerald: Just One Of Those Things

Run With The Hunted 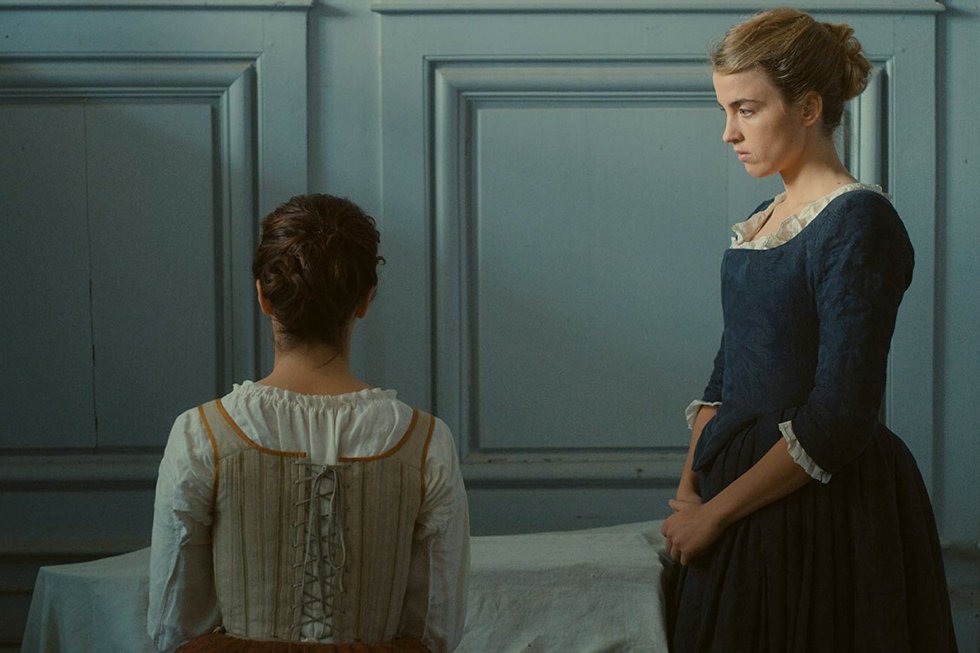 Disc recommendation of the week

(The Criterion Collection, Blu-ray and DVD)

If you missed it theatrically, or just want to swoon into it all over again, Céline Sciamma’s masterful meditation on the female gaze is now available on disc in a stunning high-definition transfer blissfully free from the compression hiccups that can plague a streaming presentation, especially in the movie’s darker scenes. Criterion’s characteristically thoughtful supplements include interviews with stars Noémie Merlant and Adèle Haenel, a conversation between Sciamma and critic Dana Stevens, and earlier interviews with artist Hélène Delmaire, who painted the portraits seen in the film, and cinematographer Claire Mathon. It’s the package the movie deserves… and just in time for Pride.