Oscars 2020: Why Bombshell never blew up

The film’s take on sexual harassment at Fox News tried too hard to satisfy everybody... and pleased no one 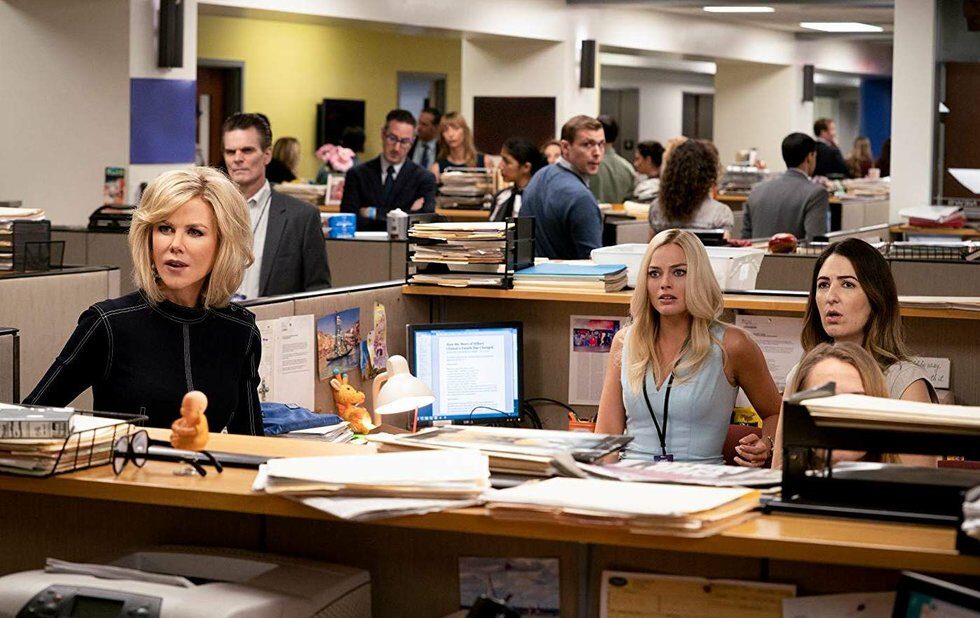 If Bombshell recovers at the box office, the producers should get on their hands and knees to thank the Academy. The $35-million film about three sexual harassment victims standing up to FOX News – and winning – has earned $42 million and has been considered a major financial disappointment.

With three Oscar nominations – a best actress nod for Charlize Theron as Megyn Kelly, a supporting nom for Margot Robbie (playing a composite character) and a third for makeup/hair – the film could conceivably rally, but in the meantime it’s worth considering why it has, by industry standards, flopped.

Some say the almost concurrent release of the documentary Divide And Conquer: The Story Of Roger Ailes and the Showtime TV miniseries The Loudest Voice, about Ailes’s career, has rendered Bombshell redundant. But the Fred Rogers documentary Won’t You Be My Neighbor? was the highest grossing documentary of all 2018 and, just a year later, A Beautiful Day In The Neighborhood has grossed $62 million worldwide and is far from finished.

Sure, Fred Rogers is a unique icon, but it’s not as if Bombshell had nothing going for it.

Start with three major female stars: two, Theron and Nicole Kidman already Oscar winners, as well as Margot Robbie, who should be dusting off a space on her mantle for the Academy Award that, though likely not this year (Laura Dern’s a lock), is inevitably coming her way at some point. Plus, the superb John Lithgow portrays Roger Ailes, Fox’s chief executive harasser and, ooh, there’s a bit of lesbian content featuring the great Kate McKinnon. All these actors give excellent performances.

Add the fact that we are in a major #MeToo moment, with Bill Cosby incarcerated and Harvey Weinstein on trial. People really care about this stuff – which should have sparked a run to the theatres.

My take is that screenwriter Charles Randolph (The Big Short) tried to create the cinematic equivalent of a big-tent political party that would excite few and piss off no one.

And so Fox News is made to look like a legitimate news outlet, with Ailes appearing at first to care about fair coverage and supporting Megyn Kelly’s tough questioning of Donald Trump during the Republican candidates’ debate. The sense is that it’s only the opinion shows that are rabidly right wing and that the news department itself provides legitimate journalism – something anyone who’s tuned in to Fox for five minutes will find hard to buy. And why bother soft-pedalling Fox’s toxic role on the news landscape? That was to appease Fox fans, who’ll probably hate the film anyway given that both their idols Ailes and his abuser partner Bill O’Reilly were taken down.

Feminists like me, who you’d think Bombshell was meant to attract, can’t figure out why Bombshell gives so much oxygen to the women who enabled the abusive behaviour at Fox, including Ailes’s secretary (played by the brilliant Holland Taylor) who ushers his victims into his office knowing exactly what’s going on behind her boss’s closed door.

This kind of behaviour – as well as all those employees happily complying with Fox’s Barbie dress code as long as they have jobs – is real and shouldn’t be forbidden artistic fruit. But it’s not handled with the kind of nuance it requires. In Bombshell, the campaign inside the Fox offices to rally the employees in favour of their abusers – which includes forcing workers to wear pro-Fox T-shirts – is spearheaded by women in full rah-rah mode.

These things are complicated. It’s not that women don’t compromise their values on the job. But women do talk to each other. Why do we see so few of them expressing any of their ambivalence?

And finally, there’s the problem of the central victims.

Neither Kelly nor Carlson are paragons of political virtue professionally, something writer Randall tries to resolve by leading with Carlson and Kelly’s resistance to Fox’s political imperatives. So Kelly’s first at-work moment onscreen shows her confronting Trump at the Republican debates about his attitudes towards women. And Carlson is seen early on vexing Ailes by insisting she appear on TV without makeup.

But both Kelly and Carlson nurtured Fox’s right-wing base – Kelly, to cite just one example, by insisting Jesus was white and mocking those who say otherwise (which, by the way, the film does touch on), Carlson via numerous anti-gay and trans comments and by openly validating the anti-Obama birther movement. (Both have tried to rehabilitate their reputations since then, Carlson in particular, by giving voice to other women who have been harassed.)

Let me be clear. Every woman has a right to be free from sexual assault. Rapists do not check the political perspectives of their victims before attacking and sexual harassment is wrong no matter who’s targeted. We can’t only care about the victims we agree with. But even while downplaying their obnoxious views, Bombshell can’t escape the fact that their central characters don’t automatically generate sympathy.

So we’re left with a movie that wants to be fair to Fox, makes women employees look loyal to their employers to the point of being dumb, puts way too much focus on female enablers of abuse and hopes audiences will wholeheartedly get behind less than sympathetic characters.

No wonder Bombshell is bombing.