Year in Review 2017: the best in Black television 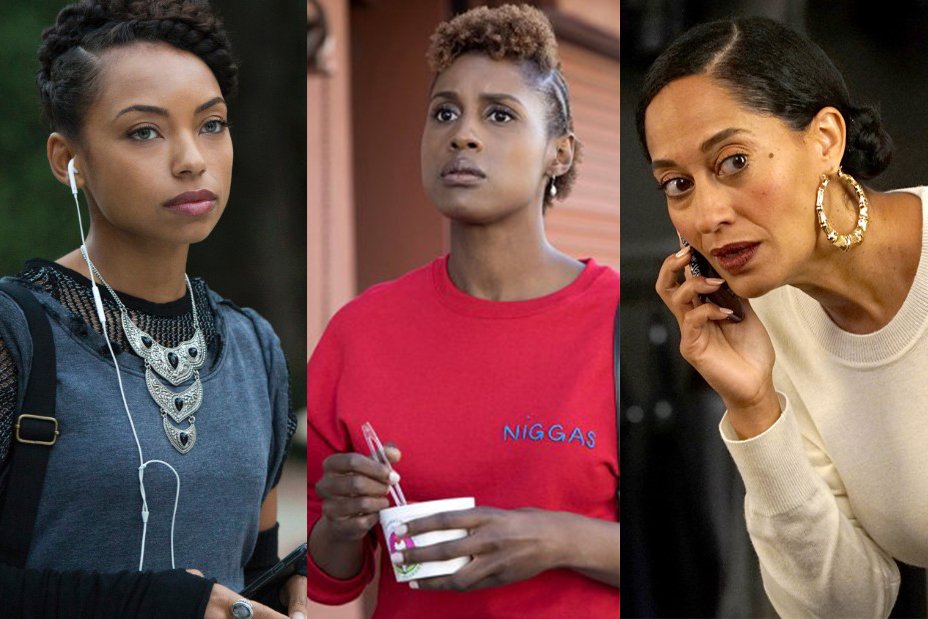 This has been such an amazing year for Black television (shows that feature a Black lead or a predominantly Black cast). We have seen race and culture expressed with both nuance and skull-whupping accuracy. Some will contend that such shows are divisive because their purview is predominantly and culturally specific to the Black experience. But that thesis comes from a place of privilege and being accustomed to seeing oneself regularly and fairly represented in mass media.

The shows listed below have deftly explored themes of love and family relationships, respectability politics, sexuality, code-switching, police brutality and bougie-ness as they pertain to the North American Black experience. Yes, all these shows are American. However, this does not distance Canadians (of colour and otherwise) from connecting with the subjects and characters, especially since Black-focused shows (oh how I miss Da Kink In My Hair) aren’t being produced at the rate of our American neighbours. And no, Scandal and Empire aren’t on the list.

In a world where Black women always have to save the day (that’s you, Alabama senate race), this HBO series gives them a break and allows them to be vulnerable and show that they don’t have to have it all figured out. Issa Rae created a show where Blackness and all its facets (natural hair, dark vs. light skin, income disparity, education) was never used as a gimmick but the fulcrum around which a regular existence pivots. Or as NOW writer Chris Rattan put it, “large swaths of modern Blackness.”

Some time ago the most interesting Black female character that we had on television was Scandal’s Olivia Pope. But she was a character with which very few people could identify. Insecure has characters that matter and truthfully represent the contemporary Black millennial experience.

I don’t know what film exposure was used in Queen Sugar’s cinematography, but lawd it sure made melanin pop. Similar to Moonlight, Queen Sugar ensured the facets of Blackness – skin-deep and otherwise – were flawlessly portrayed.  Executive producers Ava DuVernay and Oprah Winfrey not only gifted us with one of the best-produced television shows in the last 10 years, but also introduced us to the bae of all baes: Kofi Siriboe. Swoon.

DuVernay has also worked tirelessly to ensure that inclusion is not just a buzzword but an ethos. Black Lives Matter has been integrated into the show from the debut episode because it is “literally Black lives having meaning and mattering in the every day.” And if that wasn’t enough, it is one of the very few shows directed by an all-female team.

Unless you grew up in the Baptist or Evangelical traditions, this soap-style drama that focuses on the family at the helm of a Southern Black mega-church may be lost on you. However, Greenleaf is not just about religion, it’s also heavy on family drama. As Saturday Night Live character Stefon might put it, this show has everything: toxic parents, dark family secrets, Oprah, the poor handling of mental-health issues, Chanel, closeted gays, middle-child syndrome, openly gay gays, adultery, avarice and gay conversion groups. It is important to note that the issues dealt with in Greenleaf are faced by many Black people who grew up in the church and explains why, despite knowing its destructiveness, we still hold onto those values dearly.

Where do we even begin? Not since The Cosby Show have we seen a wealthy Black family on a sitcom, and Kenya Barris decided to fix that with Black-ish. Note: the show isn’t about a wealthy family that happens to be Black, but rather a wealthy Black family. This year, the Johnson family encountered issues such as interactions with the police, white women who voted for Trump, how Black men who don’t play basketball are perceived, the month of February and the remorse that those who have “made it” carry throughout their lives. Black-ish also interrogates the idea of the successful working mother having it all. The answer? It’s unattainable and that’s okay. Rainbow Johnson’s (Tracee Ellis Ross) motherhood is grounded in reality and that’s one reason why this show should appeal to women of every race.

She’s Gotta Have It

Thank God for Netflix. I watched every episode of this series in one day, cried, showered and started again. Spike Lee updated and rebooted his 1986 breakthrough film  for the times and broke it into 10 wondrously comedic, affecting and delightful episodes. The main character, Nola Darling (DeWanda Wise), is “a sex-positive, polyamorous pansexual” who is “damn sure nobody’s property.” Next to BET’s Being Mary Jane (RIP) television hasn’t gifted us with many sexually liberated women like this. The difference between Nola Darling and Mary Jane Paul is that Nola doesn’t have the guilt that stems from antiquated Victorian ideas of propriety. I am inspired by Nola being her own woman who does things her way even if no one understands or agrees.

The show has also been divisive. I can understand that this idea of Black womanhood may not be anything new. However, I find the grit that fuels her as she deals with traumatic episodes (as a rather comfortable artistic millennial) quite admirable. She didn’t take to Twitter – she got real. Take for instance her assault on the street. She decided to literally take back the night and launch a street art campaign calling out chauvinist assholes who catcall women and feel entitled to their bodies. This grown-up version of the film depicts Lee’s growth as well. Since the show speaks about a Black woman’s experience he ensured that of the eight seats at the writing room table, five were occupied by Black women, including his own sister.

People who find the name of this show racist are the same ones who don’t get why blackface is totally inappropriate. Another Netflix series based on a film, Dear White People focuses on the life of Black students at an Ivy League institution. Throughout the show, we see the exploration of what it is to be Black in white spaces, the comfort we find in code-switching, bonding over culturally specific television and how some Black people view each other.

One of the most jarring lines from the series was delivered in jest. The main character Sam (Logan Browning) is biracial and was told by her best friend Joelle (Ashley Blaine Featherson), “You’re not Rashida Jones biracial, you’re Tracee Ellis Ross biracial.” This has to do with many things including straight hair versus kinky, the concept of Passe Blanc (passing for white), the privilege some biracial people experience solely based on skin tone and just how often biracial people are threshold figures – not really being accepted by either race and the fight that they may engage in to assert Blackness.