Now at a turning point in his career, the fest's Canadian spotlight subject screens his very first doc and teases his debut fiction feature 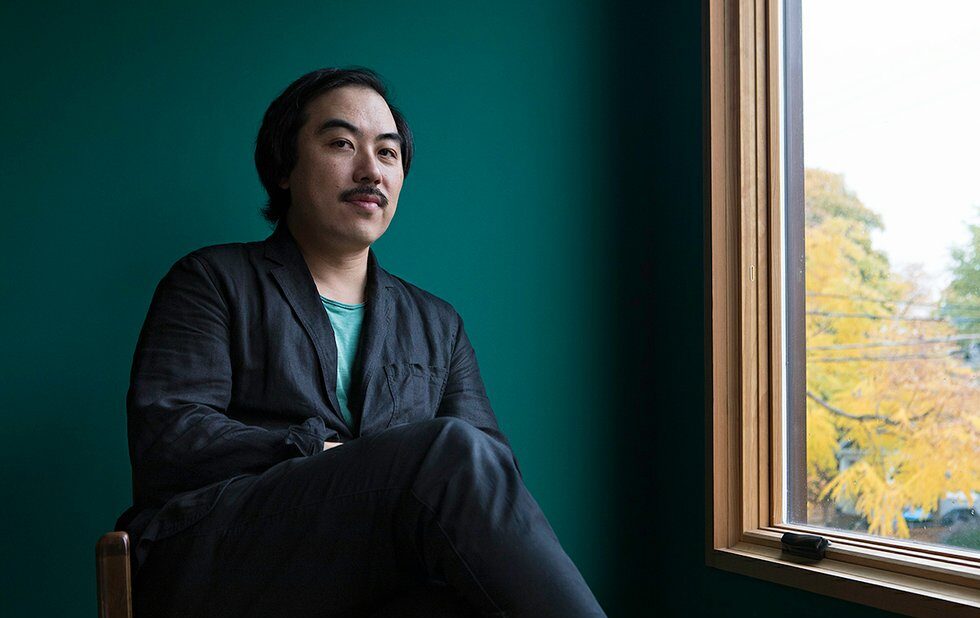 As a young Chinese-Canadian kid growing up in Oshawa, director Yung Chang remembers feeling like an outsider. Often the victim of racist bullying, he felt neither Canadian nor Chinese, just a sense of shame and confusion. The rare time he saw a piece of art about identity, it usually made him cringe.

So it’s gratifying for him now to see lots of art – everything from the movie blockbuster Crazy Rich Asians to the hit homegrown series Kim’s Convenience – that reflects the complex Asian-North American experience.

“I feel like I’m from another generation. I never ever thought there would be these kinds of opportunities forefronted for everyone,” he says. “I’m just so impressed by filmmakers like Chloé Zhao [The Rider] and Johnny Ma [Old Stone]. Johnny, by the way, has a great story about how he used to impersonate me at film festivals.”

Ma won’t be able to do that at this year’s Reel Asian Film Festival.

His latest film, To Live To Sing, is opening the festival, but Chang himself is the Canadian Spotlight subject. The fest is screening Chang’s first documentary short, Earth To Mouth, and he’s overseeing a live reading of his debut fiction feature, Eggplant, with a cast that includes Kim’s Convenience’s Andrea Bang.

Chang’s feature documentaries – among them his remarkable debut feature, Up The Yangtze, China Heavyweight and The Fruit Hunters – have all screened at Reel Asian, a festival he says was a big part of his early years as a filmmaker.

“I found this real community, met great people, filmmakers and collaborators,” he says. “It was so inspiring, especially to young artists. If I can do one thing in my role as the Spotlight artist it’s bring awareness to other Asian-hyphenated filmmakers who may not feel they have an opportunity to get into the business. It is possible to actually make a career out of this.”

He laughs, saying that the festival even gave legitimacy to his career when his worried Asian parents had their doubts years ago.

“There’s often a stigma attached to the arts – certainly there was for my family. But I proved them wrong. Or I guess I’m still proving them wrong.”

Chang’s outsider status has influenced the types of subjects he’s chosen for his documentaries, from the matriarchal Chinese farmer living in Newcastle (the subject of Earth To Mouth) to the displaced souls in Up The Yangtze to the remarkable Yukio Shige, a retired police officer who’s devoted his life to saving people who try to commit suicide off the cliffs of Tojinbo, Japan, in the film The Gatekeeper.

“I’m definitely interested in people who don’t have 9-to-5 jobs,” he laughs. “People who don’t operate by the book. Maybe I see a bit of myself in them.”

After living in Montreal since the mid-90s to attend Concordia, and travelling the world to make his documentaries, Chang’s recently moved to Toronto and settled down to raise a family.

This is clearly a turning point in his life and career.

A couple of months ago he premiered his latest doc, This Is Not A Movie, about the foreign correspondent Robert Fisk, at TIFF, his first film with nothing to do with pan-Asian culture. And now there’s his first fiction feature, Eggplant, about a Chinese woman who scams mainland bachelors by agreeing to marry them for the bridal fee.

“I actually never thought I’d make documentaries,” he says. “But after graduation I found a way into documentaries through the NFB, working with Germaine Wong at the English studio. Back in 1999 there was this initiative called the Reel Diversity program, back when diversity wasn’t even a buzzword.”

He says there are lots of similarities between documentaries and narrative features.

“As a documentary director you have to be on your toes, impulsive and in the moment,” he says. “But I think the same thing applies to fiction. I prefer to call the genres ‘fiction’ and ‘non-fiction.’ I saw an interview with Alan Zweig during TIFF this year, and he said, ‘Why do people always call me a documentarian? Would you call a fiction filmmaker a fictionarian?’ We’re all filmmakers. We’re all telling stories. Obviously with documentaries, we don’t have a completely written script, but we do have an arc and a sense of where the film might go.”

Chang thinks we’re at the point now where filmmakers like him can go out and make films that have nothing to do with their Asian identities. Witness the Fisk doc, which is being distributed by Blue Ice Docs for a March 2020 theatrical release.

“I’m hoping that people of colour can make movies that aren’t necessarily about their own culture,” he says. “After all, it’s been done for generations by colonial filmmakers.”

He has mixed feelings about the rise of streaming platforms and new models of film distribution.

“I love going to great international film festivals like TIFF and Sundance,” he says. “But from the fundraising/financing side of the business, we have to look for opportunities to raise money and we can’t close the door to streaming platforms. For my Chinese films, we’re looking to work with platforms in China.

“But I am of that generation that loves going to the cinema. That’s what a festival like Reel Asian does: it gets you into the theatre so you can share the experience with an audience. It’s very different from watching it alone on your phone.”

That said, he says that while living in China in the early 2000s, the only access he had to art-house films was to buy pirated DVDs.

“I think a whole generation of filmmakers [learned a lot about film history] by buying pirated Criterion DVDs there. You could get box sets of everything from Egoyan to Fellini.

“I remember being in Shanghai in 2016, and I took Atom Egoyan and Arsinée Khanjian to a pirate DVD shop and showed them a copy of his most recent movie. I don’t know what they thought of that. But audiences got to see things they wouldn’t be able to see before.”