Now is the winter of our statuettes

The awards season is upon us. What deserves to win? 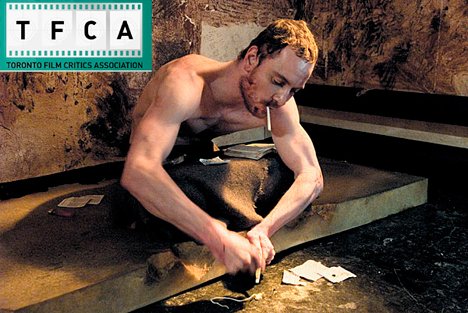 I kinda hate awards season. Everyone always wants to know whether I think their favourite movie will win an Oscar – and I have to tell them it just honestly doesn’t matter.

I mean, I’m glad the Academy embraced Slumdog Millionaire last year, but does that make up for them picking A Beautiful Mind in 2002, or Chicago in 2003? Love the movies you love for your own reasons, not because some industry group endorses them.

I do, however, put some stock in the awards handed out by the Toronto Film Critics Association – and not just because I happen to be a member. The TFCA makes interesting choices, and even when I’d have preferred the prizes fall out differently, the conversations that gets us there are always interesting and provocative.

In advance of the TFCA’s big awards dinner this Tuesday – and because we’re staring down a winter weekend that makes the inside of a theatre seem awfully warm and comforting – I thought I’d point out that a few of this year’s award-winning films are still running on the repertory circuit.

A great Nicolas Cage performance is a thing of beauty, and his work as an unhinged homicide cop in The Bad Lieutenant: Port Of Call New Orleans took this year’s Best Actor prize by sheer force. Werner Herzog’s demented film noir didn’t have much of a life in its first-run engagement, but it’s all over the rep-cinema map this weekend – tonight through Sunday at the Revue and the Bloor (and again at the Bloor on Monday), and Monday through Wednesday at the Royal.

British newcomer Carey Mulligan scored our Best Actress prize for An Education, as a teenager in early-Sixties London seduced by a worldly, older Peter Sarsgaard you can catch up to it at the Kingsway, where it’s playing 7 pm shows all week, or tonight through Sunday at the Royal.

Wes Anderson’s Fantastic Mr. Fox ran off with our Best Animated Feature prize if you’ve missed this delightful stop-motion contraption, you can catch up to it tonight through Sunday at the Bloor and the Fox (and Monday and Tuesday at the Fox as well), at the Royal Monday through Wednesday – or all week at the Kingsway as the 3 pm matinee.

Oh, and Up In The Air, which copped the Best Supporting Actress award for Anna Kendrick and shared the Best Screenplay prize with Inglourious Basterds, is still in general release.

If you’re in more of a cocooning mood, why not hit a video store? You can pick up both of this year’s Best Picture winners, Hunger and Inglourious Basterds, bring home our Best Documentary winner, The Cove, or check out all three of our contenders for Best Canadian Feature – Benoit Pilon’s The Necessities Of Life, Denis Villeneuve’s Polytechnique and Bruce McDonald’s Pontypool – over one long, locked-down weekend. And our Best Director winner, The Hurt Locker, hits disc this Tuesday.

For specific showtimes, check out our comprehensive rep listings. (Well, mostly comprehensive the Kingsway’s schedule isn’t up there, but you can find it here.) And whatever you choose to see, for god’s sake bundle up. It’s horrible out there.[rssbreak]