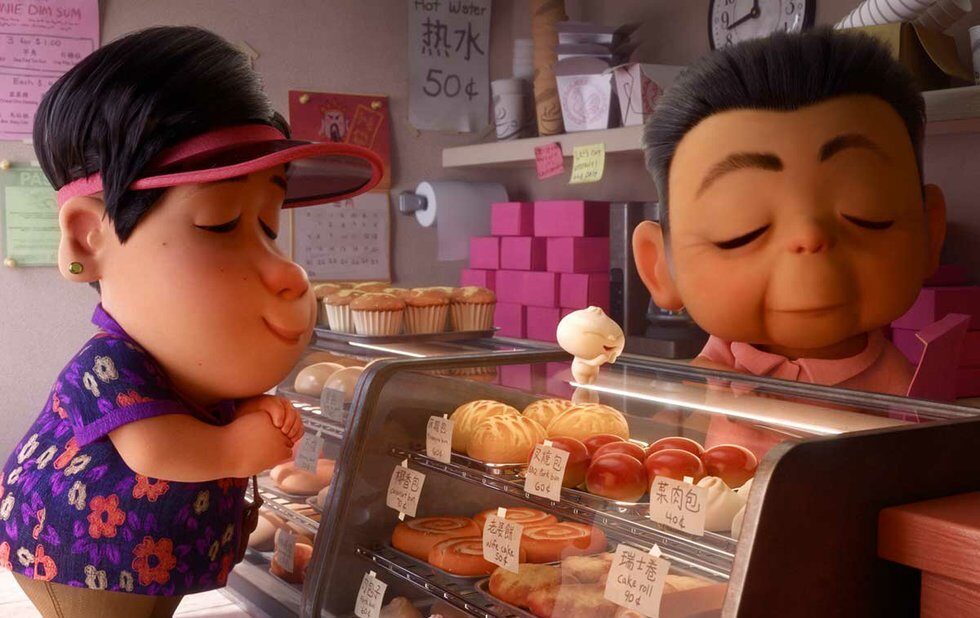 and one of two set in Toronto.|Can you spot the Toronto landmarks in Weekends?|Fauve

It’s become a tradition that TIFF screens as many Oscar-nominated short subjects as possible in advance of the Academy Awards, to demonstrate the range of cinema being celebrated – and, perhaps, so people can fill out their pool entries with as much information as possible.

This year, TIFF has secured all five nominees in each of the three categories – animation, live action and documentary, each screening in a separate program.

There are some interesting trends, like the fact that three of the animated nominees are centred on Asian characters (and two of those are set in an undisguised Toronto!), or that two of the live-action nominees hail from Quebec, or that all five of the documentary nominees are rooted in the notion that we really need to be more understanding of one another.

You might also notice that two of the live-action nominees are really quite bad. Anyway, read on. Take notes. Don’t bet on the bad ones. 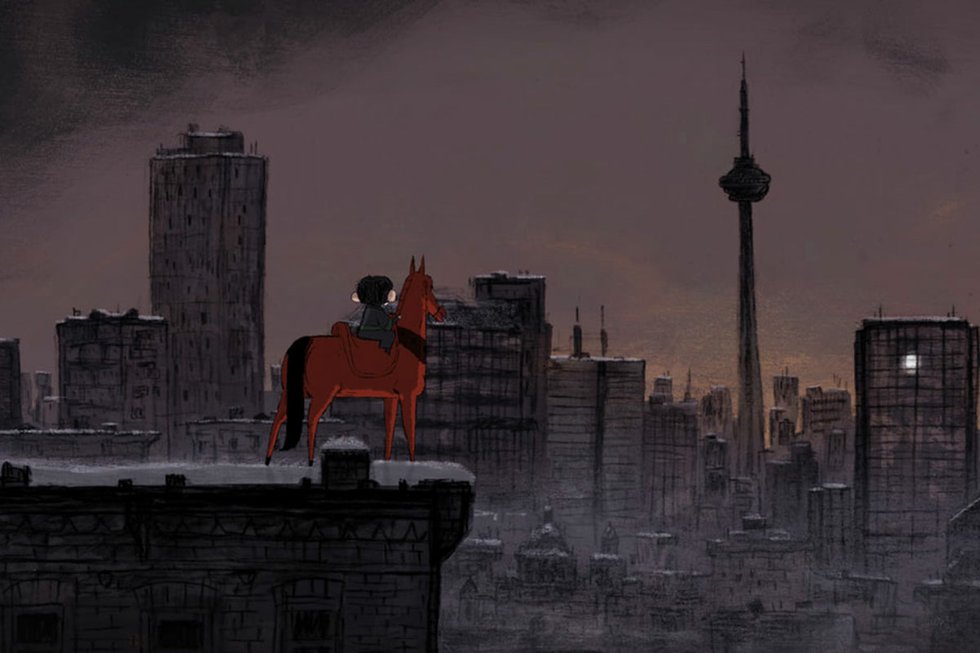 Can you spot the Toronto landmarks in Weekends?

NFB animators Snowden and Fine – who won an Oscar in this category for Bob’s Birthday in 1995 – are back with another mild and inoffensive comedy about neurotic characters, this time focusing on animals in a therapy group.

Pixar animator Shi’s delightfully odd, quasi-autobiographical tale of a Chinese-Canadian woman who raises a dumpling as her son after it comes to life one day is a sly allegory for empty-nest syndrome – and an unexpected celebration of Toronto locations.

An impressionistic voyage through the life and memories of an older woman (voiced by Fionnula Flanagan) losing herself to dementia, this one pours on the sentimentality – but you can’t argue with its impact.

In San Francisco, a little girl dreams of someday exploring space her cobbler father does what he can to encourage her. Simple and uncomplicated, beautifully animated and designed with a subtle retro aesthetic, it’s as charming as they come.

The second Toronto-set short from a Pixar animator, Jimenez’s hand-painted drama follows a young boy as he shuttles back and forth between his mother’s house and his father’s condo sometime in the 80s. It’s graceful and lovely, and includes a raccoon for extra hometown points.

Should win: Weekends, which tells a nuanced, moving story from the perspective of a child who won’t fully understand the significance of these moments until decades later.

Could win: One Small Step, which wraps a comforting story in appealingly retro character design.

Will probably win: Bao, because Pixar usually wins these in a walk – but also because it’s the most idiosyncratic, unexpectedly heartwarming short the studio’s released. 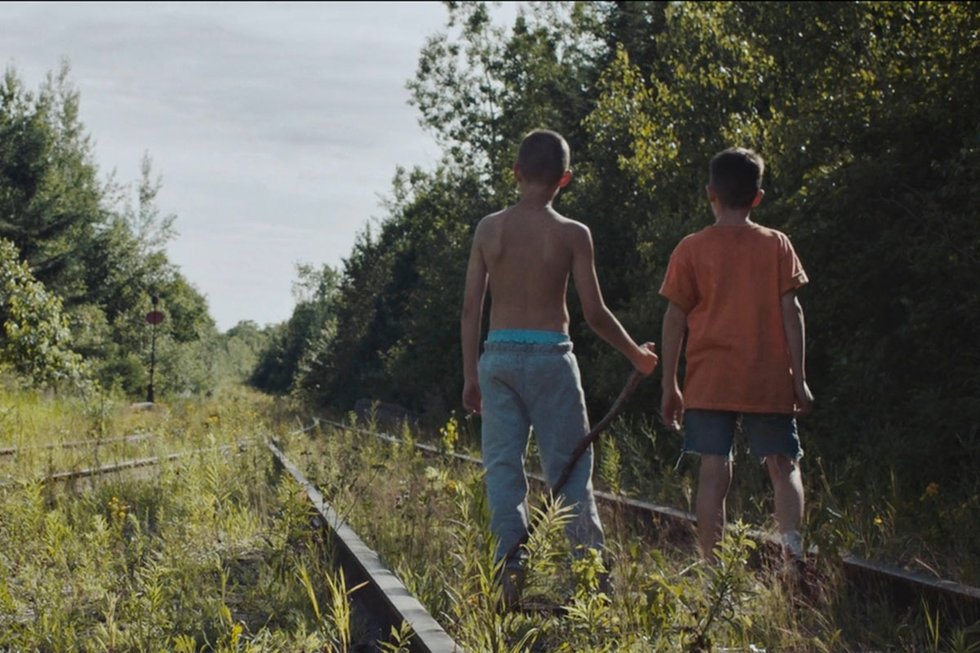 And you thought Green Book was this year’s most controversial Oscar nominee! Using transcripts and audiotape sources, Irish director Lambe recreates the interrogation of Robert Thompson and Jon Venables, the two 10-year-olds who were ultimately convicted of abducting and murdering three-year-old James Bulger in 1993. Bulger’s family has protested the film, and having seen it, I can’t say they’re wrong: it isn’t terribly sympathetic to Bulger’s killers, but neither does it expand our understanding of a senseless, shocking crime. It’s just pointless.

Two young friends (Felix Grenier, Alexandre Perreault) go wandering in a quarry in Quebec director Comte’s gorgeous, sinister widescreen tale. It begins so gently you might not even notice when it starts tightening like a vise. (It made TIFF’s Canada’s Top Ten this year, so this counts as a homecoming.)

A slick, ticking-clock thriller staged in a single take, as a mother in Madrid (Spanish TV actor Marta Nieto) gets a panicked call from her six-year-old son, who’s alone on a beach somewhere. Expertly calibrated to freak out every parent in the audience.

An elderly woman (Béatrice Picard) discovers something about her 30-something caregiver (Sandrine Bisson) that leads her to re-examine her own life in Farley’s gentle – if not terribly challenging – character study.

Sharing a title (but not a plot) with the Jamie Bell skinhead drama director/co-writer Nattiv brought to TIFF last year, this self-important look at Racism In America sells out its cast and its explosive subject matter for a cheap, ironic ending. It’s also very dumb.

Should win: Fauve, which sets its mood, establishes its characters and slowly, artfully reaches a devastating gut punch.

Could win: Madre, for its technical polish, its nail-biting execution and Nieto’s virtuoso performance.

Produced in collaboration with The Guardian, Perkins’s doc tells the story of Cornelius Walker, a Black man who as a teen in Essex was persecuted by a gang of white racists – and adopted their attitudes and philosophies in order to fit in. Shifting between Walker addressing the camera and recreations of his experiences, it shows us how easily someone can reject his own identity, if only for a time – and how even the ugliest sort of power can appeal to the powerless.

In this Netflix documentary, Epstein and Friedman (Common Threads: Stories From The Quilt, The Celluloid Closet) look at mortality through the doctors and practitioners at palliative care and hospice facilities in San Francisco, and how they help prepare people for the end. It’s an intimate, immediate study of grace and compassion – at times almost uncomfortably so.

Fitzgerald’s camera accompanies a German search-and-rescue crew as they patrol the Mediterranean in search of refugees who’ve set out from Libya in rubber lifeboats – a dangerous trip that’s still preferable to staying behind. This film stands out from the recent wave of refugee docs by going straight at the terrible toll of these voyages: not everyone who sets out for safety will actually find it.

A NIGHT IN THE GARDEN (Marshall Curry)

Produced for the Field Of Vision documentary project, this  black-and-white nightmare presents six minutes of footage of the New York “Pro American Rally” on February 20, 1939 – when some 20,000 people assembled in Madison Square Garden to show their support for the Nazi movement and express the hope that embracing Adolf Hitler would make America great again. No comment here, no comment at all.

In the village of Hapur, India, the arrival of a machine that manufactures feminine hygiene pads empowers the women who live and work there – and sparks a crucial dialogue about the -taboos surrounding menstruation. Zeh-tabchi’s doc (funded, like the machine it’s about, by the Pad Project in Los Angeles) leans a little heavily on its inspirational score, but its message is clear and heartening.

Should win: Lifeboat, for its refusal to sugar-coat its subject matter – and let viewers off the hook – with a pat ending or reassuring music. This is a movie that doesn’t look away from real horror.

Could win: A Night In The Garden, which uses found footage and just the smallest whisper of perspective to -deliver a devastating judgment on American fascism in six minutes (plus credits).

Will probably win: Period. End Of Sentence., which offers a positive message, engaging protagonists and a subject that’s never been more relevant.