Oscar to Canada: we dont get you

The news broke earlier this week that Xavier Dolan's J'ai Tue Ma Mere (I Killed My Mother) failed to. 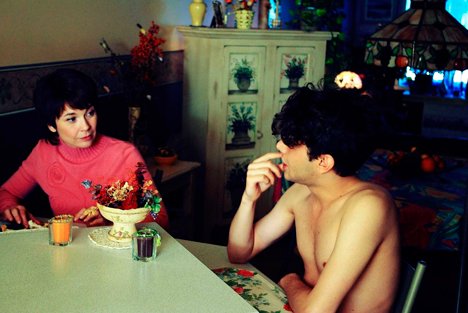 The news broke earlier this week that Xavier Dolan’s J’ai Tue Ma Mere (I Killed My Mother) failed to make the short list for the Best Foreign Language Film nominees at this year’s Academy Awards.

Over the next few days, we’ll see the requisite wailing and gnashing of teeth from various industry and media boosters who can’t believe this horrific snub to Canada’s very special film culture, possibly accompanied by a string of supportive declarations from Canadian filmmakers who are just shocked – shocked! — that such a brilliant debut feature could be overlooked by those snooty Oscar people, who clearly wouldn’t know quality filmmaking if it took its shirt off and ran around the screen at them.

Here’s the thing, though: it was never going to be a contender. The Foreign Language category isn’t there to honour dark-horse artistic breakthroughs or launch new talent on the world stage. That’s what film festivals are for, and I Killed My Mother has done awfully well on that score, snagging prizes at Cannes, Vancouver, Reykjavik and, um, Sudbury. Oh, and my very own Toronto Film Critics Association awarded Dolan its inaugural Jay Scott Prize for emerging talent just last week, complete with a $5,000 cash prize.

Fun fact: the Foreign-Language award is adjudicated differently from the other Oscars with each country making an official submission of just one feature. A short list of nine or ten films is assembled from that pool, and that list is whittled down to five after a series of screenings for the selection committee. Quality is a factor, obviously, but the ultimate selection by no means represents the best foreign-language cinema of the year – Spain, for example, chose to put Fernando Trueba’s The Dancer And The Thief forward for the prize this year rather than Pedro Almodovar’s Broken Embraces. It didn’t make the short list, either.

But here’s the reality everyone else will ignore when writing about I Killed My Mother: Even if Dolan’s film had somehow fought its way to the Academy’s final five, there’s just no way it would have taken the prize. The Foreign-Language category favours big, expressive works like Cinema Paradiso and and – ack – Life Is Beautiful when there aren’t any to be found, the prize goes to an easily digested issue picture like Tsotsi or The Lives Of Others or The Counterfeiters.

Occasionally, there’s a genuine upset, as when the Japanese entry Departures beat out artistic heavy hitters The Class, Waltz With Bashir and Revanche (and the slick German thriller The Baader-Meinhof Complex) for the prize – but you can chalk that up to Departures being the least risky of the nominees.

There’s nothing about I Killed My Mother, an edgy, micro-budgeted drama with Godardian affectations, that fits the category. That’s not a comment on the film’s aesthetic merits, mind you. The Academy similarly ignored Canada’s 2008 submission, The Necessities Of Life, which failed to make the final list of nominees.

Anyway, we can console ourselves with Denys Arcand’s 2004 win for The Barbarian Invasions, and Deepa Mehta’s 2007 nomination for Water. And any controversy over this imaginary snub will die out when our media boosters realize that likely Best Director nominees James Cameron and Jason Reitman are both Canadian, and shift their attention to inventing a rivalry between the two.

Dolon’s movie will open in Toronto next month. And if you’re curious to see the sort of intriguing, inventive movie that doesn’t win the Foreign-Language prize, Gotz Spielmann’s Revanche is playing at the Bloor Cinema all weekend.[rssbreak]