Producers pledge to dismantle systemic racism in film and TV 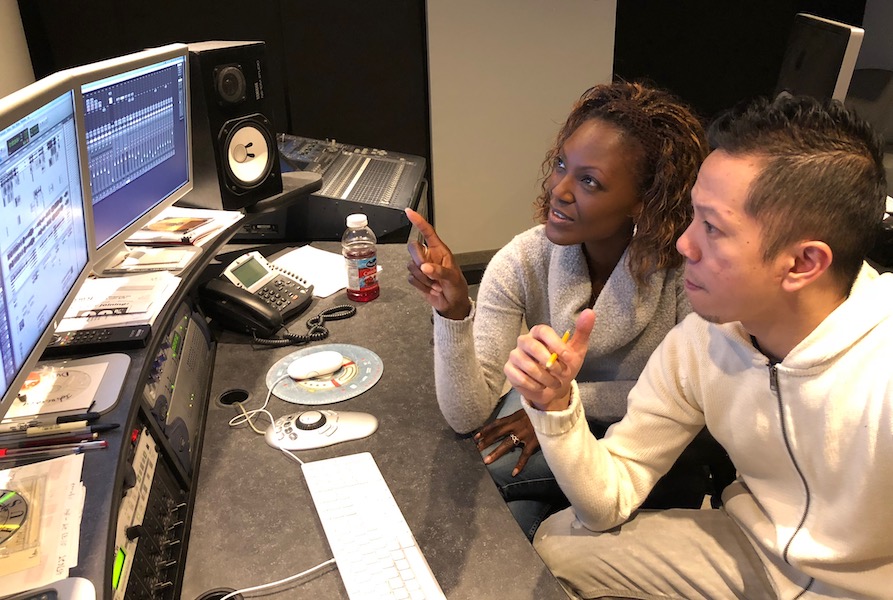 That disparity is what a loose coalition of independent producers, corralled by Coral Aiken and Samantha Kaine, are trying to remedy.

The group has launched Producer Pledge, a petition to dismantle systemic racism in  Canadian media and to rally production companies to reallocate 10 per cent of their emergency relief funding toward a fund to support filmmakers who are Black, Indigenous and people of colour.

The Canadian government has pledged more than $100 million to be distributed between the CMF and Telefilm. The Producers Pledge is aiming to raise at least $10 million that will be distributed by the Indigenous Screen Office, BIPOC TV & Film and the Racial Equity Media Collective.

As with so many businesses, COVID-19 has drastically affected film and television, with productions halted for the foreseeable future since COVID-19 safety concerns mean producers can’t access insurance. The federal government’s emergency relief funding is meant to keep companies afloat in the interim.

Through the CMF and Telefilm Canada, the funding is currently being allocated proportionately according to how much funding a production company was already receiving. The bigger the company (read: whiter), the more relief funding they get.

Reached for comment, a Telefilm rep sent a link to a statement saying that up to 15 per cent of the $27-million COVID-19 Emergency Relief Fund is being reserved for producers from underrepresented backgrounds, but had no comment on the Producers Pledge “at the moment.”

“We need our industry to remain vibrant and having a diversity of voices is key,” the statement reads. “Telefilm acknowledges that Canadian creators of underrepresented identities experience particular challenges in obtaining financing. This funding will provide additional financial support to help these businesses remain resilient. This mechanism is a vehicle to address some of these inequities.”

“The disbursement of that funding was proportional to how the system works already,” says Aiken of the relief fund. She points out the pandemic has been eye opening for her and so many others about how much inequity there is in both society and the film and television industry specifically. “We’ve set it all up for certain people to fail.”

The Producer Pledge initiative grew out of group Zoom calls discussing systemic racism. Predominantly white producers engaged in conversation with their BIPOC colleagues as part of a global reckoning after Amy Cooper’s 911 call and the Minneapolis police killing of George Floyd. Actor-turned-producer Kaine was among the voices whose professional experience running into a brick wall with funding bodies and broadcasters struck a nerve with the group.

“COVID-19 put a huge spotlight on the fact that systemic racism in Canada not only exists, but has been buried under the rug for so long,” says Kaine. She says that the producers’ group even noticed the racial disparity among themselves on those Zoom calls. The ones who received emergency funding were predominantly white. “This just blew it in people’s faces.”

Those conversations inspired Aiken to come up with the Producer Pledge, using a portion of the funding they are all relying on to stay afloat during the pandemic in order to make sure BIPOC filmmakers can keep going during these trying times too.

“Let’s make sure we all survive this,” says Aiken. “I want to see an industry that reflects the community I live in survive.”

The collective has already raised more than $170,000 just from organic calls to peers – mostly small, independent producers like MDFF (Anne At 13,000 Ft.) and Experimental Forest and Violator Films (The Body Remembers When the World Broke Open). These producers have contributed 10 per cent or more, some taking the funds from the personal wages they earned from previous projects.

But to reach their targets, the major broadcasters and production houses will need to support the initiative. And according to White Lie producer Karen Harnisch (who is an organizer and contributor) the big companies can’t just make tokenistic contributions for good PR and think they’re done.

“The point here is to encourage white settler producers to be really introspective about their own complicity [in systemic racism] and the ways that they take up space in the business,” says Harnisch. She explains that the Producers Pledge begins with a meaningful contribution and continues with subsequent commitments to concrete changes related to representation in productions, hiring practices, anti-racism education and advocacy.

“We will keep pushing action,” Kaine adds. “This is not a one-off. This is not, ‘Hey look at what a bunch of white settlers did for those poor marginalized people again.’ Oh, hell no! It’s not performative allyship!

“This is us coming together as a larger human race community and saying, ‘We are going to continue working together to dismantle systemic racism in Canada. We are actually doing the work.’

“What I love about the white settlers that are part of this producers coalition is that they are also doing self-work,” Kaine continues. “It has to start with self. If you are not willing as a white person to change how you view things and how you look at things, then nothing is going to happen. This is something we in the Black, Indigenous and people of colour community have been saying for years.”