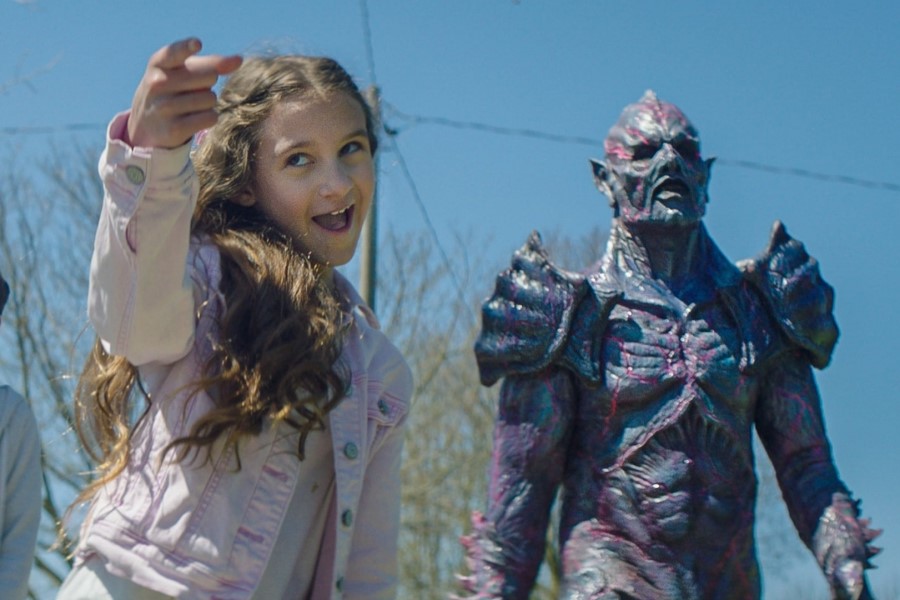 People like to say there are no new stories, and it’s probably true. I think that’s why I like mashups: by definition they’re not telling original stories, but they make the familiar ones unpredictable. And the best of them – your Galaxy Quests, your Shauns Of The Dead – can bring hidebound genres back to vivid life, refreshing their power and landing their emotional beats all over again.

I am not entirely sure Psycho Goreman will achieve that level of esteem, but I can guarantee you this: people who see it will remember it for the rest of their lives. They might need therapy for that, but still.

Imagine E.T. The Extra Terrestrial if Steven Spielberg had grown up on pulpy exploitation movies like Laserblast, The Toxic Avenger and The Gate. That’s the pitch for Psycho Goreman, which imagines what would happen if E.T. was an all-powerful alien warrior with an endless thirst for blood – and the kid with whom he bonds (Nita-Josée Hanna) was basically Louise Belcher from Bob’s Burgers, gleefully sending him after anything that annoys her, starting with her nervous older brother (Owen Myre).

Writer/director Steven Kostanski, whose last feature was the eerie John Carpenter riff The Void, takes his ridiculous premise and runs with it, walking an impossible line between the inherent foolishness of the world he’s built – one of monologuing monsters delivering Troma-style violence upon fragile human flesh, all lovingly realized with practical effects, makeup and the occasional puppet – and discovering the tragedy in the consequences of that violence.

As knowingly preposterous as it all is, Psycho Goreman finds just enough reality to make it all play: the back-and-forth between the kids’ concerned mom (Alexis Hancey) and doofus dad (Adam Brooks, with whom Kostanski made the Astron-6 horror pastiche Father’s Day) speaks to a world just as complex as P.G.’s arcane realm of Gigax.

Just watch the trailer, you’ll get it. My only regret is that I didn’t see this with a film festival audience, the better to experience the shock and awe as hundreds of sleep-deprived Midnight Madness attendees figure out what Kostanski is going for – and the elation that follows as they realize he’s actually pulling it off.

It’s a kind of magic.