Review: Luca is a delicate animated fantasy that seems afraid of its own metaphors

The pleasant story of two young sea monsters passing for human in an Italian seaside town struggles to be about ... well, anything, really. 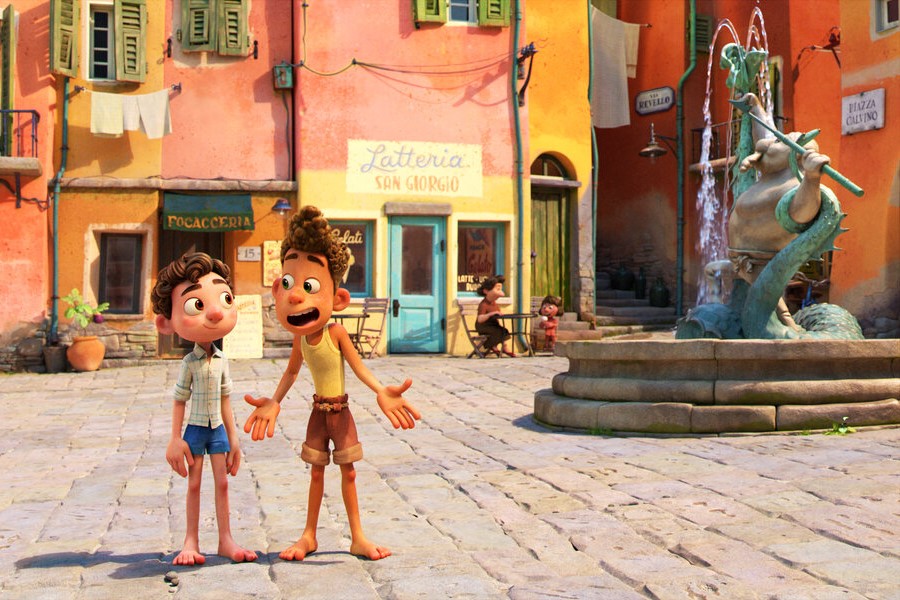 The pitch for Pixar’s latest might sound a little familiar: in the recent past, a somewhat sheltered boy (voiced by Jacob Tremblay) finds a meaningful connection with an older kid (Jack Dylan Grazer) in a small Italian town, but hides the relationship for fear his family might not understand.

Also, they’re all sea monsters who can pass as human on land, so this is basically Call Me By Your Anemone, with all the longing of Luca Guadagnino’s 2017 art-house hit sublimated into an awkward be-yourself metaphor.

This will all presumably fly right over the heads of younger viewers, who’ll see it as a reworking of Disney’s The Little Mermaid without the magic, the songs or the love story.

At first, the slightness and delicacy of Luca feels like a feature rather than a bug: it’s beautifully rendered, with slightly exaggerated characters romping around in a splendid, sun-dappled environment, and the story just glides along pleasantly.

A little girl about Luca’s age, Giulia (Emma Berman), is happy to befriend Luca and Alberto as long as they help her train for the local triathlon, where she hopes to beat entitled bully Ercole (Saverio Raimondo). Ercole, in turn, immediately intuits something isn’t right about the awkward new kids. Will he expose them? Or rather: is he going to out them?

You can see why I keep coming back to the metaphors here, which keep stacking up throughout Luca’s first hour. (Also, the fact that Grazer starred in Guadagnino’s recent HBO series We Are Who We Are seemed like it was going to lead somewhere.) But nothing happens; for all the first-act talk of how dangerous humans are, the village people turn out to be pretty decent, all things considered, and the lonely Alberto finds a new father figure in Giulia’s fisherman dad Massimo (Marco Barricelli). Luca learns to ride a bicycle. Luca dreams of a Vespa. That’s pretty much everything.

But it slowly becomes impossible not to notice the way director Casarosa and screenwriters Jesse Andrews and Mike Jones keep refusing to explore any of the story’s themes, or even acknowledge them, ultimately abandoning any pretense of their story being about anything at all.

It just feels very, very strange, because so much of Luca’s narrative seems to be about some very worthwhile things: our heroes, after all, are outsiders in a world that would shun them if they lived their truth. Eventually the whole thing gets shoved aside for an action climax that feels like it was pasted in from another movie, and an ending that seems to be reassuring if you don’t think about it for more than three minutes.

And, sure. It’s a charming fantasy about following your dreams! Who’d want to overthink that? But any story, fantastical or otherwise, should be able to withstand a moment’s thought, and given what Luca so clearly wants to be about, it’s frustrating that a story about sea monsters can’t address what’s swimming around under the surface.