Review: Never Have I Ever season two is more joyful and generous 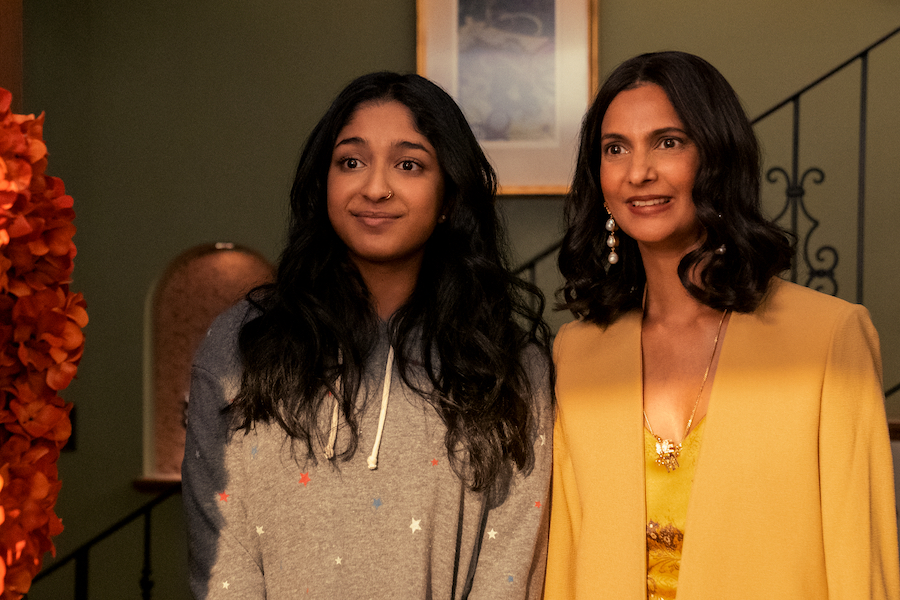 Maitreyi Ramakrishnan and Poorna Jagannathan relish their combative affection as Devi and Nalini.

NEVER HAVE I EVER: SEASON TWO. All 10 episodes premiere on Netflix Canada Thursday (July 15). NNNN

The training wheels are off.

Never Have I Ever, the high school sitcom starring Mississauga’s Maitreyi Ramakrishnan as temperamental Indian-American teen Devi, got through the awkward growing pains in its first season. The ensemble cast was finding their groove. Meanwhile the show felt like it was searching for the right balance between its goofy teen humour and emotional baggage. Either they found the formula or we just got used to the whiplash swings between corny Saved By The Bell antics and Can’t Hardly Wait horniness, with eccentric Sundance-style coming-of-age family drama elbowing room in between.

Now the show comfortably rides its tonal shifts on the strength of a stellar cast and the tangible chemistry between Devi, her cartoonishly dorky friends Fabiola (Lee Rodriguez) and Eleanor (Ramona Young), and her polar opposite romantic interests, obnoxious overachiever Ben (Jaren Lewison) and sensitive hunk Paxton (Darren Barnet). The affectionately combative bond between Devi and her mother Nalini (Poorna Jagannathan, still incredible) still delivers all the feels.

The second season nudges some of these relationships into more complicated, mature and even painful directions, particularly when it comes to how Devi handles the competing affections and anger of Ben and Paxton. This season also feels more joyous and generous, with Devi’s consistent attention seeking undermined to make room for the personal dramas of her best friends, her cousin Kamala (Richa Moorjani) and new characters joining the Sherman Oaks gang.

Common shows up giving a stilted performance as a potential romantic interest for Devi’s mother Nalini (Poorna Jagannathan, still incredible). Ranjita Chakravarty is a warm presence as Devi’s grandmother moving in from India. Megan Suri makes the biggest impression among the Never Have I Ever freshmen, playing the new Indian girl in school taking some of the shine from Devi, who up until that point enjoyed brown girl exclusivity. One character refers to Suri’s Aneesa as Devi 2.0.

From the onset, Never Have I Ever stood out not just because it cast a South Asian to lead a teen comedy but because it homed in on the nuances of a very specific diaspora experience. Based loosely on executive producer Mindy Kaling’s own teen years, the show explores how a young girl caught between different cultures at school and home negotiates her identity. The new season’s finest episode finds Devi struggling with a “there can only be one” mentality when it comes to Aneesa. That persistent scarcity complex plagues and often pits people of colour against each other, and is so rarely discussed, let alone translated to screen so effectively.

The show doesn’t always live up to the sensitivity of that subplot, especially when it hurriedly searches for resolutions so Devi can tackle her next disaster. The downside to making space for everyone is juggling so many stories and characters.

Though that flaw is oddly fitting for a series about Devi, a fiery teen who begins the season tiptoeing between two boyfriends. She’s consistently biting off more than she can chew.

And Ramakrishnan devours the role. The actor plucked straight out of high school through an opening casting call is better than ever in a season that demands even more maturity and physical comedy. No sweat. She handles it with confidence, enthusiasm and terrific comic timing.

Maitreyi Ramakrishnan Never Have I Ever NNNN 2021