Review: Ozark Season 4 is worth gambling on

The first part of the Netflix series' final season repeats some familiar notes, but also hints at an explosive ending 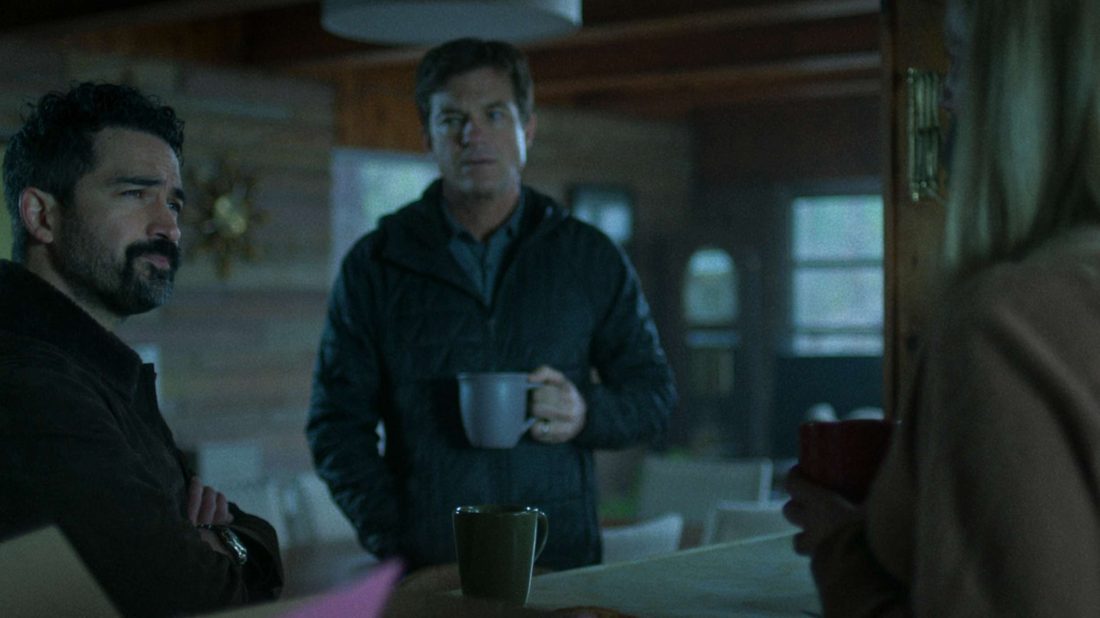 If, like me, you’ve found that the pandemic has made you less choosy about your binge-watching fare, Ozark should help pass several hours, days and weeks.

Bill Dubuque and Mark Williams’s series about the Byrdes, a middle-class Chicago family sucked into laundering money for a Mexican drug cartel, isn’t exactly bad. It features an intriguing setting – the bucolic Lake of the Ozarks area of Missouri – superb performances and enough unhinged, desperate characters to keep you on the edge of your seat and shouting at your TV screen.

But subtle, or even logical, it ain’t.

And while Ozark forces comparisons with other series dealing with middle-class white folks who have broken bad, it lacks a grand, well-plotted narrative arc, complex characters (with one exception) or thoughtful, penetrating themes. Instead, like Marty (Jason Bateman) and Wendy Byrde (Laura Linney), it merely tries to stay a step or two ahead of danger, regrouping after something goes awry and trying to emerge intact.

That’s where we find the couple, and their children Charlotte (Sofia Hublitz) and Jonah (Skylar Gaertner), at the beginning of the first part of the fourth season, in a teaser that will no doubt pay off when the second part drops later this year.

The Byrdes have always wanted to return to their ordinary lives in Chicago. But (spoiler alerts ahead) since the season three finale death of cartel lawyer Helen Pierce (Janet McTeer, much-missed), they’re now completely at the mercy of drug lord Omar Navarro (Felix Solis), who wants to use Marty’s connections with the FBI to strike a deal for immunity.

There are plenty of things standing in everyone’s way, however. FBI agent and new mom Maya Miller (Jessica Frances Dukes) is rightly suspicious; Navarro’s hotheaded nephew, Javier (“Javi”) Elizondro, meanwhile, is now on the scene and sniffing around in everyone’s business; and new character Mel Sattem (Adam Rothenberg), a PI from Chicago, is trying to get Pierce’s signature for her husband’s divorce proceedings, and as a former cop he senses there’s more going on than a mere disappearance.

Things are also bad closer to home. After realizing that his mom ordered her brother Ben’s (Tom Pelphrey) death, Jonah has essentially defected to the Snell camp, where Ruth (Julia Garner), Ben’s former girlfriend, and Ruth’s cousin Wyatt (Charlie Tahan) are helping out Darlene’s (Lisa Emery) heroin business. Speaking of the heroin biz, Javi wants the Byrdes to convince Darlene to stop selling heroin, which will become important in yet another plot point about a Chicago-based pharmaceutical company struggling from bad press during the opioid crisis.

That’s a lot of plot – I haven’t even mentioned Darlene’s relationship with the Kansas City mob boss, or a celebrity chef who’s a high roller at the Byrdes’ casino – and as in previous seasons it detracts from a lot of Ozark’s power.

The character of Javi seems lifted from Better Call Saul‘s Lalo Salamanca, another nephew of a drug lord. And Tony Award-winner Katrina Lenk has very little to do as Clare Shaw, the head of the Purdue Pharma-like corporation.

But Bateman and Linney get ample opportunity to shine. Bateman, as usual, relies on his oh-so-reasonable explanations to weasel out of sticky situations. Linney, meanwhile, gets a series of monologues in which she gets to show off her range, bickering with her estranged father (Richard Thomas) or resentful son, wooing a corrupt senator (Bruce Davison) and dimpling her cheeks extra hard to drive a metaphorical knife into Darlene’s back.

Linney’s been nominated for Emmys for each season of the series but has never won; she could take home the prize this year, since it looks like her Wendy, like Lady Macbeth before her, has the potential to psychologically unravel because of her guilt over one of her crimes.

Equally strong is Garner, who’s won two supporting actress Emmys already and is emerging, in this final season, as the series’ most complex and layered character. While the Byrdes have blithely sold their souls to become powerful players in the midwest, they began with privilege and opportunity. Ruth started out with nothing and has used her smarts and scrappiness to get by.

There’s a scene late in this season where Garner expresses Ruth’s loneliness that is one of the most affecting moments in the entire series. Ultimately, I don’t care what happens to the Byrdes. But I want Ruth to have a happy ending. After what she’s been through – hell, after what we’ve all been through these past two years – I think we deserve to watch that happen.