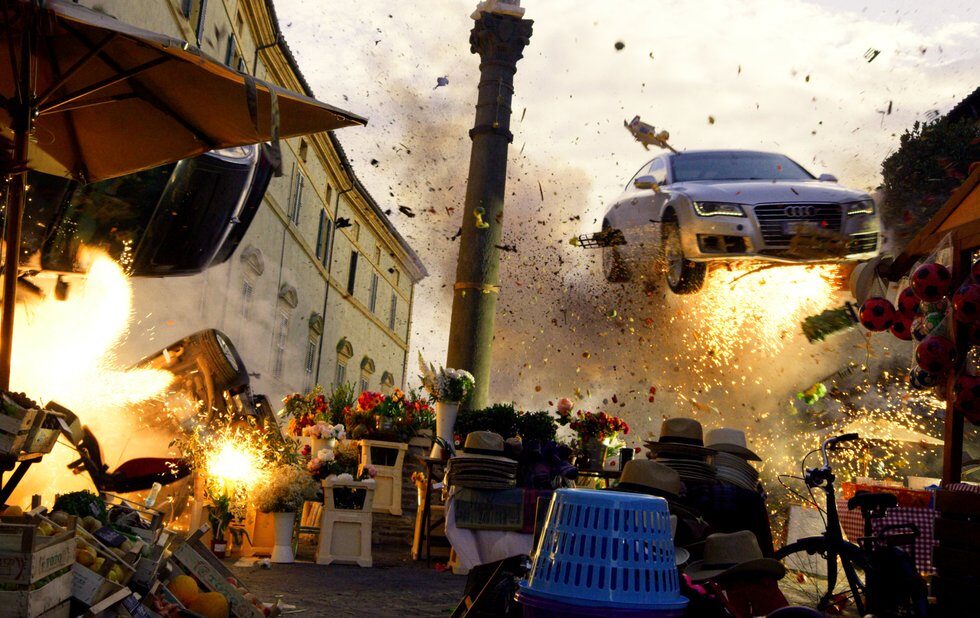 6 Underground is a nonstop cascade of explosions

Michael Bay’s 6 Underground is a big, loud, stupid action movie that most people will end up watching on their tablets, because it’s going straight to Netflix. Or rather, it’s a Netflix production in partnership with Skydance, the company that makes the Star Trek, Mission: Impossible and Terminator movies – which means it’s very expensive and has movie stars in it. It’s also virtually unwatchable, so all of this is ultimately irrelevant.

The film is just a nonstop cascade of explosions and gunfire and parkour – yes, producer/director Bay is finally going in on the hot action craze of 2004 – stapled to your basic high-octane espionage thing where a billionaire assembles a crack force of experts to depose the ruthless dictator (Lior Raz) of a nation called Turgistan (a barely disguised Abu Dhabi).

The billionaire, who goes by the name One and is played by Ryan Reynolds in full Ryan Reynolds mode, has come up with the brilliant plan of faking his own death so he can operate in the shadows, working to take down Bad People with a carefully selected team of sequentially numbered experts.

Two (Mélanie Laurent) is ex-CIA and very good at killing people Three (Manuel Garcia-Rulfo) is a puncher Four (Ben Hardy) is a former thief who excels at running up things Five (Adria Arjona) is the team doctor, who is mostly there for comic relief Six (Dave Franco) is only around for the first act, necessitating the recruitment of Seven (Corey Hawkins), a former sniper who asks a lot of procedural questions, like why people need to fake their deaths before joining One’s hit squad.

Apparently it’s so they can have the freedom to go where they want and do what they want, though surely having a billionaire vigilante paying your bills would give you the same advantage. In a world full of biometric recognition, it seems preposterous that this premise should be necessary. But it sounds cool, so we get three or four voice-overs about the value of ghosting your friends and family in order to have very public shootouts in Florence, Las Vegas and wherever Turgistan is supposed to be.

Anyway, it’s all weightless bullshit and nothing matters, because it turns out Bay’s more-is-more freneticism can steamroll even the star and writers of the Deadpool movies, whose knack for infusing action beats with wicked comic timing and unexpected complications turns out to be entirely dependent on a director reading the script first.

Hell, I’m not sure Bay even looked at the storyboards before stepping onto the set of 6 Underground. It’s even less coherent than the worst of his Transformers movies, a marathon of whirligig cameras, digitally doctored imagery and women in tight dresses either looking worried or shooting people.

One would be tempted to call this Bay’s attempt at an Andy Sidaris picture, but that would imply Bay is cognizant of other people’s work. This is just him doing his thing, to the detriment of everyone else involved. I hope the catering was good.