7 Days In Entebbe is a turgid hijacking thriller 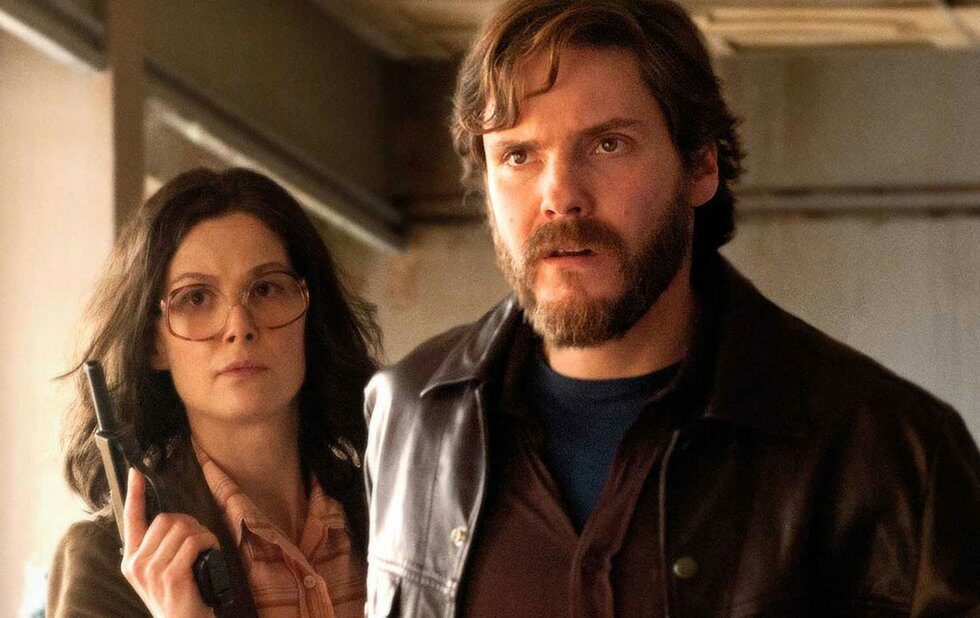 Rosamund Pike (left) and Daniel Bruhl go all in as Baader-Meinhof revolutionaries in 7 Days In Entebbe.

7 Days In Entebbe boasts a strong international cast doing its best to keep an occasionally tense but too often turgid historical thriller from playing like a poor man’s version of Steven Spielberg’s thorny vengeance essay Munich.

Brazilian director José Padilha’s first feature after launching the Netflix series Narcos dramatizes the 1976 hijacking of an Air France flight by German and Palestinian terrorists, who diverted the plane to Uganda with the intention of trading the 250-odd passengers – more than a third of whom were Israeli nationals – for 53 prisoners in Israel’s custody.

It’s a complex, symbolically loaded incident, and British screenwriter Gregory Burke (‘71) and Padilha – the stylish fascist of the Elite Squad movies who previously explored a hostage crisis in his excellent 2002 documentary Bus 174 – don’t trust the audience to understand any of it, filling the movie with conversations in which everyone on every side of the situation hashes out the issues and the sociopolitical subtext in play over and over again. (They also use a very silly dance performance motif to illustrate what I think is supposed to be some larger metaphor about the Israeli state’s need to be seen as a nation of warriors rather than victims.)

The actors are all in: Daniel Brühl and Rosamund Pike put some shading into their Baader-Meinhof revolutionaries, while the brilliant French actor Denis Ménochet (Custody) is great as a French flight engineer doing his best to de-escalate every situation. Nonso Anozie gets to have a little fun as Idi Amin, while Lior Ashkenazi and Eddie Marsan are stuck playing one-dimensional versions of Israeli prime minister Yitzhak Rabin and defence minister Shimon Peres.

But their efforts are betrayed by a combination of historical fact and political calculation. As much as Burke and Padilha pretend to hold an unbiased overview of the event, the decision to have all of the Israeli characters speak in English while the Germans and Palestinians shift between various languages – usually while screaming and pointing their weapons at hostages – kind of tips their hand.

Munich dared to explore the ramifications of a state choosing to commit to an endless cycle of revenge, and even if it didn’t have answers, it framed its questions in an interesting way. 7 Days In Entebbe is a movie that thinks it has the answers already: there are good guys and bad guys, and there’s nothing in between.