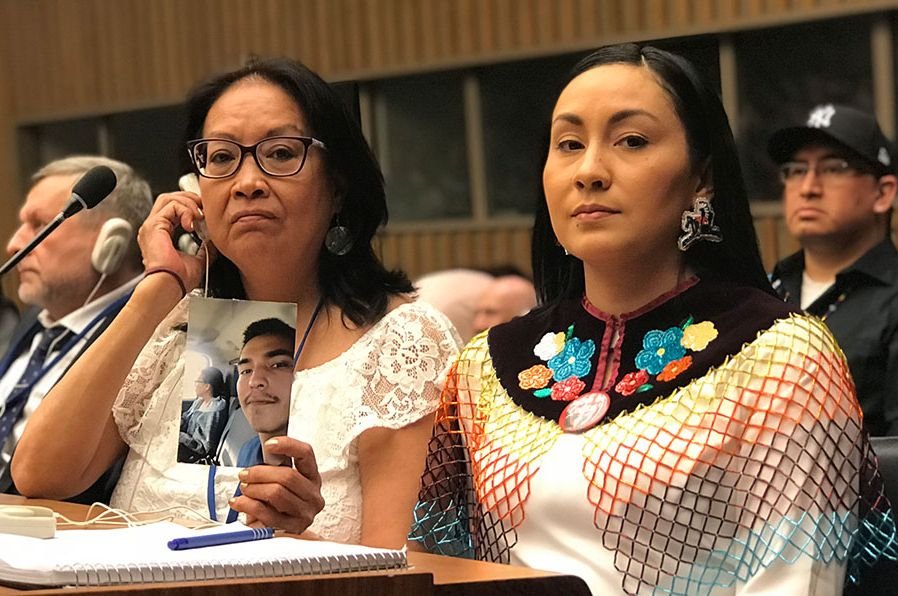 Tasha Hubbards doc opens with footage of her and her children walking through prairie fields. They climb and maneuver past a fence, and then we hear a click. It belongs to a camera shutter instead of a loaded gun.

Its both graceful and grave, savouring a peaceful moment while recognizing that the precariousness of Indigenous lives on contested land is whats hovering in the back of our minds. This is how Hubbard eases us into her intimate look at Colten Boushie, who was shot in the back of the head by Gerald Stanley.

The latters trial is a focal point in the doc, culminating in a harrowing moment where reporters are hovering outside the courthouse in the winter, awaiting news on the verdict. Hubbard catches a back door suddenly blowing open as Stanley is guarded and rushed into a nearby vehicle. We see the verdict in that quick escape by a man who is guilty of being found not guilty by his white peers. And then we see the Boushie family members spilling out the front door, unguarded and in tears.

From there, Hubbard follows the Boushie familys efforts to speak out against the limitations in our legal system, which allowed an all-white jury to validate an Indigenous mans murder. Coltens cousin Jade Tootoosis becomes an inspiring force, finding the necessary words to channel her grief and fight back against the tragedy.

Hubbards doc often stands back and observes as Boushies family pours their hearts out for her camera, for Parliament Hill and for the United Nations. She also contextualizes their plight with animated inserts that look back at how Canadas history informs todays events.

And in those scenes with her own family, which includes Hubbards white foster parents, she has probing conversations about todays actions and attitudes, wondering how they inform the way her children will live.