A Ghost Story might make you cry… but not from fright

David Lowery’s drama about death and grief uses the cliché image of the Halloween ghost to create something moving, sad and potent 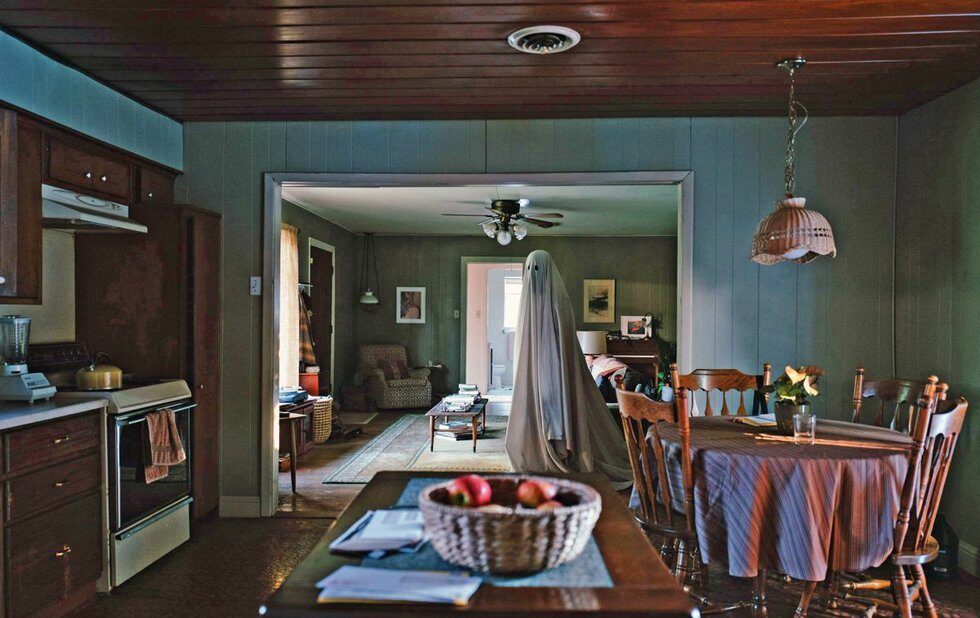 There’s been a lot of talk about “post-horror” as a genre recently, mostly by analysts and critics who grew up on a constant diet of jump scares and monster movies and wonder where all the shocks have gone.

As far as I can determine, post-horror is being used to describe pictures like The Witch, The Babadook and It Comes At Night – movies that do have jump scares, but not enough of them, and which rely on bone-deep dread to chill their audiences. If you don’t have patience and a sense of your own fragile mortality, well, no, you’re not going to connect to these. I wonder how these writers feel about Rosemary’s Baby or The Innocents.

Come to think of it, if any one film does deserve to be called post-horror, it’s Jordan Peele’s ingenious Get Out, which disarms its audience by openly mocking the genre’s usual tropes, and then finds real terror in another aspect of its story.

Anyway, I’m writing all this in preparation to discuss another movie that’s been lumped into the post-horror conversation, David Lowery’s A Ghost Story. In a work of simple, elegant cinema, Lowery – who made last year’s brilliant, overlooked Disney project Pete’s Dragon – takes the hackneyed Halloween costume conception of a ghost as a person covered by a bedsheet with holes cut out for the eyes, and renders that image moving, sad and potent.

A Ghost Story isn’t a horror movie, and neither is it post-horror. It’s something else entirely: a slow, measured meditation on life and death, as seen from the perspective of a musician (Casey Affleck) who dies in an accident and returns to haunt his former home.

His widow (Rooney Mara) grieves and recovers, the house welcomes new tenants and life goes on – but the ghost remains in place. That’s the whole movie, more or less, and Lowery makes it feel like a masterpiece of control and mourning.

Affleck, monosyllabic in life and silent afterward, is fascinatingly blank, while Mara makes her character’s shifting levels of unhappiness, from mild irritation to paralyzed misery, play like a symphony. Lowery also finds room to discuss the metaphysics of creation and oblivion in a monologue by Will Oldham, who may or may not be reprising the role of discontented philosopher he created in Kelly Reichardt’s Old Joy.

There is exactly one startling moment, and it’s entirely human in nature. So, no, A Ghost Story isn’t a horror movie – unless you connect to the horror of the world moving on without you. In which case, yeah.