This isn't the best outing featuring Perry's wild mammy caricature and her family, but it's got a few laughs 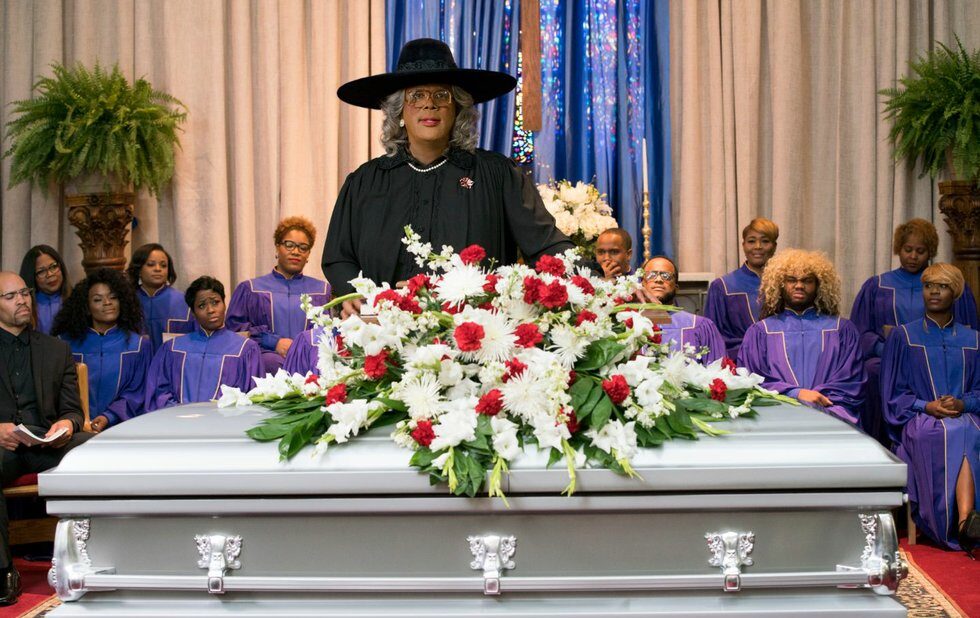 Tyler Perry claims to be hanging up the wig and muumuu and putting his most famed character to rest with A Madea Family Funeral and the coinciding stage tour, Madea’s Farewell (no Toronto stops for this one).

As if age is finally catching up to her, Perry’s wild mammy caricature is going out on a comparatively quaint note. This is the woman we’ve seen take a chainsaw to a couch, crash a sedan through a restaurant and use a crane to lift a car out her parking spot. The most we see from Madea’s temper in Family Funeral is a slap that knocks the dentures out her brother Joe’s mouth.

As usual, Perry tries to balance domestic melodrama with laughs, and here he’s depicting a family trying to heal not from losing a loved one but from the damage they leave behind. Not to put too serious a spin on this, but the movie suffers when it does just that and strays too far from Madea and her crew.

The drama here is a circus show, and only worthwhile because it lends material for Madea, Joe, Aunt Bam and Hattie Mae to riff on. They’re on the sidelines like a gaggle of hens, cackling away and working the chemistry they’ve developed for almost a decade. At its best, the movie is as pleasurable as watching a Jerry Springer episode with rambling and periodically hilarious commentary from your most old-school and ill-mannered relatives.

Family Funeral isn’t the best outing with Madea, and even that isn’t a high bar to clear. But it’s as good a farewell as we’ve come to expect.