Review: A Private War is rescued by Rosamund Pikes performance 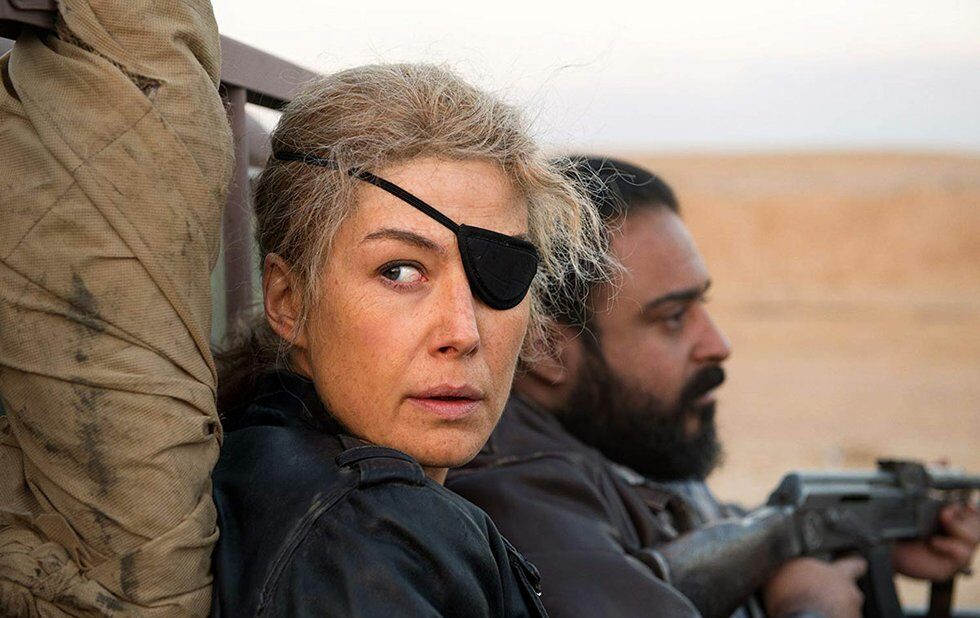 Matthew Heinemans A Private War turns the last decade or so in the life of Sunday Times war correspondent Marie Colvin into a surface-level biopic that occasionally finds something more profound.

This is largely thanks to Rosamund Pikes fully present performance, and less so to Heinemans efforts to amp up the conflicts that defined Colvins life and career. The cinematic flourishes the filmmaker brought to his documentaries Cartel Land and City Of Ghosts were inventive ways of setting those films apart from all the other works about Mexico and Syria in a dramatic feature, elaborate CG recreations of bombed-out cities just feel like overkill.

But if A Private War takes a simplistic view of both global conflict and a journalists PTSD which at one point is represented by a dream sequence that should never have made it out of the editing bay Pike refuses to dumb down her performance. She plays Colvin as consumed with the need to bear witness to inhumanity in the world, and maybe hating herself a little for giving in to that compulsion time and time again.

Its a complexity thats not on the page, and the movie desperately needs it, since all the other characters among them Jamie Dornan as her photographer, Tom Hollander as her editor and Stanley Tucci as the emotionally open millionaire who became her lover spend most of their time looking worried as Colvin pushes herself ever harder.

The actors do what they can to flesh out these roles, but theyre mostly there to relay exposition and express concern, letting Heineman and screenwriter Arash Amel deploy a sentimentality Colvin herself would have had no time for at all.