A Quiet Passion is quietly frustrating 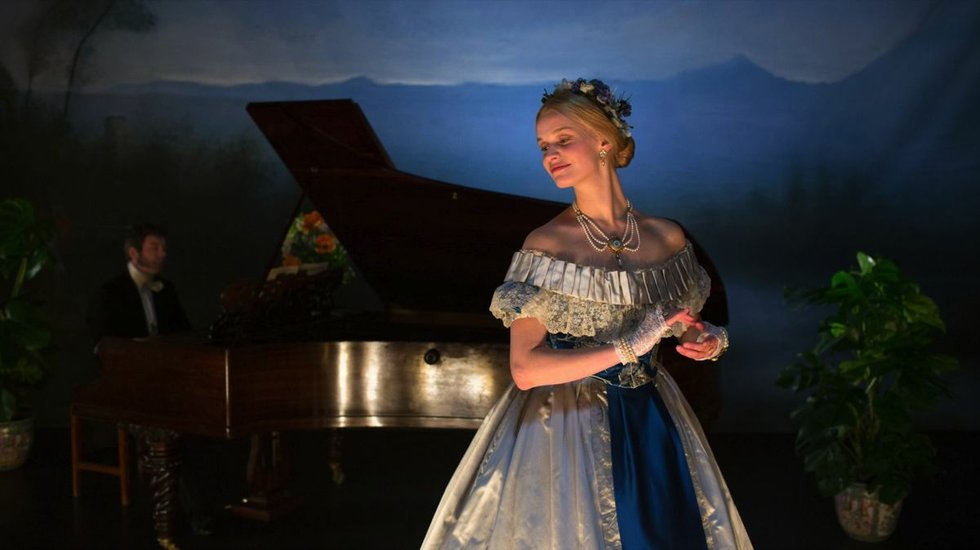 After the sweep of Sunset Song, Terence Davies returns to the smaller, more intimate portraits for which he’s best known. While the life of American poet Emily Dickinson might seem an odd subject for this most English of filmmakers, within minutes it’s clear that A Quiet Passion is right in step with the rest of Davies’s filmography.

Like his brilliant (if unjustly neglected) adaptation of Edith Wharton’s The House Of Mirth, this is an American story that might as well be English. The world in which the characters operate is as suffocating and repressed as the postwar Britain of The Long Day Closes or The Deep Blue Sea. It’s the New World, but the people who live there are already so very old.

It’s a slightly stylized look at Dickinson’s life and work, with Cynthia Nixon playing the increasingly reserved poet from girlhood to her death in 1886, aged 55. There is little in the way of incident, at least from Emily’s perspective she works, she writes, she falls into the shadow of her livelier sister Vinnie (Jennifer Ehle), she recedes from the world. The poems come, but she does not seem to enjoy them. The film forces us to share her sense of remove, watching as she refuses opportunities that might have made her life feel more full.

It’s an interesting strategy, and for a while I could appreciate it. But as the movie stretches on, Davies’s deliberately flat staging and static camera – clearly intended to convey the rigidity that defined upper-class life in 19th-century America – make A Quiet Passion feel stiff and musty when it doesn’t have to.

On the upside, Nixon and Ehle are great – especially Ehle, who’s alive and engaged in every moment – and Keith Carradine makes the most of his smaller role as the Dickinson patriarch. While I understand that the experience of watching Emily Dickinson become increasingly isolated is meant to be frustrating, I’m not sure the film itself is supposed to be frustrating as well.