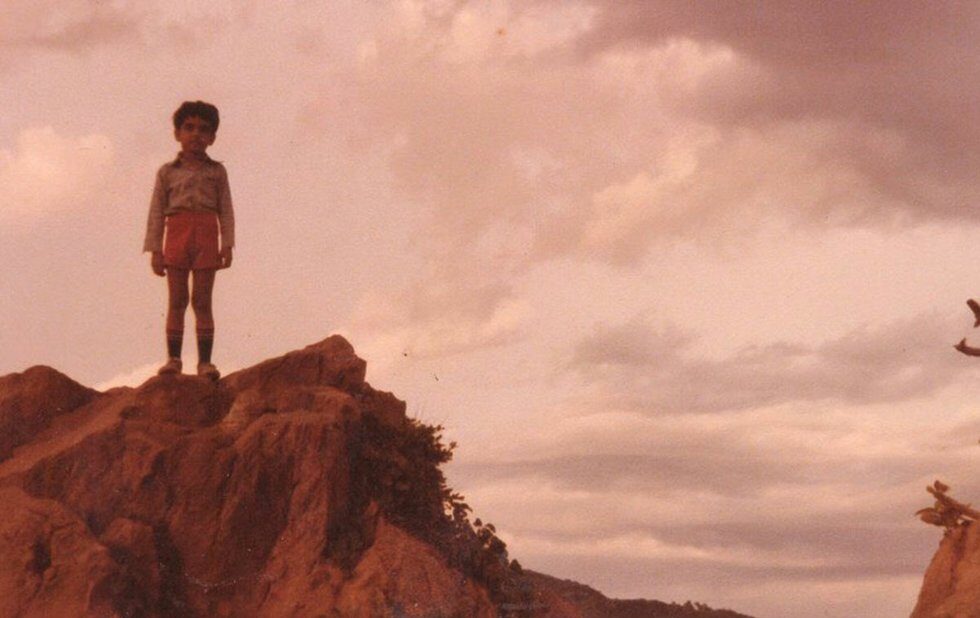 Coming out is difficult under any circumstances, but for writer/director Arshad Khan, who was born in Pakistan and moved to Canada as a child with his family, it was even more so.

Abu means “father” in Urdu, and much of this film recounts his love/hate relationship with his stern, strict Muslim father. Once an aspiring photographer, Khan’s father was a rising entrepreneur in Islamabad, but once he emigrated to suburban Toronto, he never found professional fulfillment. Disillusioned, he became more devout, while criticizing his children, especially Arshad, for their western ways.

The filmmaker, who also narrates, employs many techniques to help tell this layered story, including animation and clips from Bollywood movies.

The most affecting moments come from the generous use of home video. It’s here we see Khan as a seemingly carefree boy (some secrets about this will be revealed later), a surly, bullied adolescent (the only brown kid in a white suburban school) and then an excited university student and gay rights activist.

It’s not just Khan’s father who is radically altered after he moves to Canada his mother, too, goes through a big change, and the present-day footage of her is among the most enigmatic.

While some questions remain unanswered by the end, it’s still a fascinating look at navigating various cultures. And the final moments are exquisite.