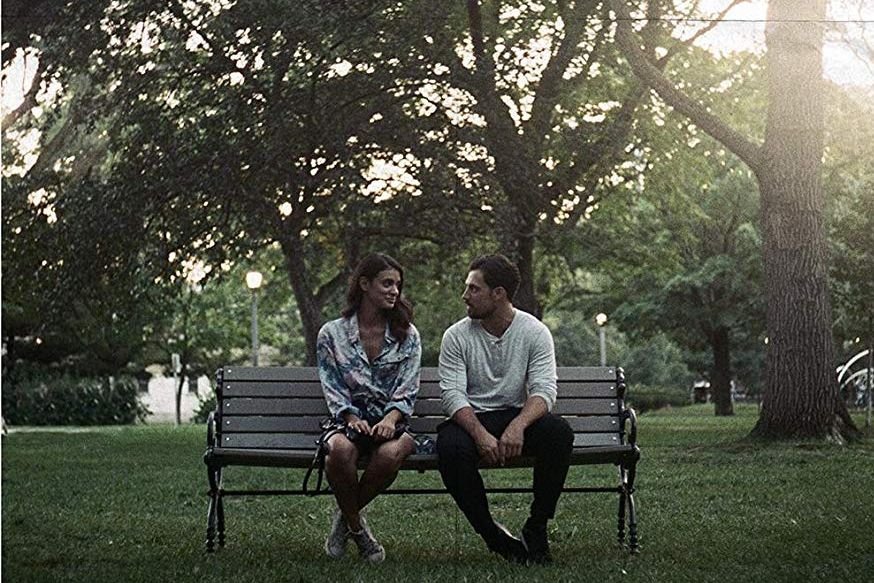 Natty Zavitz started out as an actor – he played Bruce the Moose on Degrassi: The Next Generation and appeared in 2017’s Cardinals – but he’s recently started a promising career as a writer and director.

His first feature, Edging – which screened at the Canadian Film Fest last spring – was a modest little drama about a group of Toronto friends dealing with their quarter-life crises at a housewarming party. It was simple, smartly structured and filled with strong performances.

Zavitz’s follow-up, Acquainted, demonstrates a confident expansion in scope, shooting in locations in and around the city – mostly the Junction and Queen West – to tell a story of an emotional affair that threatens to become something far more complicated.

Drew (Grey’s Anatomy’s Giacomo Gianniotti) and Emma (The Gifted’s Laysla De Oliveira) went to the same high school but didn’t really get close. Now in their early 30s, they bump into each other at a bar and discover some serious chemistry.

Which would be fine, except they’re both in committed relationships: Drew just bought a house with his girlfriend, Claire (Rachel Skarsten, who co-starred with Gianniotti in Reign), and Emma’s living with Alex (Raymond Ablack, of Narcos and Shadowhunters). So nothing can happen between them – but they’re adults, right? They can still hang out.

Acquainted is really smart about how people delude themselves into making dumb decisions while lying about what they really want. Drew and Emma aren’t bad people – they’re just willing to make whatever rationalizations are necessary to clear a path to each other’s genitals.

And over the course of a slow, thick summer, the two of them grow closer and closer, receding in turn from their actual partners. It’s a tricky needle to thread, dramatically speaking, because we need to understand the fracture points in their existing relationships without ever feeling like Claire or Alex deserve this kind of treatment.

This is where Zavitz reveals himself to be a hell of an actor’s director. The performances were a strength in Edging as well, but that movie was a bit lighter overall. Acquainted goes deeper, letting all four of the key players develop their characters into real people.

Gianniotti and De Oliveira play up the selfish, short-sighted sides of Drew and Emma while still showing us their charm and warmth, while Skarsten gives Claire an impatience that we empathize with more and more over the course of the film. Ablack doesn’t have quite as many opportunities to explore the very focused Alex, who spends most of the movie chasing an apprenticeship in Japan, but we know who he is and what he wants.

It’s also intriguing that both this film and Edging use home ownership as the trigger for an existential crisis. Zavitz might be onto something here, or maybe he’s just a keen observer of the Toronto bubble. In either case, it’s the sort of detail that makes Acquainted feel deeper and richer as a drama, and well worth watching.