Although it’s set during the Second World War, this look at autocratic fascism adapted from the Hans Fallada novel has contemporary parallels 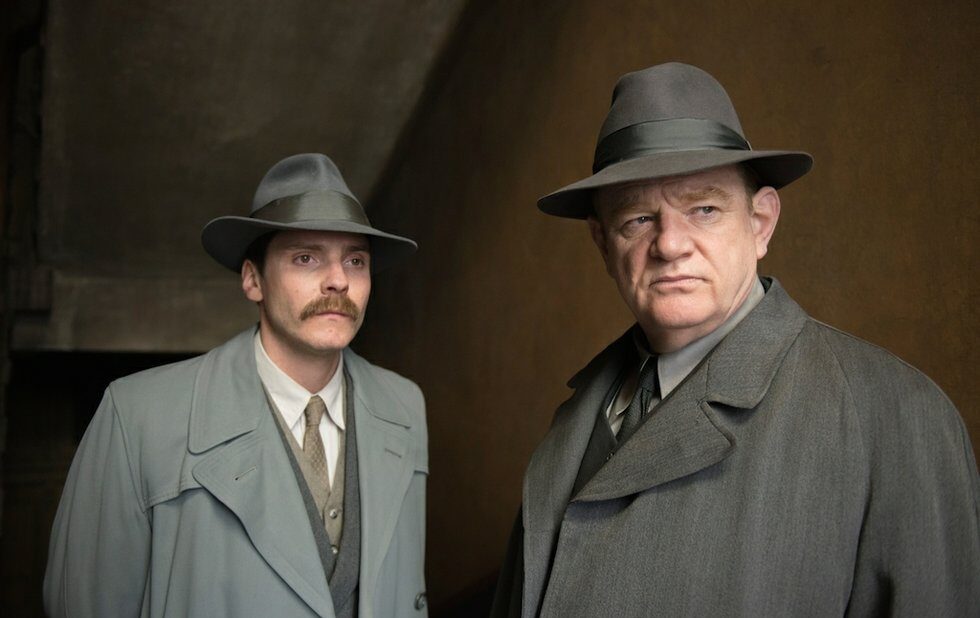 Vincent Perez’s Alone In Berlin was shot around two years ago, well before Donald Trump was a serious contender for the Republican presidential nomination. But autocratic fascism was already in the air in Europe, and it’s hard not to ignore certain contemporary parallels in this Second World War drama-cum-thriller.

Adapted from Hans Fallada’s novel – which fictionalized actual events that occurred early in the war – Alone In Berlin tells the story of two good Germans who push back against a nation spiralling into darkness. But more than that, it’s a domestic drama about two people slowly rediscovering their importance to each other.

It’s 1940, and middle-aged Otto and Anna Quangel (Brendan Gleeson and Emma Thompson) are shattered by the news that their only son has died on the battlefield. Otto, a machinist, retreats into himself, while Anna sleepwalks through her daily routine of housekeeping and social visits. Then one day Otto starts writing anonymous notes of protest and leaving them around the city.

When Anna finds out about this, she insists he let her help. The activity lets the couple channel their grief into something constructive but also puts them in real danger. Although the notes are simply cries of pain – barely even impolite – they eventually reach the Nazi high command, which orders a police detective (Daniel Brühl) to ferret out the source of this anti-government subversion.

Director/co-writer Vincent Perez – perhaps best known as Isabelle Adjani’s lover in Queen Margot – brings an actor’s perspective to the material. He’s less interested in elaborate chase scenes and the mechanics of espionage than in exploring the Quangels as a distant couple brought together again by their awful new purpose.

Gleeson and Thompson are more than up to the challenge, delivering riveting performances that easily pull Alone In Berlin over its more clichéd genre beats.

I can’t call it wholly successful – the scenes with Brühl’s character feel like they were dropped in from a much less interesting movie, and the messaging at the end is pretty heavy-handed.

But whenever Perez locks us in the Quangels’ apartment with Otto, Anna and their secrets, Alone In Berlin is a master class in tension and intimacy.